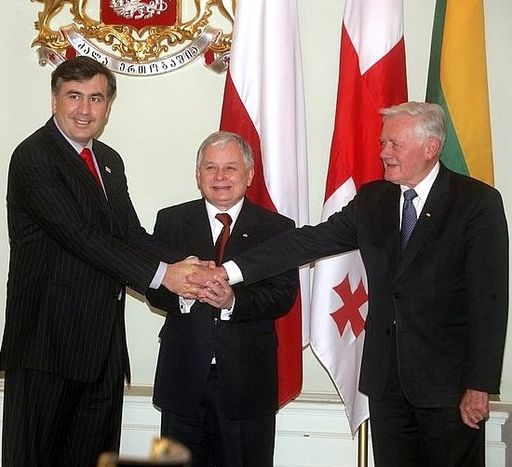 Poland and others - Europe's reactions to war

'Russia can have only vassals or enemies at its borders.' Reflecting back over the course of centuries of history, George F. Kennan's observation has again proved to be perfectly accurate. Why is EU foreign diplomacy still stuttering?

Ahead of a meeting scheduled for 12 September in Tbilisi, the figureheads from Poland, Ukraine and the Baltics - the closest neighbouring western countries to Russia (besides the undemocratic Belarus) - lent their support to the Georgians attacked by the Russian army on 8 August. Polish president Lech Kaczyński appealed for an end to Russian imperialism, not so much as to the 150, 000 gathered Georgians, but rather to European public opinion. Western European politicians like French foreign minister Bernard Kouchner travelled to the danger zones in person to seek a military ceasefire between Georgia and Russia, before the peacekeeping mission led by the French president Nicolas Sarkozy with the same goal. 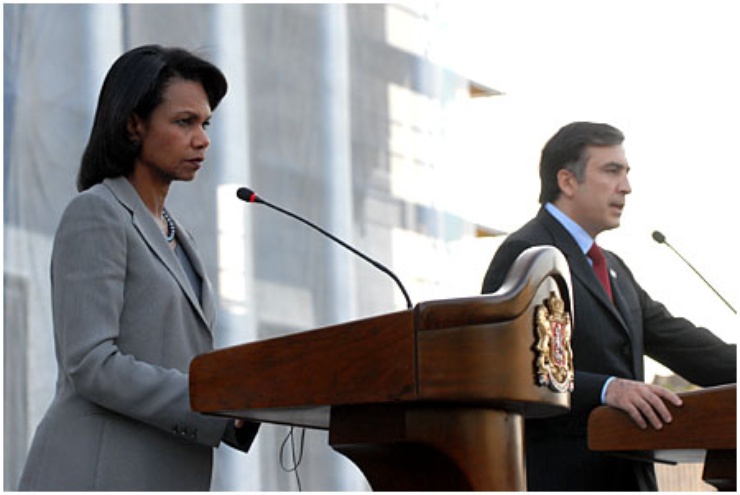 In the Black Sea resort of Sochi on 15 August, German chancellor Angela Merkel criticised a defiant Russian president Dmitry Medvedev on the withdrawal of Russian troops from Georgian territory. Swedish foreign minister Carl Bildt also pledged his support to Georgia; in an official statement on 9 August, he compared Russian policy to that of Hitler in the run-up to the start of the second world war. Some have likened the Russian intervention in the breakaway Georgian province of South Ossetia to the invasion of Czechoslovakia by the Russian army in 1968, including US secretary of state Condoleezza Rice. She was making the comments on 13 August, shortly before a trip to Georgia.

Others such as Zbigniew Brzezinski, the foreign policy adviser of current US presidential candidate Barack Obama, compare it to the annexation of the Sudetes by Germany, to which Europe gave its consent. Czech president Vaclav Klaus added: 'I refuse to accept this widespread, simplified interpretation which paints the Georgians as the victims and the Russians as the villains,' in an interview on 15 August with Czech Radio.

All for one, one for all 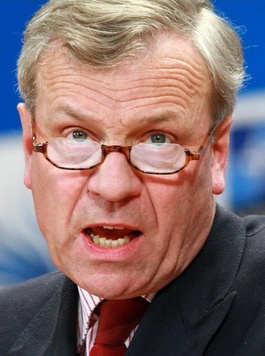 The Russia-Georgia war has allowed Europe's diverse visions to resurface. However, it is not comparable to those born in the aftermath of the American military intervention in Iraq in 2003. Once again, the EU does not show a diplomatic policy based on shared values in the field of defence. The peacekeeping forces will, unlike those in the former Yugoslavia, have an EU mandate. Germany has pledged that Georgia 'could still join Nato' (the international organisation ensuring military solidarity between members). Jaap de Hoop Scheffer, Nato's secretary general, has also pledged his support to Georgia and rejected Russian president's 26 August recognition of Georgia's two breakaway provinces. It is he, under the banner of Nato, who ensure future steps for Georgia. At the same time, Europe's leaders are all pursuing their individual national policies.

With the absence of the fully-ratified Lisbon treaty, the hopes of any kind of European foreign minister are hardly realistic. But is the desire of politicians advocating a stronger EU sufficient enough to present one, single coherent voice of all the European states aspiring to a peaceful resolution of the Russia-Georgian conflict?

'It's Georgia today, Ukraine tomorrow and Poland may be next' -  Lech Kaczyński

Each nation has its own concept of the past. The words uttered on television by Kaczyński, frightened by Russia - 'It's Georgia today, Ukraine tomorrow and Poland may be next,' underline the Russian imperialism to which the EU has no adequate response. Russia however remains indispensable because of its wealth of energy that Europe needs so much. The Germans certainly appreciate it (the construction of the North-Stream gas pipeline under the Baltic Sea is nearing completion), and the leaders of countries formerly belonging to the communist bloc, that Russia has threatened to cut off their supplies, know this fact all so well too. The critical words of western European leaders about the war in Georgia are not only a sign of support to the Georgian people, but are also a sign of courage ('Big Brother - Great Anger': an allusion to George Orwells '1984' and to past relations, the Poles used to call the USSR 'Big Red Brother' or Wielki czerwony brat - ed).

Evidence of that comes in the de facto foreign policy: one member state does not represent the European Union as a whole. Western Europe, alienated by Russia, weakens the ability of the EU that 'juggles' between its pledge of loyalty to its European partners on energy, and the Russian energy suppliers that can lay down the conditions. Already, Russian diplomats 'appreciate' the weight of Poland and of the Ukraine in defence of the Georgians. As proof of this, Russian foreign minister Yevgeny Primakov has cancelled a scheduled visit to Poland, and the Latvian ambassador has said that 'Russia won't let it go'. As for the Ukrainians, it is difficult to demand the disengagement of the Russian fleet in the Black Sea, based in the Crimea. And yet, a collective European intervention in the name of maintaining peace in the separatist provinces of Georgia would be not only a useful step, but also a tactful one.