Pokémon Go is blasting off at the speed of light

Here at cafébabel we take journalism very seriously. We recognise the importance of proper research, and the value of a good on-the-ground report. Thus, armed with a smartphone, off we went on a Pokémon hunt in Paris. We picked a nice sunny morning, and started at Trocadéro.

It’s hell, combined with sheer madness, combined with some sort of pseudo-religious cult. Even now, days later, we still get flashbacks. A bunch of people dressed in red under the Eiffel Tower, one of them rolling their eyes and sighing: "This fuckin’ Pidgey, I swear to God." A random passerby exposing himself as a closet trainer by crying out loud: "It won’t let me touch the rat!" (it seems that Paris is full of Rattatas). But first and foremost, us – sweaty, burnt to a crisp in the sun, stumbling on our blistered feet, half-mad with thirst, but ultimately still laughing like little kids about finding a Squirtle under Notre Dame. Still throwing one Pokéball after another to get catch one stupid Zubat flapping around in the Tuileries Garden. Still being incredibly salty about the lack of Staryu in the fountains around the Louvre.

What kind of drug have they put in this thing, honestly? 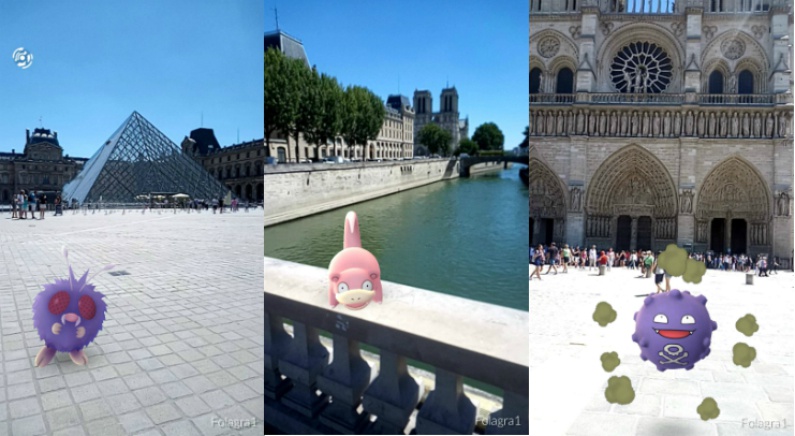 Pokémon Go and the power of nostalgia

Let’s face it, the reason for Pokémon Go's huge success can be summed up in a single word: nostalgia. Yes, we're talking about the particular sensation that sneaks up on you like a thief and tenderly wallops you over the head, leaving you no choice but to start reminiscing about the proverbial good old days. The days when at four in the afternoon, regardless of whether the thermometer hit the temperature usually only encountered on the surface of Venus, you would abandon a pile of homework on the French Revolution, slip past your mother sleeping on the couch downstairs (and what a light sleeper she was), and sneak out of the house to a small square on the corner of the street to meet the boy living on the other side of the square.

Maybe today, you thought, he'd give you that Arcanine for which you were willing to present him with the heads of all your living relatives on a silver platter. Or maybe you’d finally convince him to clone his Dragonite and then give it to you, risking literally everything in an act of "selflessness" – which had to be paid back with an entire carton of Eevee’s eggs and the promise to introduce him to one of your sister’s friends (the pretty one). After all, the risk of losing the Dragonite knows no price. The stakes were high, the possibilities endless, and no matter what would happen, it was sure that your essay on Marat and Robespierre would remain unwritten.

Nintendo might have used the excuse of "finally getting the kids out of the house", but the truth is that the evil marketing geniuses from Japan knew very well that it would be us, "the grown-ups", who would take to hunting Pokémon as dehydrated ducks to water, overjoyed to finally find a practical use for the ridiculously expensive smartphones in our pockets. The generation gap has never seemed as unbridgeable as today, when our parents cannot possibly fathom why on Earth their adult child would drive 150 kilometres at 4am, through isolated mountain roads where even buzzards go insane and try to kill themselves out of solitude, just to catch a "Meee-u" (whatever the heck that is). What their generation doesn’t realise is that even though we might have swapped the playground for an old, world-weary Nissan Micra and student loans, we still want to fulfil our childhood dream of being the very best, like no one ever was.

What's more, the omnipresence of these monsters (though the International Space Station has confirmed that they haven't taken to the stars just yet), combined with the relatively novel concept of augmented reality, may cause confusion among those who are simply not accustomed Niantic's high-tech game. Take Aldo, a retired 75-year-old florist from Rome who was somewhat taken aback by all the young adults walking around his neighbourhood, staring at their phone screens and shouting incomprehensible names. Upon discovering that they were all talking about "invisible beasts hiding everywhere around us", Aldo decided to take proper precautions and sent a message to his wife Franca, asking her to "close all the windows and plug in the bug zapper."

The life of a Pokémon trainer might be full of hardships, but we don’t hunt alone. It’s not difficult to find Pokémon companions, seeing as our entire generation seem to have renounced all forms of social and professional life to become full-time trainers. There are those who have quit their jobs to catch 'em all. Those who get stabbed, but refuse to go to a hospital so as not to lose the fight to become a Gym Master that's already cost them three Pidgeots and an Electabuzz. Those who organise hunting escapades on private grounds (or in restricted areas, such as, let’s say, Area 51), believing that even if the grass on the other side of the fence is not greener, it's probably full of Bellsprouts. 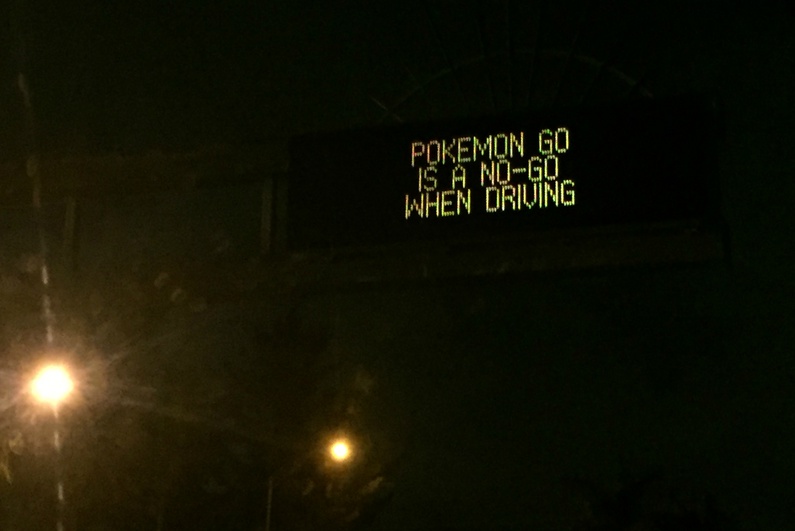 The sheer number and obsessiveness of the trainers guarantee you dozens of potential playmates to choose from. On the other hand,  catching Pokémon is still a surprisingly solitary form of entertainment. It’s always nice to spend a entire lunch break at work comparing Bulbasaur stats with your colleagues, but the game doesn’t have a lot to offer when it comes to actually playing with other human beings. "The system doesn’t allow for more than one fight to be played at any given time. Three people dueling for the same gym is more than enough – you already feel as if you're competing with a thousand," a friendly trainer distractedly explains while beating someone's Vaporeon into an unconscious mess to secure the gym at the Arc de Triomphe. It's an unexpected development for a series of games that are usually released in pairs (Red and Blue, X and Y, Sun and Moon) to encourage players to exchange Pokémon between themselves.

No matter how invested you are in the game, it's sometimes hard to ignore the legions of Real Adults who won't miss any occasion to point out the fact that Pokémon don't exist, that augmented reality is not real, all of this surrounded by an inscrutable aura of mature superiority – the same that enshrouds your parents when they start talking about tax revenues. But maybe the reason for this stick-in-the-mud attitude is simply fear? The vision of an archetypal "geek" - usually unaccustomed to social interaction - taking to the streets and actually talking to other people seems to worry fans of "non-augmented" reality. Perhaps, they're scared of not being able to control or fully comprehend something they can't see, but that may seem real thanks to technology. Perhaps, when they say "Pokémon do not exist", they can't quite shake off a quiet voice in the back of their heads whispering: "They do not exist yet."