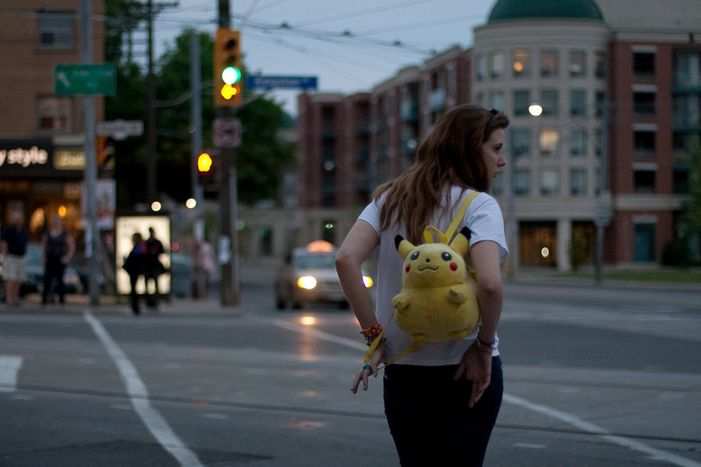 Pokémon Go: Gotta catch 'em all, no matter your language

It's 2016 and Paris is full of Pikachu. Hoping to snag a Lapras in London? A Bellsprout in Berlin? You'll need a little help as you travel across the land, as the names of Pokémon vary from language to language. If you wanna be the very best, you're going to have to brush up on your Poké-linguistics. Presenting cafébabel's guide to speaking in Lickitungs.

The 90s are back with a vengeance. All across Europe, the Pokémon Go phenomenon is forcing people off their sofas and out into the streets, or in some cases, into minefields. But it's not just a spike in traffic accidents that's uniting budding Pokémon Masters across the continent, a burst of nineties nostalgia has caused the app's popularity to skyrocket, connected to the original release of the Pokémon games. Though while the Pokémon we catch may look the same, we'll often call them something different depending on our language.

The Kyoto-based consumer electronics company Nintendo released the first titles in the Pokémon video game franchise in 1996, meaning the original names of Pokémon were in Japanese. The English language versions of Pokémon Red and Blue didn't hit North America until 1998, the year we first heard the rallying cry "Gotta catch 'em all". Only then did a generation of Anglophone trainers first have the opportunity to venture into the tall grass outside Pallet Town, armed with Bulbasaur, Charmander or Squirtle – the choice of critters available to players at the start of the game.

Nowadays the latest instalments of the game – Pokémon X and Y – are set in an alternative version of France, complete with Poké-parallels of Versailles and the Eiffel Tower. But it took until 1999 before French trainers (or dresseurs) were ordered to attrapez-les tous. Their fabled choice of starter Pokémon consisted of Bulbizarre, Salaméche and Carapuce. Germans on the other hand, were faced with Bisasam, Glumanda and Schiggy.

I wanna be the very best, in 15 different languages.

Alongside the games, the 90s generation got a further treat when the Japanese anime hit European shores in 1999. In the UK, Ash, Brock and Misty traversed the fictional land of Kanto, named after a region of Japan that bears the same name. In France, our heroic trio became Sacha, Ondine and Pierre (meaning stone). In Germany, only Brock needed a deed poll, becoming the rather self-explanatory Rocko.

Pikachu is pretty much the only major character to keep their original Japanese name throughout the continent. When in doubt, no matter where you fire up Pokémon Go, you can always inquire into everyone's favourite electric rodent.