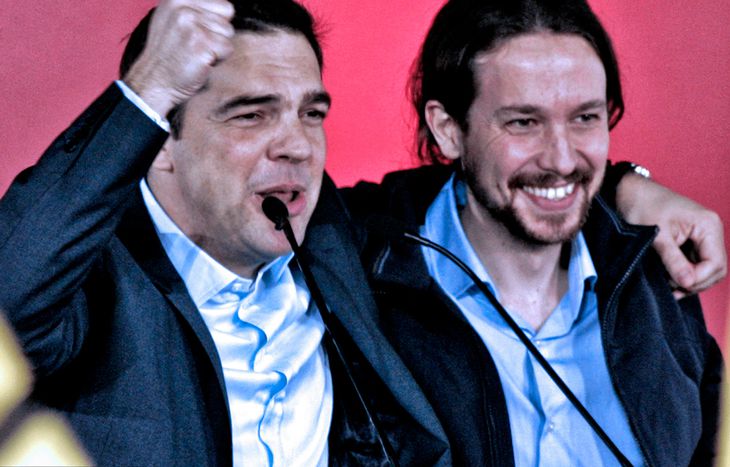 Podemos and Syriza: two sides of the same coin?

The press around Europe has continuously paired Podemos and Syriza together due to their political discourse of anti-austerity and the close-knit relationship between Pablo Iglesias and Alexis Tsipras.

But we must be cautious and avoid making the assumption that Podemos’ electoral performance in November will be intrinsically tied to Syriza’s governing performance.

There are enough differences between Podemos and Syriza to believe that they will not become two sides of the same coin… and that Podemos will not follow in Syriza’s footsteps.

For starters, Tsipras’ challenge in facing the EU stems from very different circumstances: Unlike Spain’s crisis, Greece has to face a scenario of complete social despair which is on the edge of becoming a humanitarian crisis. From an economic point of view, both parties are exposed to contrasting economic realities.

While Greece has been bailed out several times for an estimated €240bn and has a public debt of 176% of its GDP with more than 3.7 million people living under poverty; Spain has been experiencing a rather different, slightly more positive economic trajectory that is “troika-proof”.

Spain only drew on €41bn worth of EU funds to rescue its banking sector and exited from the programme last year. Furthermore, with the highest expected growth rate since 2007 and a macroeconomic recovery on course, it may be  difficult for Podemos to fight these facts, even though the effects are not trickling down to the average citizen. Discontent seems to be fading away. 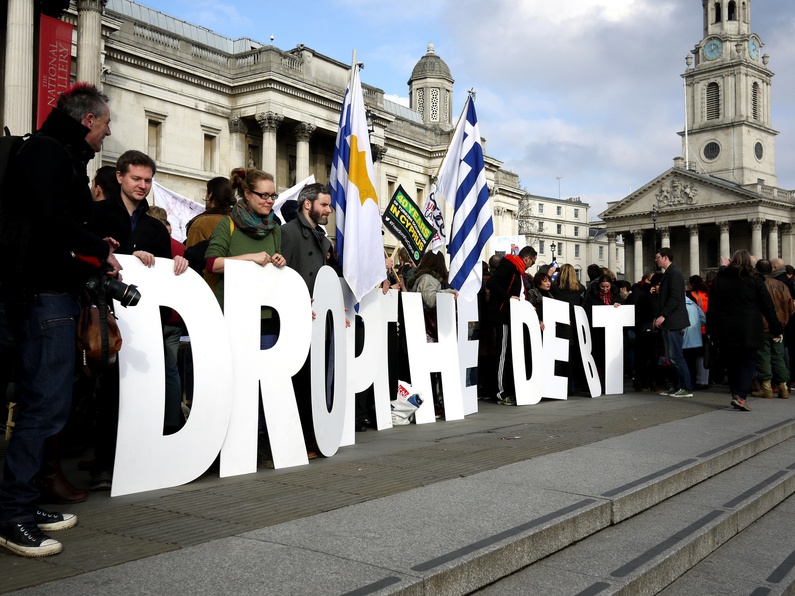 Apart from the economic situation, public opinion of the European Union is very different in the two countries. Only 45% of Greeks consider themselves as European citizens compared to around 70% in Spain. Tsipras has been able to flourish and take advantage of this to challenge the Troika precisely because Greeks believe that the EU has given them a very rough ride. It is a chance for him to remain coherent – something that is so difficult to achieve in politics.  In Spain, Pablo Iglesias will find it much harder to do this without damaging his integrity, which – one could argue – is yet to be tested.

Indeed, Podemos and Syriza differ when it comes to ambiguity. Tsipras openly defends left-wing ideals and clearly identifies his party as one, whereas Iglesias shies-away from this identification, conjuring attractive and unsubstantial propositions that are based on populism. There is nothing missing in Podemos’ ideological supermarket, except of course, concrete cost estimations.

One of the reasons why Syriza has made it to power is due to the structure of its objectives, prioritized and quantified in a hierarchical manner. The three pillars of expenditure (humanitarian needs, pensions and salaries restructuring, and macroeconomic growth incentives) have specific budgets and aims. They have made themselves accountable to Greek society by putting themselves on the line and showing all of their cards.

A party like Podemos, with no history or tradition, needs to have a particularly strong electoral program and clear-cut ideas if it has the desire to govern after the November elections.

It has so far done a great job in giving a much-needed wake-up call to the traditionally dominant Spanish parties - Popular Party (PP), and Labour Party (PSOE) - and shaking things up in the Spanish political panorama, but that can only be a short-term strategy. One that they must be careful with if they do not wish to go down as mere agitators in the history books. 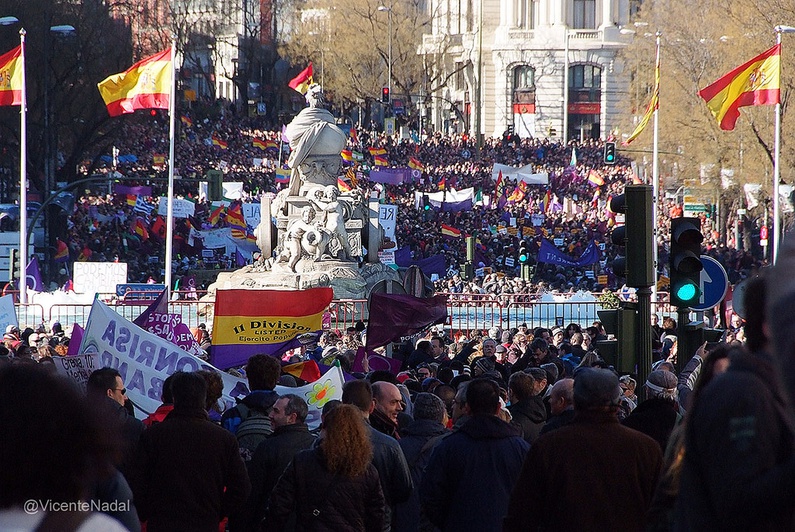 Podemos needs friends – and important ones – if it is seeking to have any share of power in the upcoming Spanish elections. When Alexis Tsipras reached a coalition agreement with Panos Kammenos, the leader of anti-austerity right-wing party “Independent Greece”, he proved to be flexible enough to set aside ideological differences to fight the common enemy – Germany.

What is the likelihood of something similar happening in Spain? Well, quite bleak. Podemos would need a considerably larger party to ally with, as the current predictions place Pablo Iglesias’ party in the mid-20% area – far from an absolute majority. The only possible options would be the PP or PSOE, which are precisely the parties they are trying to target in their “us vs. them” fight.

Podemos’ integrity would be smashed to pieces if it were to occur. What's more is the growing rumour that both of these parties would be willing to align in order to maintain Spain’s bipartisanship and keep Podemos at bay.