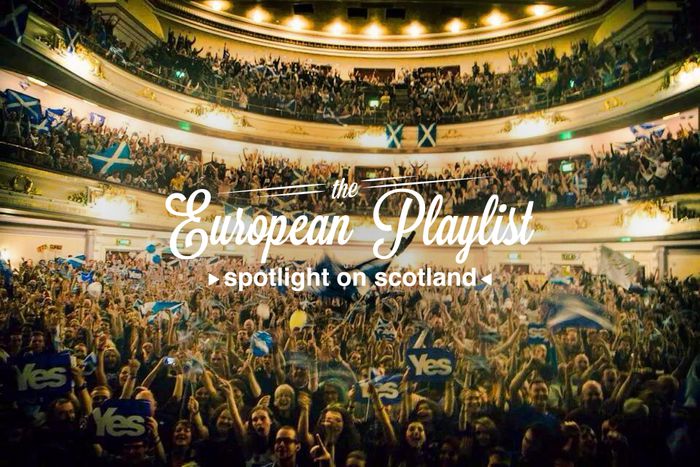 Playlist: Spotlight on Scotland, yes or no?

On September 18th, Scotland will choose its destiny: alone or as part of the Union Jack? While awaiting the decision, what do Scottish musicians think about it? Here is a playlist that is divided between 'yes' and 'no'.

September 18th 2014. Today, the United Kingdom awoke to a referendum. But, are we certain that it will remain united? Only the Scottish ballot boxes can reply. Meanwhile, a sort of confusion reigns, or even better, Anarchy In The UK- Sex Pistols.

Musicians sway public opinion with their endorsement. Almost all (even the most reticient to admit it) have an enormous ego, directly propotional to their influence over public opinion. Then, there are newspapers that love to speculate on the news to sell numerous copies. The result? All (or almost) wanted to say their opinion, adhering to either the 'yes' or 'no' side. Here is what a few Scottish artists think.

Along with his colleagues Mogwai and Frightened Rabbit, Alex Kapranos played on September 14th at Usher Hall in Edinburgh for a concert eloquently entitled “A Night For Scotland”. What is left to say? "I say don't you know! You say you don't know! I say..." Take me out! - Franz Ferdinand

Sometimes, someone changes their mind in the midst of everything. In this instance, Stuart Murdoch switched to the 'yes' side after following a long debate on independence. The leader of Belle & Sebastian gave his political explanation: "England seems to be a little bit lost - obsessed with immigration, obsessed with anti-European sentiment, all these negative things. Maybe it’s just time to cast off and do our own thing.” So, has  Another Sunny Day arrived in the country?

Finally when we arrive at cheeky Stanley Odd and his "Rap for Independence" in Marriage Couselling (recommended by Babelian Ceris Aston).

We all know that with age comes wisdom, good old Rod, a good Englishman with Scottish origins, hopes that the country will stay under her Majesty and with a biting voice from another time says in his own way: Stay with me - The Small Faces

But Rod isn't alone. Many rock veterans are defending the cause of her Majesty alongside him. Once upon a time they were distressed youth offstage, today they are some of the most outspoken endorsers of 'no'. Among their ranks include Mick Jagger, Sir Paul Mc Cartney, the 'Thin White Duke' David Bowie and David Gilmour of Pink Floyd.

But the 'no' side has another supporter, another slightly less famous Rod, but the founder of Idlewild. Jones, Scottish by adoption, won't be there. His Edinburgh should remain under the Union Jack. Dear Scotland, "You Held the World In Your Arms Tonight". The future is in your hands.

Will the Scottish sing "God Save The Queen" once again? Meanwhile, let's round off the discussion with this song, dedicated to an elderly and respectable lady who is slightly worried at the moment.