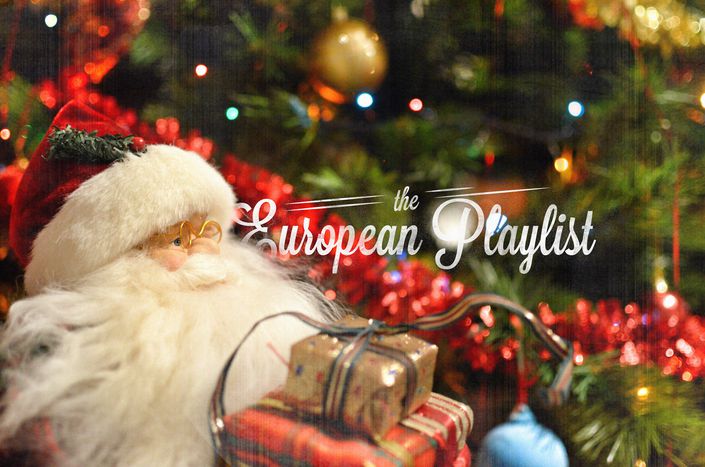 Playlist of the Week: We Wish You A Merry Kitsch-mas

We know what you're thinking: another fucking Christmas playlist. Not so fast. In honour of the holidays, we have compiled a selection of the most tantalizing, eardrum shattering anthems, from the worst covers to our beloved Celine Dion. Merry Kitsch-mas!

No Kitsch-mas is complete without Céline Dion. Our first song on the list may not be a cover, but it is a legitimate cheesy Christmas classic, brought to you by the most lethally kitsch duo of Christmas music: Andrea Bocelli and Celine Dion. The anthem of all Italian-Canadian Christmases, complete with impressive vocal acrobatics.

Our next classic comes from Billy Mack, the washed up British crooner from Love Actually. Cheesy female backup band included.

This lively Polish song, originally by Skaldowie, will make you want to jump on your sleigh with all your family and friends to welcome the holidays, circa 1960s. Edi gives us his version of this classic. Don't forget Rudolph. Święta Bożego Narodzenia!

British band The XX brings us their painful breathy remake of an 80s Christmas classic. If you are asthmatic, you'll be in need of your inhaler.

France's entry on this list comes courtesy of Franco-Canadian Garou, who nicely lights our Christmas tree on fire before we have opened the gifts, with the help of his small musical elf. Joyeux Noël!

1980s synthesizers, Christmas jumpers, sexy Spanish-Mexican señoritas with perms swaying their hips to catchy pop tunes...what else could you ask for as a holiday gift? Pandora transports us back to the beaches of Murcia in 1985.  Feliz Navidad a todos!

From our eastern neighbours, here we have a slightly off tune cover of a Russian Christmas classic, filmed in a church basement somewhere in Siberia.

For the British comedy Love Actually, singer Olivia Olson interprets Mariah Carey's classic Christmas anthem. The result? That's up to you to decide.

When Germans remix Spanish carols, there is a risk that all hell breaks lose. It's hard to look away from this trainwreck. Wolfgang Petry delivers what could be the most oddball version of Feliz Navidad, complete with 1990s mullet, moustache and multi-coloured bracelets. Your ears will most likely be bleeding from the ungodly combination. Frohe Weihnachten!

While this Romanian gem may not be a cover, we figured Horia Brenciu deserves the honour of most kitschy-ist Christmas music video in recent memory, re-affirming Romania's reputation in music mastery. If you're not convinced, check out Cezar from Eurovision 2013.

While Italy is renowned for its musical prowess, this treasure doesn't do justice to the Il bel paese. Italian already carries beautiful melodies; these artists have no excuse. Somehow, someway, Dottor Zero Trash & Joe Natta manage to butcher the Italian language, to the point that it sounds like a drunk Texan in a bar fight with a rough housing lad from Edinburgh. Buon Natale!

For those with a little extra time curled up to the fireplace on Christmas Eve, we bring you two full length concerts, especially chosen for their kitsch factor.

First up, the 45 minute Kelly Family Christmas Special. This travelling American/Irish/Spanish/East-German/Polish ragtag clan of children and their dad, who eerily resembles Santa Claus or God, bless us during the holiday season. Enjoy!

Finally, arguably the most heavenly-sounding gang of pre-pubescent boys on our list: The Vienna Boys Choir. No holiday season is complete without their concert, a long-standing tradition in many European households. Following our nostalgia theme, here is the 1977 version. No one does Christmas carols like German speakers.