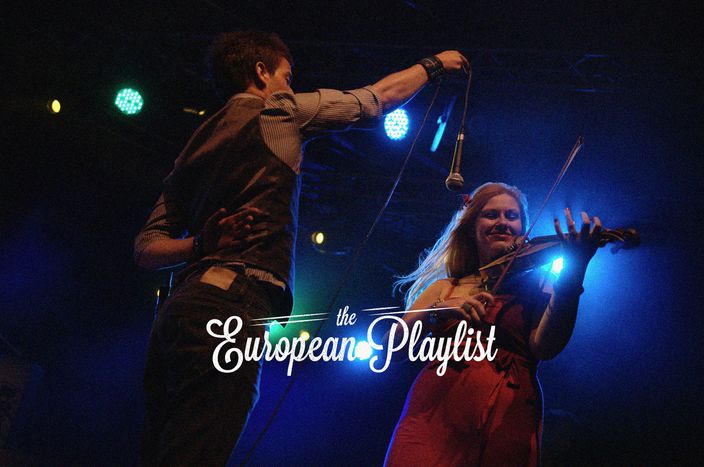 On November 3rd, a debate was held regarding the Irish language and the Ulster Scots during which Campbell addressed the assembly with the words "Curry my yoghurt can coca coalyer," which is a bastardised version of "Go raibh maith agat, Ceann Comhairle," meaning "Thank you, Chairperson" in Irish. Sinn Féin politican and MLA Carál Ní Chuilín responded by saying "I think your conduct is not befitting the members of this chamber. And it doesn't warrant an answer." Whether or not Unionists loathe all things Irish, to make an intentional mockery like Campbell did is simply bad form, given the strong political rivalries that have existed between Nationalists and Unionists for decades. That's why, Mr. Campbell, if you'll permit me to use a linguistic bastardisation of my own, you done gone fucked up.

Mr. Campbell, I understand you're a Unionist and believe in the merits of Northern Ireland having strong ties to Great Britain. That's fine; everyone's allowed to have their own political affiliations. But to unabashedly mock a language that's existed in that region for hundreds of years? Unacceptable. Because we like to embrace diversity here at cafébabel, and love to revel in the traditions that different cultures have to offer, we have decided to compile a playlist to celebrate the splendor of all things Irish, in an attempt to counteract bigotry like Mr. Campbell's. Irish music is just as inherent a part of the culture as is the language. Steeped in tradition, memories and hardships, it cuts straight to the hearts of not only the Irish people, but also to the hearts of anyone with even the slightest pulse.

To start, we've got master concertina player Tim Collins. Originally from West Limerick, the highly acclaimed musician has travelled all over the world to teach people how to play the concertina, an instrument whose buttons produce a different note, much like the button accordion, depending on whether the bellows are pressed or pulled. That's why playing the concertina requires a lot of skill and dexterity. Let yourself be blown away by Collins' finesse.

Tim Collins - The Humours of Tullycrine / The Garden of Daisies (2009)

Lunasa, whose name is derived from the ancient harvest festival Lughnasadh, is one of the most quintessential modern Irish musical groups you should know. Listening to the following set is ideal when driving through a countryside of lush rolling hills and bright, cumulous clouds.

Here you see four skilled Irish musicians play together in what's known as a session or "seisiún" in Irish. These sessions, where musicians come together to enjoy a couple of pints and play tunes (not "songs," but "tunes") for hours on end, are very common in pubs throughout Ireland. There's truly no better way to experience the tradition of Irish music than by going to one of these yourself and experiencing it live.

Formed in 1987, Altan is a group that every Irish musician has heard of. Their singer Ni Mhaonaigh is considered one of the greatest female singers of Ireland. Although the set of tunes we've provided doesn't have vocals, it still goes to show just how skilled these musicians are when it comes to keeping the Irish tradition alive.

Mr. Campbell, if anything is testament to the fact that the Irish culture can coexist among others, it's Delhi 2 Dublin's fusion of Irish traditional music and traditional Indian music.

The music played by FullSet is full of energy and vitality. Consisting of six musicians in total, their music features vocals, the button accordion, fiddle, bodhrán, guitar, flute and the uilleann pipes. In 2012, they received the Best New Group Award from Irish American News, and the Best New Comer award from Bill Margeson's Live Ireland Awards. They're definitely a treat to the ears.

Conor Moriarty is a young, very skilled and graceful button accordionist. Heavily influenced by the famous accordionist Finbaar O'Dwyer, he was crowned the 2010 All Ireland Accordion Champion. Although Irish music sounds great when combined with multiple instruments, hearing one of these instruments on its own is also well worth the time of day.

Na Rósaí, which means 'The Roses' in Irish, is based in the United States. Conor Ó Bryan (Flute), Preston Howard (Pipes, Whistles), Erik Killops (Fiddle) and Richie Rosencrans (Bouzouki, Tenor Guitar, Vocals) released their first album this year and have drawn on influences from their many travels to Ireland, the UK and Europe. Their music will keep you dancing and prancing to the end of time, or at least until you've had your fair share of pints.

And to finish this playlist dedicated to Ireland, we end with the one and only Dropkick Murphys. Perhaps the most famous Irish band in the world, they may not be traditional, but they embody the rebellious and lively spirit the Irish are known for.