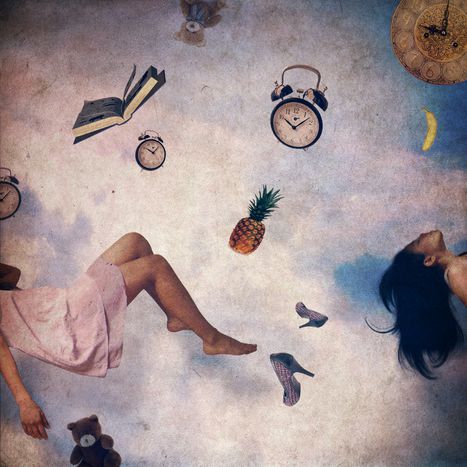 Playing a nocturne on a waterspout

I once read that 'everyone who loves poetry is partly made up of certain lines, absorbed at a bone-deep level, to be drawn on when they're needed'. Four babelians from Italy, the US, Scotland and Russia tell us about the poems they've inhaled the essence of

'I never was one for poetry, not until last summer’s lazy nights of wine and conversation. While lounging on a friend’s couch, I flipped through a copy of Carol Ann Duffy’s collection Rapture. I fell for her poems. Their words are simple, stitched together in such a way that emotion is never stripped away, even when language is. Hands displays the longing, the ache of a being apart from one’s beloved with such tender sweetness. Duffy’s words capture the loved one’s presence, even a thousand miles away. The poem is visceral. It sticks with me, a person in a long distance relationship. I smile, and ‘I hold hands with the air, / your imagined, untouchable hand’

'If you go to school in Italy, you will probably encounter this poem during your last year of high school. It's almost summer and you learn about Eugenio Montale and his 'male di vivere' ('sickness of living'), in a rush, eager to leave and enjoy the warm weather. But then his images - the dry river, the air of glass, the fallen leaves on the pavement, all symbols of the frightening void that follows the modern man - will come back into your imagination. His strong imagery and evocative words will perfectly catch the sense of being empty, alone and lost. A year ago, a popular Italian pop band called Lo Stato Sociale used the first sentence of one of his most known poesm in one of their songs, Cromosomi: 'Spesso il male di vivere ho incontrato' (I've often met the sickness of living). I've often felt like one of Montale's characters in my daily life - 'forse un mattino andando in un'aria di vetro', as his poem goes - as I felt like a man lost in a windy air of glass as I was looking for my way'

'I’ve always really loved The Love Song of J Alfred Prufrock by T S Elliot. I think that T S Elliot said that great poetry could communicate before it’s properly understood – I read it when I was about eighteen. When you’re a teenager you don’t really know what it means but you get something out of it because the language is so beautiful. And as an awkward teenager, some of the lines really take you with it. You live with it and after a while you wonder why you ever found it perplexing. To me it’s as clear as running water and I love it. I feel as if it’s been incorporated into my DNA.

I also love Paterson by Allen Ginsberg, though maybe I shouldn’t mention this in my workplace. I first read it when I had a very boring job with the civil service straight after university. It’s about his home town and how he doesn’t want to have a proper job and it ends basically that he’d rather be flayed and have his skin hung from treetops then have a job. These are the things that I love and that stick in my memory'

'I can't remember exactly when I discovered 'A вы смогли бы?' (A vy smogla by? 'But Could You?' - ed) by Vladimir Mayakovsky for the first time but it was perhaps when I was around twelve or thirteen. At my parents' home there were always a lot of good books and I read everything that came into my hands.

I liked this poem at that time because it was something absolutely new to me, something a bit mysterious and hazy in terms of the meaning and at the same time very emotional and even musical. The poem has its own particular rhythm - as probably every poem does, but in case with Mayakovsky this kind of rhythm was a new discovery for me and it impressed me with its musicality

And you,   could you have played  a nocturne On a waterspout for a flute?'