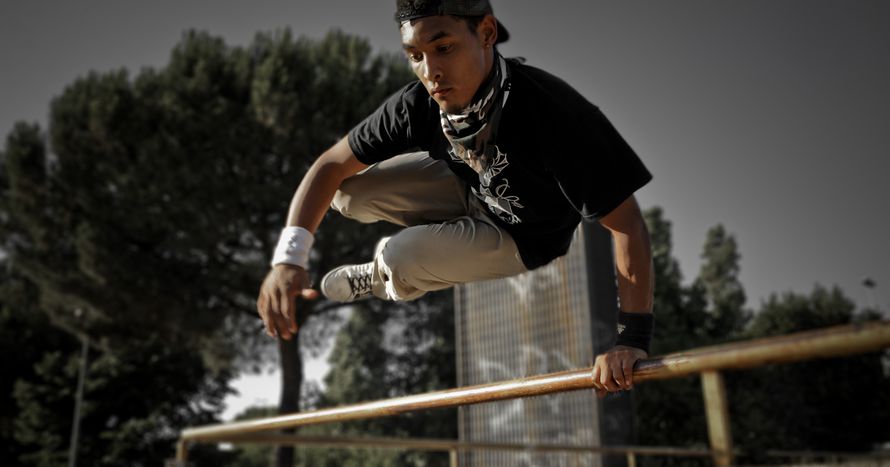 Photos: parkour from Paris to Rome

The urban discipline, created by Frenchman David Belle in the nineties, is growing as fast as its exponents are springing over Europe’s city railings. Images taken in the Tor Bella Monaca district in Rome, during the second national Parkour.it rally 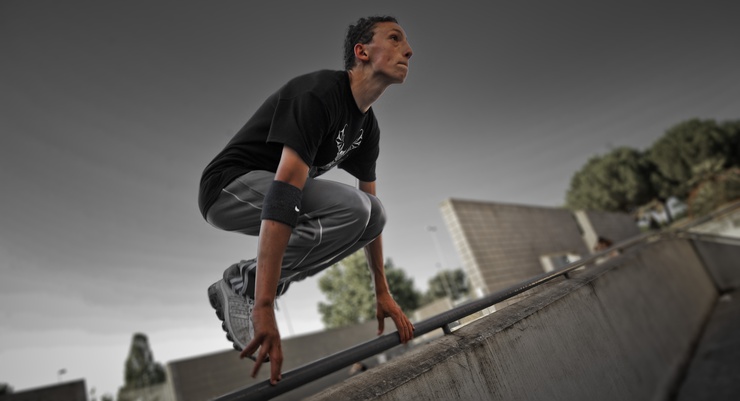 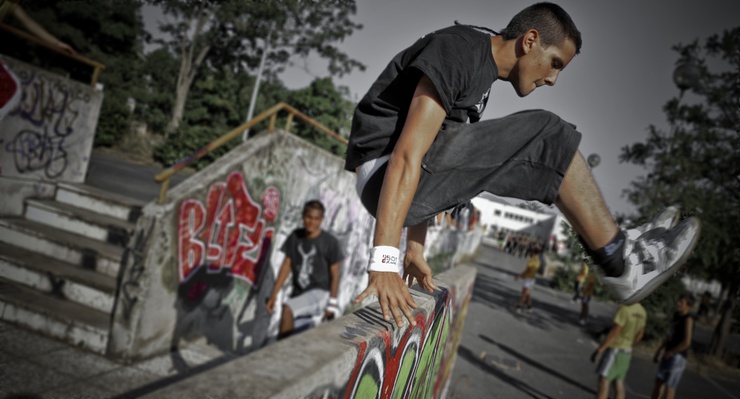 The name comes from the French word ‘parcours’, which means ‘course’. Those who practice it are called ‘traceurs’ – who trace the lines 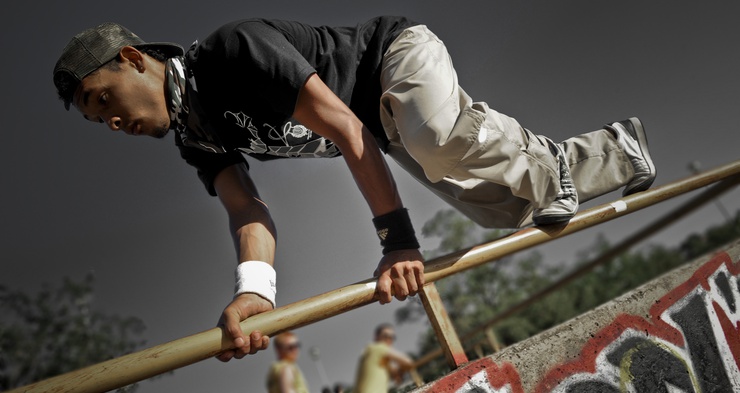 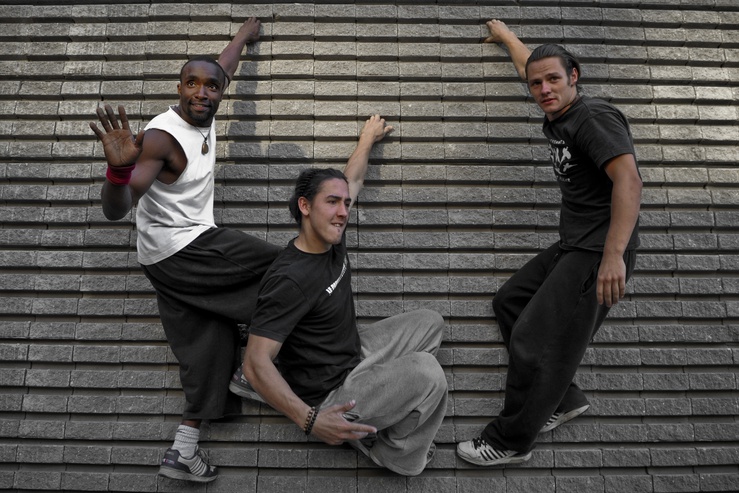 Sébastien Foucan (left), a colleague of Belle, moved to London and gained parkour a more international following as ‘free running’, which uses more stylised twists and spins. Pictured with him are Brit Daniel Ilibaca (centre) and Estonian Oleg Vorslav (right) 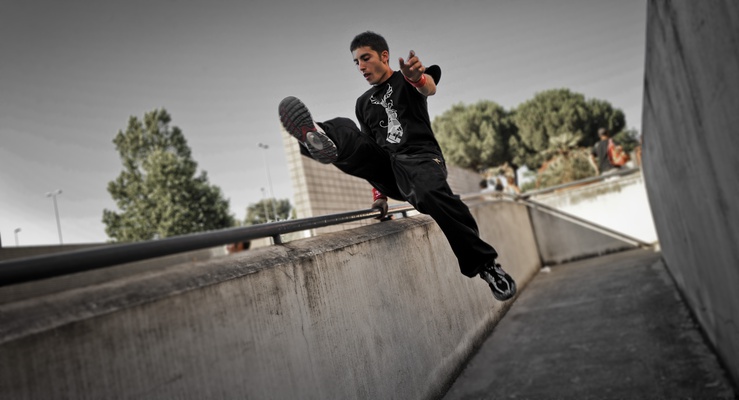 The sport is defined by its simplicity; on the agility of the human body 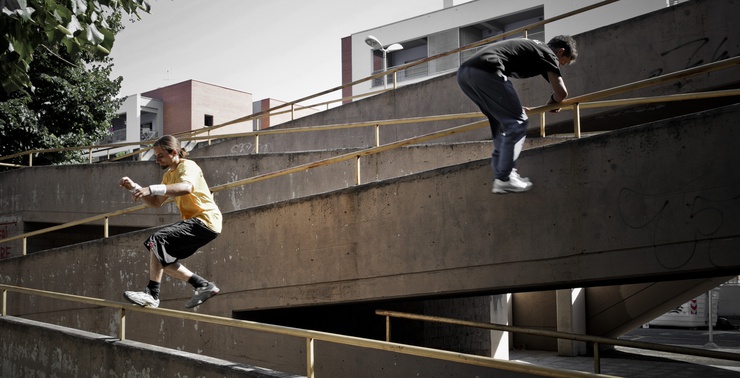 Agility is key: it’s not about how high you jump from a railing or a building, but how smoothly you do it to get to the next obstacle 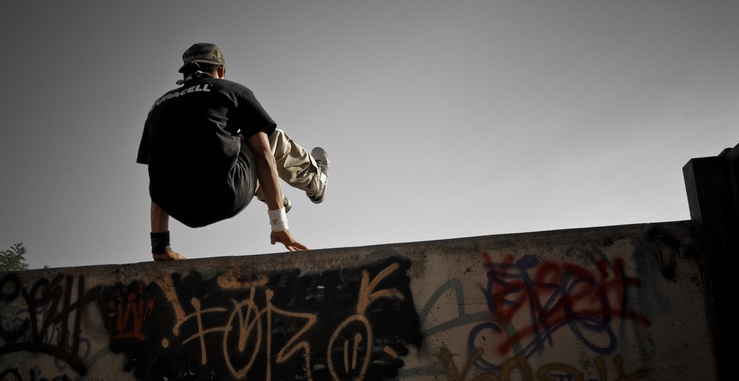 French film Yamakasi (2001) was one of the first big screen efforts to focus on the phenomenon. Tracers dive from Parisian roofs. Meanwhile, Foucan used free running choreography in Madonna's music video for Hung Up (2005) and Hollywood films such as Casino Royale (2006) 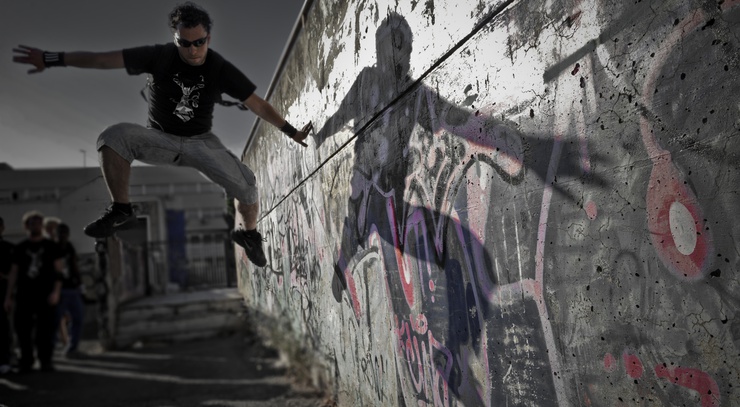 Tracers meet up to show off their abilities in the RT ('reunion de traceurs'). It’s hard to compete as the discipline is so free in its styles 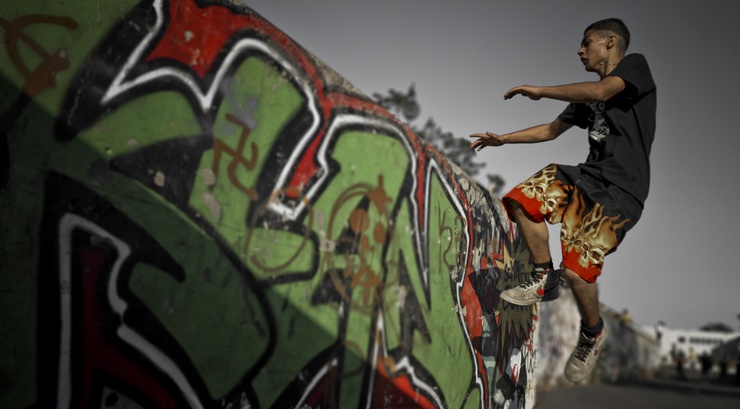 Images taken in Rome by Manolo Cinti - visit his websitehere