Photos: living on the street in Paris

The homeless and immigrants - those select few that Parisians would perhaps rather not see, at least at Christmas time. Neither indifference nor presidential words will make this 'problem' disappear 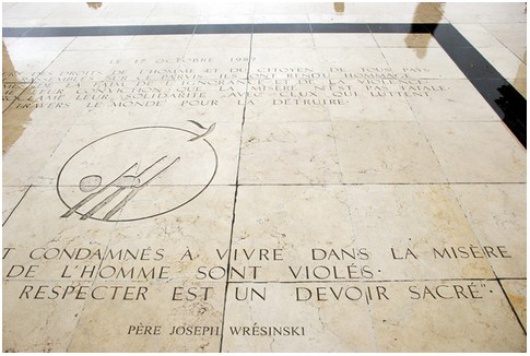 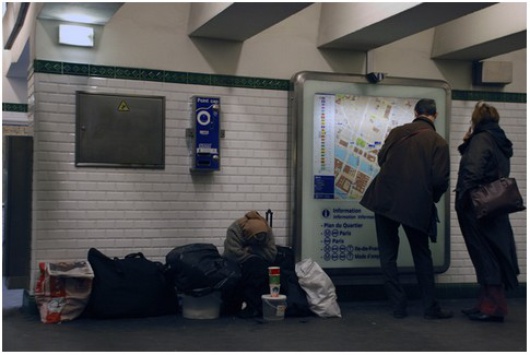 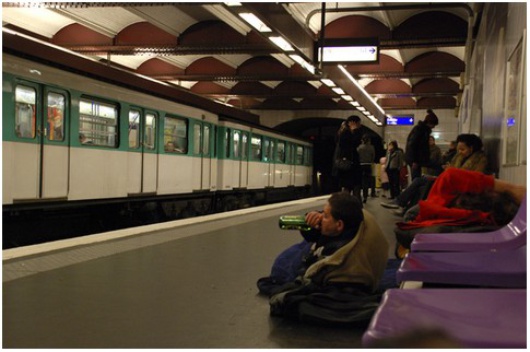 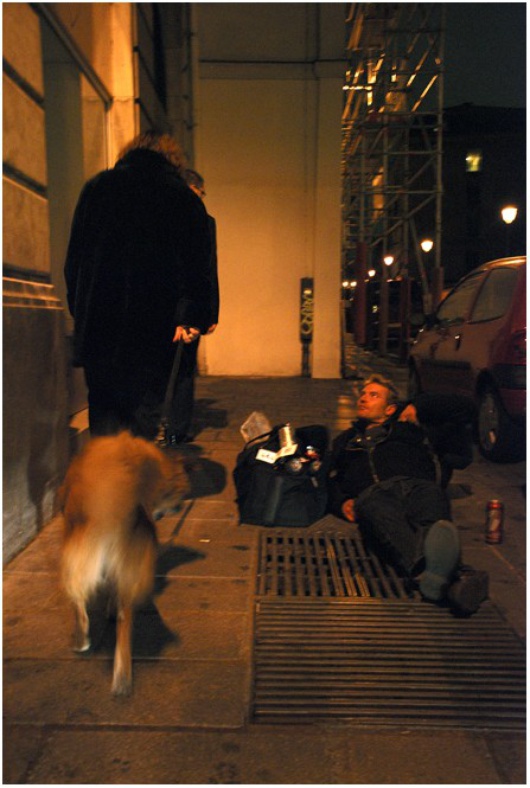 One way of spending a warm night in the winter by St. Paul, the metro stop leading to the capital's gay and Jewish quarter 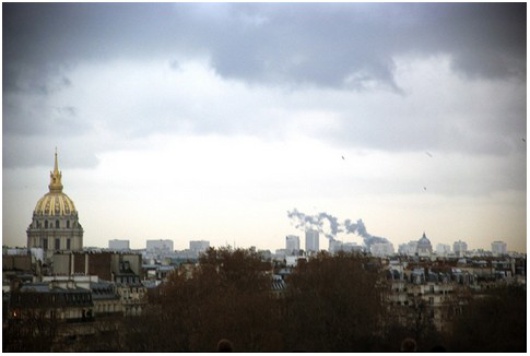 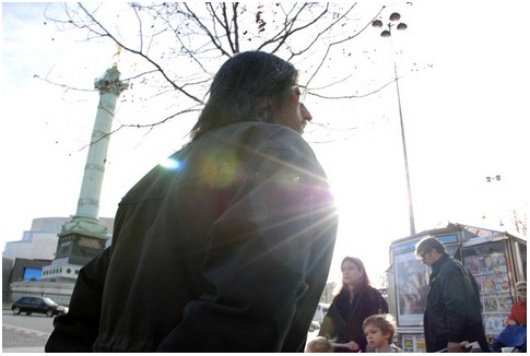 A homeless person ('SDF' or 'sans domicile fixe') walks around Place de la Bastille where the former prison stood. He searches a scrap of breakfast someone may have left 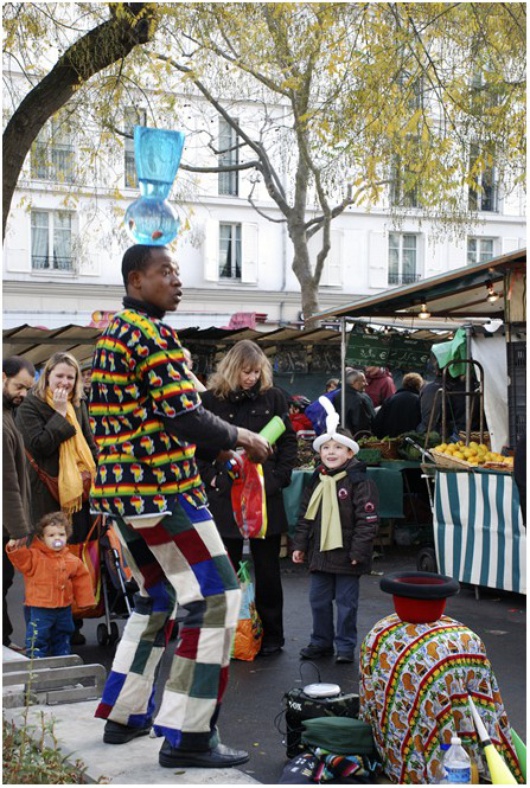 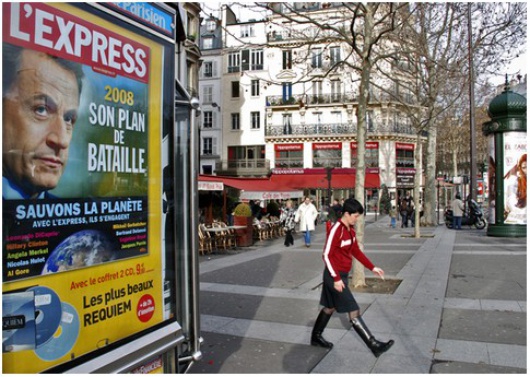 Sarkozy's image dots newsstands and kiosks around the city 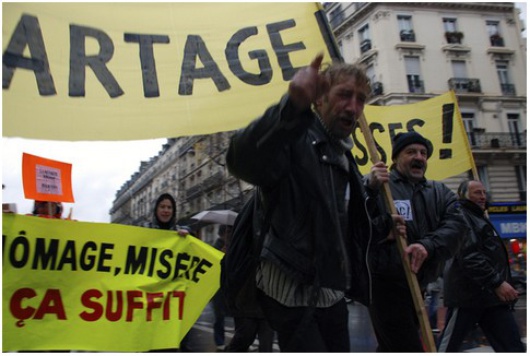 One of the regular weekend protests in the city; this one demanding the right of citizenship 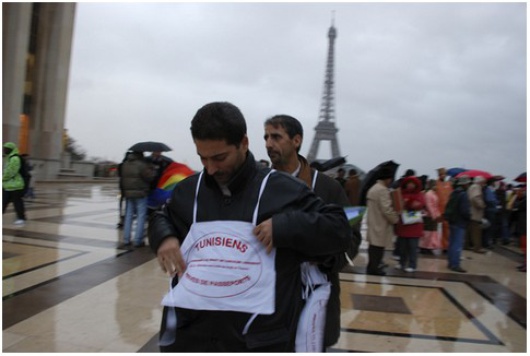 Tunisians on the platform by metro Trocadero in the city's west. It provides you with this sublime image of one of the most famous sights in Europe 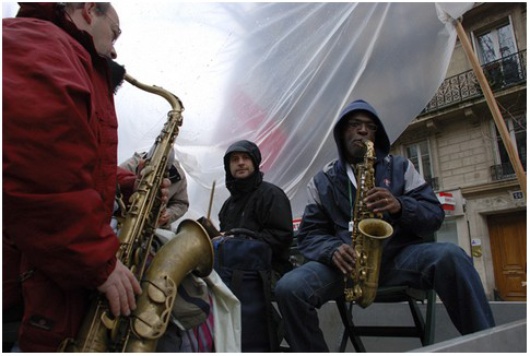 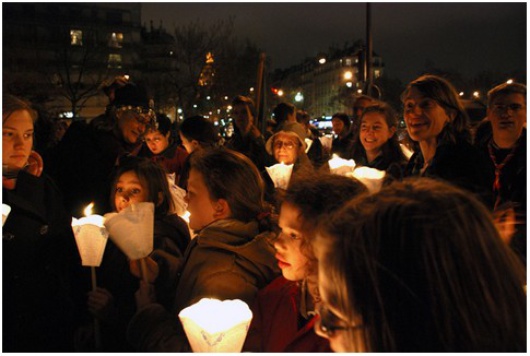 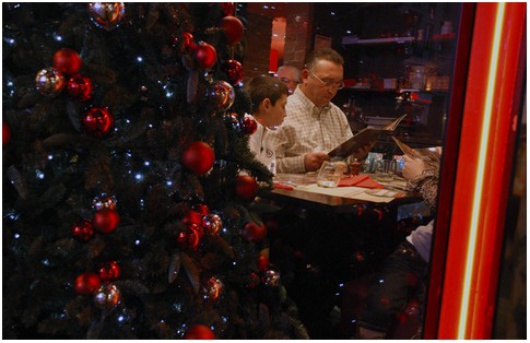 Boulevard des Italiens, one of seven boulevards running through the city, built by Baron von Haussmann in the late 1800s. Together with the family during the run-up to christmas 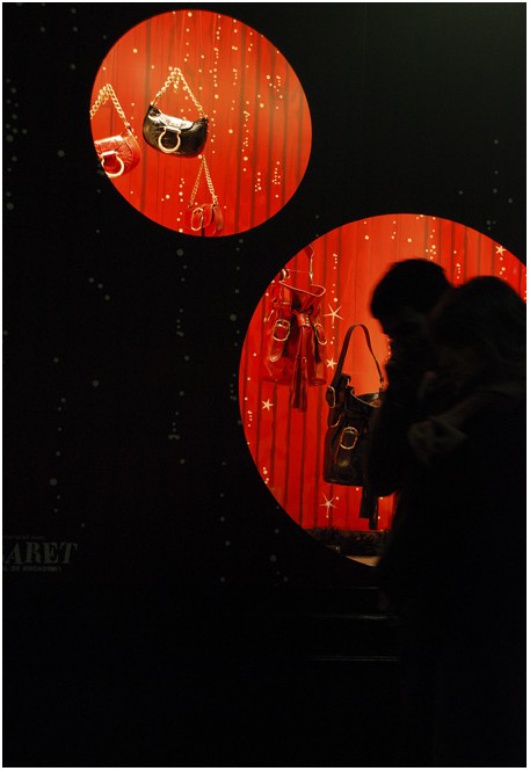 Rue de la Fayette is where the grand Lafayettes stand, the version of London's Harrods shopping store - many expensive Christmas presents to choose 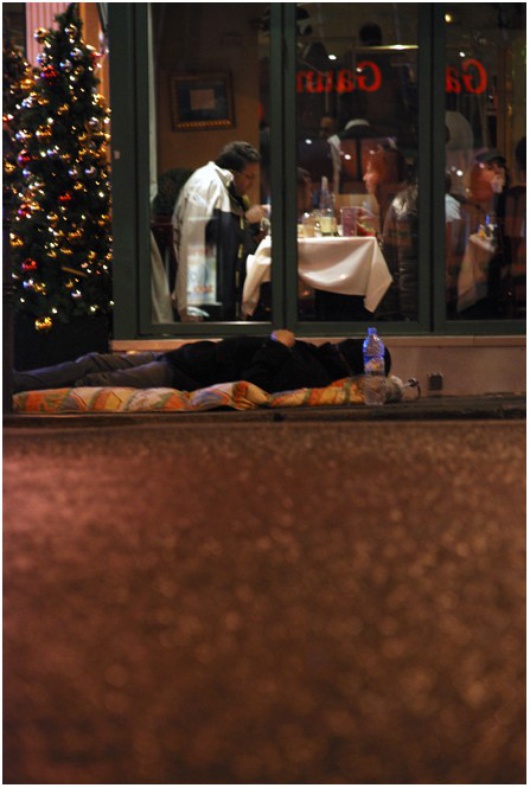 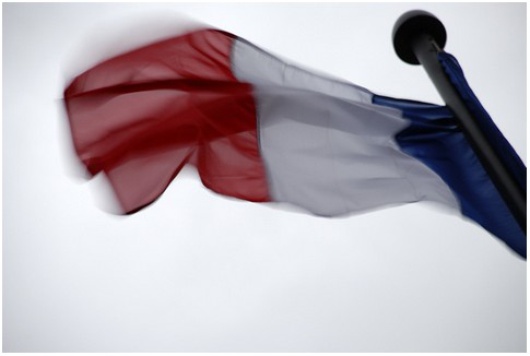