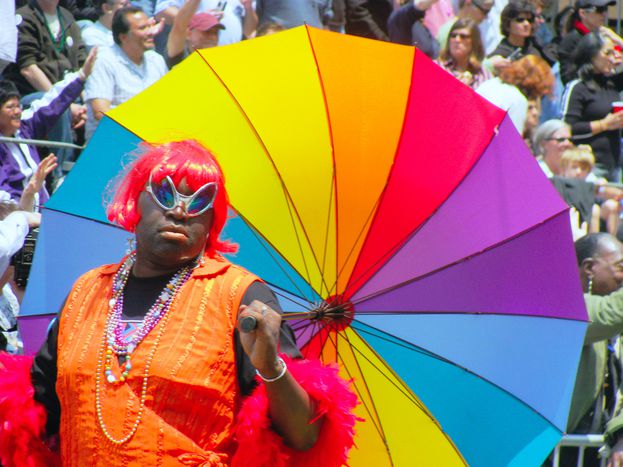 Perspective: what has the EU done for LGBT rights?

The international day against homophobia and transphobia is celebrated on 17 May in over fifty countries around the world, and as the Baltic Pride parade in Lithuania on 8 May showed, people are taking action in even the most homophobic places

The European Union's long history dates back to the 1950s, but its engagement with LGBT (lesbian, gay, bisexual and transgender) issues has been much shorter. It was only a decade ago that the treaty of Amsterdam empowered the EU to 'combat discrimination based on sexual orientation.' The dull-sounding employment framework directive arose from this treaty, though its content was anything but dull. It compelled all EU states to ban discrimination against gays, lesbians and bisexuals in the field of employment. Belinda Pyke, a director at the European commission DG for employment, social affairs and inclusion, describes this as a 'pivotal moment', since the EU was ‘making a reality of something which was in the treaty.' By 2003, firing someone because of their sexual orientation was illegal across the EU.

Since then, the EU has made further progress. In 2009, the European institute for gender equality (EIGE) was created in Vilnius. The charter of fundamental rights, which bans 'any discrimination on any ground' (including sexual orientation), came into effect in 2009. As a result of the Lisbon treaty, the council and the European parliament will have to decide jointly on non-discrimination issues in the future.

For Silvan Agius, the Maltese policy director at the international lesbian, gay, bisexual, trans and intersex association (ILGA-Europe), all this is a sign that the EU has continued to 'take LGBT rights seriously.' Yet, amidst the flurry of activity, important issues have been left out. A directive that would ban discrimination in housing, supply of goods and services and education has been put on hold. As out gay Austrian politician and green MEP Ulrike Lunacek explains, homophobia is not the only reason for this. 'Some member states simply fear high adaptation costs,' she explains. But even more worryingly, there is hardly any mention of transgender people in European law. 'The main problem is a lack of visibility,' Silvan Agius points out. 'Transgender identity is not incorporated into any EU funding.' While the European parliament adopted a resolution on transsexuals’ rights as early as 1989, the law establishing the EIGE makes no reference to trans issues. This is a major oversight.

Read our guide to same-sex marriage in the EU

Luckily, the case of law of the European court of justice fills the gap. 'The court has interpreted discrimination on the basis of ‘sex’ to also refer to people who have had ‘gender reassignment,’ says Silvan Agius. All EU sex discrimination law could thus apply to transgender people. Generally, the EU is moving in a positive direction in dealing with sexism, homophobia, and to a lesser extent, transphobia. But when all is said and done, is this enough to bring about rainbow Europe? Have member states followed the EU’s lead? Former French prime minister Jean-Pierre Raffarin once called Europe 'a union of diversity.' This is unfortunately also true for the protection of LGBT rights. Take gay marriages: Spain has recognised them since 2005, while the Latvian constitution bans them. Slovakian law explicitly protects transgender people, while Poland ignores the issue. The Greek military considers gay men to be ill, while Sweden’s armed forces have their own gay rights adviser, Petra Jäpinen. It is indeed ironic how decisive geography can be. But if every country is its own unique case, what use is the EU? Let’s tackle this question by taking a closer look at recent events in Lithuania. 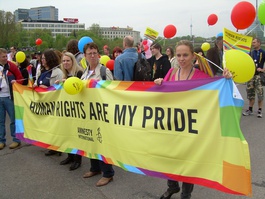 In 2009, Lithuania was on the verge of passing the so-called 'law on the protection of minors against the detrimental effect of public information', which would have forbidden 'propaganda of homosexual, bisexual or polygamous relations' to minors. Complaints flooded in from Brussels. In September 2009, the European parliament passed a resolution of protest. The European commission and some member states joined the ranks by encouraging the Lithuanian president Dalia Grybauskaite to remove the homophobic clause. In the end, a 'softer' version of the law was passed, taking out the explicitly homophobic language, but still banning the discussion of sexuality in schools and encouraging the adoption of the 'traditional family model'. 'The law is still very unsatisfactory,' says ILGA-Europe’s Joel Le Deroff. 'Its promotion of the ‘traditional family’ is not inclusive of LGBT families.' Belinda Pyke has informed us that the EU commission is continuing to look into the law, to see if there are any areas on which it could still 'express concern'.

On the whole, the EU's record in Lithuania is mixed. Many EU commission officials and MEPs attended the Baltic Pride parade in Vilnius on 8 May. However, their influence would have been reduced without the support of spontaneous activist organising, such as the Save Baltic Pride Facebook campaign. Launched by the national union of students in Lithuania and Scotland, the group garnered over 3, 000 supporters. MEP Ulrike Lunacek is similarly ambivalent about the EU's overall performance on LGBT rights. 'The EU's commitment to LGBT issues could be more straightforward and more dedicated. But discrimination levels would be much higher had it not been for the EU.' Clearly, there are still blank spots on Europe’s LGBT rights map. The EU sets good principles, but member states can still get away with homophobic and transphobic legislation. One solution could be to move towards defining LGBT issues as European, and not exclusively national concerns. This way, rights and laws will be less diverse than sexualities and genders, and a real spectrum of colours could emerge.