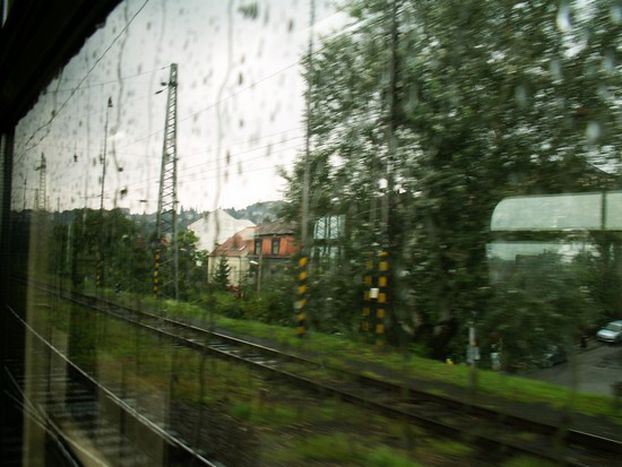 On 10 December, Hungarian prime minister Ferenc Gyurscany said he was disappointed with Slovak prime minister Robert Fico's decision to reject a November agreement to improve relations between the neighbours. A look back at the events running up to the baby step that was

If the meeting between the two prime ministers is going to be followed by many similar initiatives, there might be a real chance for the two nations to get over their historical disagreements and start a new life in their new European family. Rundown over the last month.

1 November, Dunajska Streda (Dunaszerdahely) stadium, Slovakia. About 800 football fans from Hungary arrive to watch a game between the same-named ethnic Hungarian team and Slovan Bratislava. Fans verbally insult each other. After kick-off, Slovak fans throw smoke bombs and other missiles onto the field. Slovak riot police attack Hungarian spectators. More than sixty are injured; one severely

8 November, Budapest. Over a thousand football fans and club members demonstrate in front of the Hungarian prime minister’s office, calling on Ferenc Gyurcsány to protect Hungarians and condemn the Slovak police. Slovak authorities denounce the Hungarian reactions. Prosecutor general Dobroslav Trnka states that the police action was ‘timely, appropriate and lawful.’ Hungarian authorities ask their Slovak counterparts to prove the legality of the police action against ethnic and Hungarian nationals. No response arrives from Bratislava (Pozsony)

Stage two: only the tip of the iceberg

If anti-Hungarian sentiments in Slovakia have increased significantly in the past two years, Jan Slota, chairman of the Slovak national party, has played an important role in the phenomena.

Deems Hungarians as ‘cancerous tumors from the Gobi desert’, rather than the Carpathian basin.

Slovak prime minister Robert Fico fails to distance himself from the coalition partner’s statements. Due to the governing position of the Slovak national party, radicalism becomes state policy in Slovakia. As a consequence, the unfriendly Slovak public attitude towards its southern neighbour and the 600,000 ethnic Hungarians living in Slovakia transforms into general public hatred.

August 2008. A survey published by the Open Society Institute on the current situation of the Hungarian minority reveals that 63% of 955 Slovakian students agree that Hungarians are allowed to speak their native language solely at home, speaking only in Slovakian in public. In August 2006 an ethnic Hungarian student, Hedvig Malina, is brutally beaten for speaking in Hungarian on her mobile phone while walking in the city of Nitra (Nyitra)

Early October 2008. Foreign minister Kinga Göncz takes action. Summoning the Slovak ambassador for Hungary, she expresses her dissatisfaction with Slovakia violating the linguistic status quo. The latter has failed to meet its earlier commitment to include the Hungarian version of geographical names in Slovak textbooks used by Hungarian schools. There are also complaints that Hungarian schools are not subsidised by EU funds in Slovakia. Both the ministries of education and EU funds are controlled by Jan Slota’s Slovak national party

8 November, Kralovsky Chlmec (Királyhelmec). 28 members of the Nyiregyhaza-based Hungarian far right group, the national guard, commemorate the fiftieth anniversary of the First Vienna Award (in which Axis Powers such as Germany and Italy compelled Czechoslovakia to return southern Slovakia and southern Subcarpathia – now in Ukraine – to Hungary in 1938). Slovak police detain and launch criminal proceedings, on charges of carrying emblems of tyranny - the group’s members are wearing an arm band showing the letter H written in old Hungarian script, classified as a dictatorship symbol. ‘It is unacceptable that Hungarian Nazis march on Slovak territory in uniforms,’ Slovak PM Robert Fico says on the same day in an extraordinary press conference. Slota urges the UN Security Council and the EU institutions to take action against Hungary.