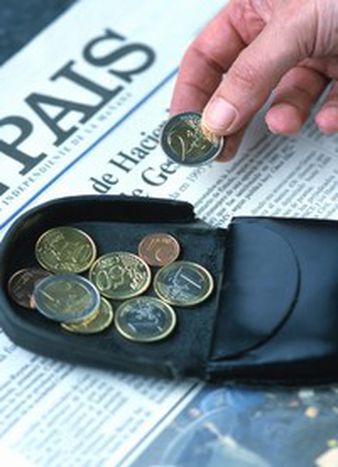 The great debate about the EU budget is underway. But what’s it all about? Alice Desthuilliers provides a guide to the EU's revenue and expenditure.

The EU budget has risen from €7 million in 1958 to €116.55 billion in 2005. That is still peanuts considering that it has to finance the common policies of no fewer than twenty-five member states. It pales into insignificance in comparison to the French national budget, for example, which was €300 billion in 2004. With such tiny sums at stake, the current negotiations about the EU budget are just a storm in a teacup.

A brief history of the budget

The cornerstone of the EU’s budgetary policy was laid at the end of the 1980s, which saw the codification of various budgetary mechanisms, the allocation of financial resources to the EU, and the definition of the main items of the budget. According to the 1957 Treaty of Rome, the Commission proposes the budget, which is subject to a vote within the Council after consultation with the European Parliament (EP). Initially devoid of any actual influence over the budgetary process, the EP has gradually acquired greater powers. For instance, it has significant control over the amount of ‘non-compulsory expenditure’, in other words, expenditure which is not listed in the treaties but which constitutes a crucial component of the Union’s budget (Social Fund, Regional Fund, Energy and Industrial Policy, the day-to-day functioning of the institutions). In addition, the EP can refuse to approve the budget. In 1980 and 1985, for example, MEPs refused to sign the budget and relieve the Commission of its obligations.

Until 1970, the European Community’s (EC) financial resources were provided by the contributions of individual member states. Following the Council decision of 21 April 1970, the EC acquired its ‘own resources’, which gave it a direct and autonomous source of revenue with which to manage Community policies. Own resources comprise ‘traditional’ financial resources such as customs duties, agricultural duties and sugar levies in addition to the ‘VAT-based resource’ and the ‘GNP-based balancing resource’, which is currently limited to 1.27 percent of the Gross National Product of the member states. The doubling of the Community budget between 1979 and 1985 was very much to the advantage of the Economic and Social Cohesion Policy (ESCP – to develop European infrastructure and reduce regional disparities). With the collapse of the Iron Curtain in 1989, the member states decided to introduce a programme to assist the countries of Central and Eastern Europe in their reconstruction and normalisation efforts, and the PHARE was born.

Putting aside the Common Agricultural Policy, which alone absorbs 45 per cent of the EU budget, the two common policies which stand out are the Economic and Social Cohesion Policy (comprising the Structural Funds and the Cohesion Fund) and Enlargement Policy (pre-accession aid). These two policies go hand in hand, with the ESCP taking over from Enlargement Policy immediately following the accession of candidate countries. The ESCP is first and foremost a regional policy. For the period between 2000 and 2006, for instance, three objectives have been set: to boost the economic development of disadvantaged regions, to reconvert the economy of those zones which are experiencing structural difficulties, and, finally, to adapt and modernise education, training and employment policies and systems. Four funds (regional development, social, agricultural and fisheries) support these objectives by sponsoring projects which are co-financed by the member states and the European Union. Generally speaking, these funds are directed at those regions which have a GDP below 90 percent of the EU average. This explains the fact that some disadvantaged regions in the ‘richer’ member states benefit from the ESCP. It is obvious that defining the eligibility of individual regions becomes problematic with the integration of member states with considerably lower revenue. Indeed, one of the greatest concerns of the wealthier contributors to the EU budget is to make sure that they will not end up paying solely for the development of the poorer eastern regions of the Union and that their own disadvantaged regions continue to benefit from EU regional policy.

From pre-accession to membership

Pre-accession policy-instruments are used to minimise the most obvious developmental disparities prior to enlargement, and to reduce the cost of expansion as far as possible. The PHARE programme, which was launched in 1989, was set up to finance normalisation and institution building in the countries of Central and Eastern Europe. No less than 30 per cent of the PHARE budget (€10.5 billion) was earmarked for the adoption of the acquis communautaire, comprising the treaties and 80,000 pages of EU directives. Following the success of the PHARE programme, the European Commission published a White Paper entitled Agenda 2000. Published on 15 July 1997, the White Paper laid out the prospects for European integration in the context of the enlargement and put forward a plan to recast the CAP and the ESCP and to create a series of pre-accession instruments. These proposals were subsequently approved by the member states, and, at the1999 Berlin Summit, two new financial instruments were launched, the ISPA (€7 billion for the development of infrastructure in the fields of the environment and transport) and the SAPARD (€3.5 billion to support farmers and to help them modernise in order to comply with the CAP following enlargement).

Naturally, in the wake of enlargement, the new member states are no longer eligible for pre-accession aid, having become both contributors to the EU budget and beneficiaries of the EU’s common policies. With the repartition of agricultural aid for the period 2007-2013 having been established in agreement with the accession candidates at Berlin in 1999, old and new member states are now faced with the considerably harder task of reaching a consensus on the 2013-2019 budget, which will include such issues as CAP reform, the setting of new eligibility criteria for regional access to structural funds and the financing of future enlargements.