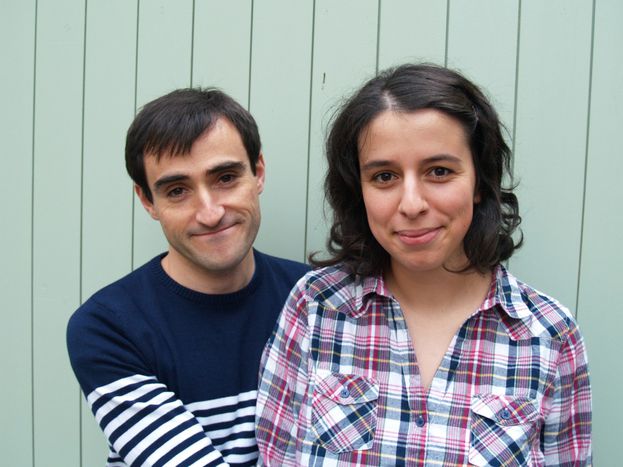 In 2004 the Portuguese thirtysomethings created postcrossing.com, an online platform for ‘postcardophiles’ the world over. Bizarrely, they are promoting the traditional idea of sending handwritten cards out of a digital world. The globetrotting couple lived in the US, the Netherlands, Slovenia and China before moving to Berlin

It is Friday morning in Berlin and we are awaiting autumn with less than bated breath. The sun is still warming up the streets of Neukoelln whilst Berliners stroll around and laze on benches. The biggest kebab I have ever seen turns stealthily at a doner kitchen on Karl Marx street. I am meeting Paulo Magalhães and Ana Campos at Café Rix. The Portuguese couple live in the neighbourhood and chose our meeting place for its quiet, coffee-joint flair and imposing golden platforms. A sneak peek inside and the feeling is that it is rather imposing here, but off we head to take a seat in the courtyard in the shade.

In 2004, Paulo and Ana founded postcrossing.com, an internet portal which allows anyone and everyone to send a postcard from the four corners of the world in place of the now-tradition electronic messages. Anyone who is registered will receive a number of addresses to whom they can send a card. In return, the sender receives one or more cards according to the same principle. ‘Originally, I created this portal out of a purely selfish desire,’ confesses Paulo, 31, who wanted more than just the skimpy few post cards from friends and family he was used to receiving from abroad. 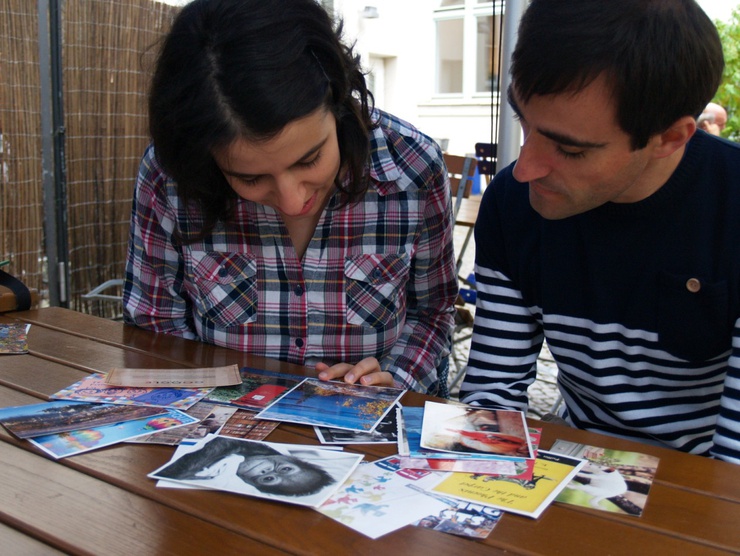 Ana and Paulo started writing postcards to each other before extending the dues to their friends. The concept snowballed. Within months their letterboxes were stacked to the brims with postcards from all over the world. ‘Once fans started signing up in China and Russia, we realised that our project was acquiring an international flavour,’ continues Paulo, who says he still feels a touch of wonder about it all seven years on. Currently, their site handles postcard requests from around 206 countries. More than 14 million cards have been posted already. ‘The most exciting thing is knowing if the person who will receive your card will like it,’ says Ana Campos, 30. After all, sending a postcard requires some modicum of effort. ‘You have to go to a newsagents, buy the card which suits whoever you will be sending it to, write a few personal lines, and then send it off.’

Ana and Paulo’s venture hasn’t satisfied their thirst for life, and in the seven years that their company has existed, they have lived in at least five different countries. Paulo did an internship in the US after graduating from information studies in Portugal, whilst Ana settled in the Netherlands. Both then moved to Shanghai and Ljubljana before moving to Berlin. ‘We only leave a country after we really feel we have explored its every nook and cranny,’ says Ana. The pair don’t just want to buccaneer the touristy places, but also get involved in the everyday life of such a city. 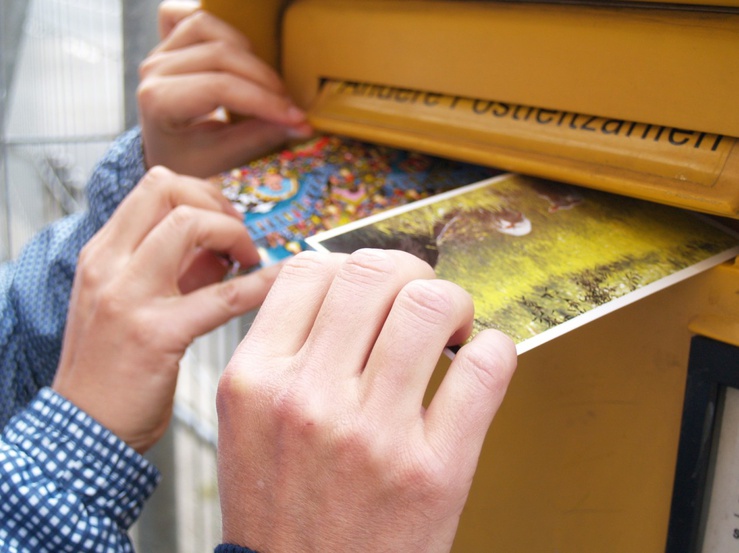 Both Ana and Paola held down part-time jobs during the first years of their studies. ‘Postcrossing was just something we did for fun then,’ says Paulo. Today the pair find themselves working exclusively for their baby. The freelance activity is not as easy as it may seem, the couple admit. ‘In the mjiddle of the night I will get an alert about a bug somewhere, so I am always getting up early to repair the problem,’ smiles Paulo. 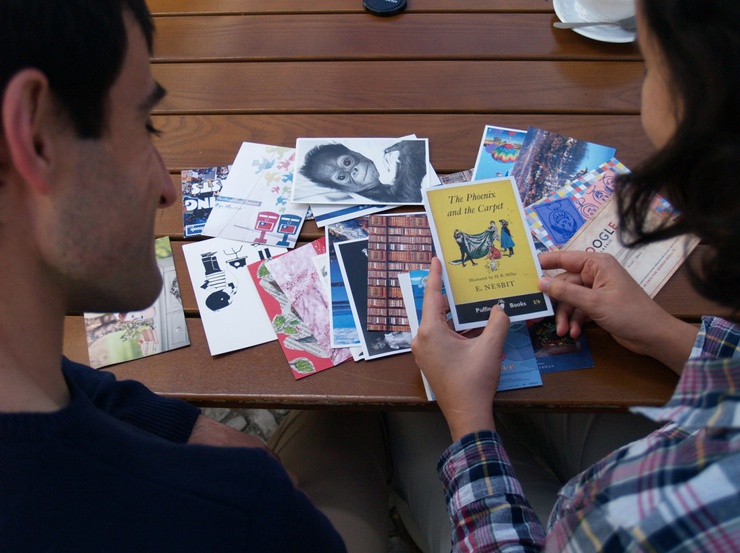 Ana Campos and Paulo Magalhães don’t act like they are a couple, but after some moments in their company, you become drawn into the complicity that they share, as they often smile a lot and share looks. If one has trouble finishing an idea, the other is there to help. In the past, the pair found themselves moving every two years at least. They enjoy the rhythm of this lifestyle, and are thus due to leave Berlin in April 2013. ‘It’s expensive to keep moving, and it also takes up a lot of time and energy,’ admits Paulo. ‘It’s not only about finding somewhere to live and then moving in, but it’s about then dealing with all those due bureaucratic processes, handling taxes and health insurance. So perhaps we will stay in Berlin a little longer.’ Ana chimes in: ‘Plus, we haven’t yet seen all of the country. It took us a day to cross Slovenia by car, but we’ve only seen Berlin and Bielefeld here.’ Postcrossing.com will thus continue to be based in the German capital for a while longer, perhaps.