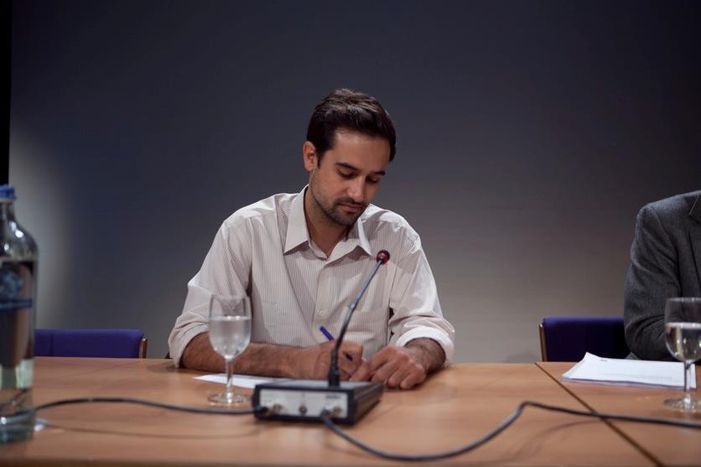 At The Guardian, the award-winning British-Spanish journalist, 30, handles investigative news in an innovative method via social networks and micro-blogging sites – it even helped him crack stories about two murders. Interview

‘I have spent every summer of my life in Spain,’ says Paul Lewis, whose mother is Spanish. Whilst he may not like football, he’s got the style of the Spanish football manager Pep Guardiola crossed with the looks of Jose Mourinho. In any case the journalist has the girls’ attention at the first youngpress.eu conference organised by Belgian media association stampedia and the evens foundation in Antwerp. They buzz around him like bees and are hanging on to his every word. The boy from south-west London certainly has a lot of charisma but is shy too. He is an example of someone who is living out his dreams, and explains how he has come to understand journalism today. ‘The only difference between us is that you don’t have money to do journalism,’ he regrest. ‘I am lucky, I couldn’t have a better employer.’ 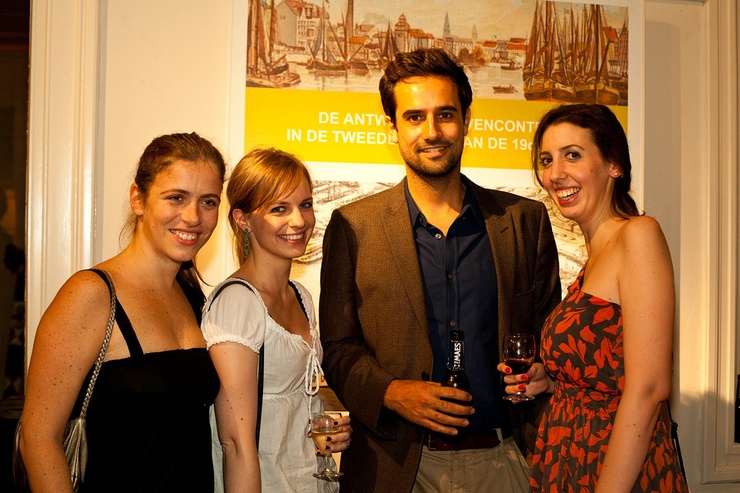 Paul Lewis has a very ‘British style’. He’s wearing a brown jumper with beige tweed trousers, suede shoes and very colourful socks which range between light green and electric blue stripes. ‘I don’t want you to overemphasise my work at The Guardian,’ he says, crossing his legs. ‘I am not an editor-in-chief. There are people whose work is much more important than mine is.’ In August Lewis paced the streets of London during the clashes with a hoodie and a blackberry – the only messaging tool he needed, he admits. ‘Yes, the 140 characters that a twitter status permits you to write is journalism. Maybe it’s even more than journalism, but twitter was just the first step of my coverage of the riots. I published photos and audio via twitter, and the second level of it was live blogging. The third step was to write articles for the website - sixty words for an internet audience, and around 2, 500 characters articles for the newspaper. My twitter account also meant I was being submerged in telephone calls by television stations such as CNN, Al Jazeera and the BBC, who were all asking me to inform them on what was going on.’

Lewis’ almost 50, 000 followers on his twitter profile are also almost 50, 000 collaborators. One of them, a hedge fund manager from New York, was at the G20 riots in London and inadvertently helped Lewis scoop the 2010 British press awards gong for reporter of the year. The trader caught the moment when newspaper seller Ian Tomlinson collapsed during protests in 2009 and sent it to Lewis, who subsequently investigated. ‘People are fundamentally good; very few want money in return for a scoop,' says Lewis. 'This man was not even in London to protest, but he made sure his video ended up in good hands, rather than having given it to the police, or so on. I am grateful to him.’

So what is Paul Lewis’ role at The Guardian? ‘To innovate and experiment with new journalistic techniques such as crowd-sourcing,’ he says. The main source of information is from members of the civil society who communicate via the internet and social networks. That’s where the ‘golden era’ begins, explains Lewis. ‘Just look at the events which marked 2011: WikiLeaks, the Libyan dictator Colonel Gaddafi’s death as well as Al-Qaeda leader Osama Bin Laden’s demise or political scandals – it’s all a matter of files.’ Citizens participate in information and acts as substitute for the journalists who have to know how to manage all of this. ‘There are less of us but we have an enormous source of news. It’s a fascinating time for journalism.’ 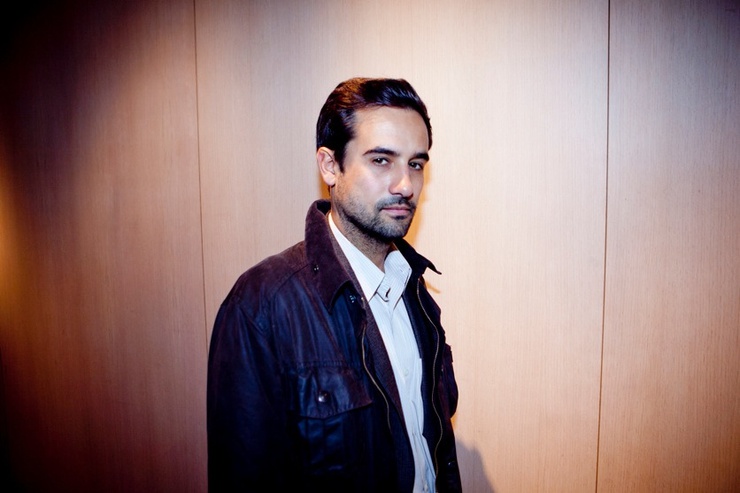 Lewis graduated in social sciences at the university of Cambridge before starting at The Guardian in 2005 on an official traineeship. The programme no longer exists thanks to financial issues. Paul watched the digital revolution grow from within. ‘The web editorial team were on the upper floor and were considered to be of lesser importance when I first started,’ remembers Lewis. ‘Then they moved to the same level, and now the internet desk defines the editorial line. Multimedia coverage comes first. There are no more distinctions between journalists. They were forced to completely change their ideas when they realised that never before had they managed to get three to four million readers a day.’

There’s no magic wand for young journalists suffering financially though. ‘I didn’t say that this new type of journalism was a solution to the crisis,’ Paul adds, offering a more radical and socialist proposal. ‘Journalists play as important a social role as doctors or teachers do. We are moving towards a type of journalism which is more financed by the state, foundations and civil society. There will be less and less profit journalism.’ Ideas are important now. Lewis’ latest project is an investigation about the riots of the summer of 2011 in London, supplemented with hundreds of interviews and an analysis of 2.5 million tweets. It's a monumental investigation in partnership with the LSE (London school of economics). ‘There are fewer editors and more holes to fill by freelancers: everyone has access to the information sources.’ That’s Lewis’ advice – at least to our generation…