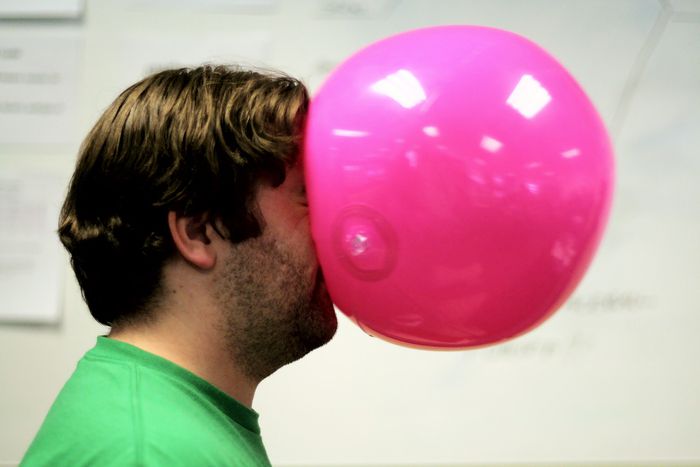 Pass the buck, Murdoch and Brooks

During the British parliamentary hearing of the news tycoon Murdochs on 19 July, a friend analysed the 'father-and-son's game of patty-cake': 'I pass the buck to you, you pass it back. Pass pass pass pass, oh, and then pass it to competitor papers, because it's clearly their fault. And then pass it to News of the World because how can one or two men be responsible for a company that's just SO big?

' Is it a phrase which translates well to other European idioms?

What a hollow evening it’s been listening to the hollow words of Australian media mogul Rupert Murdoch and his son and heir James, Rebekah Brooks (the former chief executive of their organisation News International who resigned on 15 July) and members of Scotland Yard. On 19 July they sat before MPs in the houses of parliament, who kindly lauded a shrunken-looking 80-year-old Murdoch for ‘seeing the session through’ after a shaving foam pie landed in his face thanks to the presence of an activist four rows back.

The buck stops with you, one (Tory) member of the house of commons culture, media and sport select committee with arched eyebrows informed Murdoch Senior: the responsibility lies with Murdoch. The phrase passing the buck means passing the blame on. In history the term has been most prominently used by US presidents; Harry Truman turned the buck stops here into a presidency slogan, lying in a wooden plaque on his White House table, whilst Barack Obama also acknowledged the turn of phrase too. In Mediterranean slang, the buck becomes a hot potato which ends up in Murdoch’s hands for a gastronomically inclined potential French judge: la patate chaude s'arrète là, they might philosophise, whilst for an even more passionate Italian (wisened by Berlusconi experiences, perhaps?) judge, the potato is boiling (la patata bollente è nelle sue mani).

But politics is a game, so no surprise that the phrase pass the buck was once frequently used during poker games. The dealer is the one who ‘passes the buck’ by passing on his turn to play to the playwer on the left when they are stuck. The Germans and Poles are similarly inspired by a card game: if you come across an image of the schwarzer Peter or czarny Piotruś as you try to match card pairs up, you’re a loser. In German or Polish, the phrase jemandem den schwarzen Peter zuschieben or podsunąć czarnego piotrusia would somewhat exonerate Murdoch’s 'guilt', as translated in English it would mean he would be left holding the baby. In any case, Murdoch is the Black Peter in this media scandal game. His name has finally been blackened now that we all know a newspaper he owns used to hack into phones for stories on celebrities, dead army personnel and murdered girls - in that order, we presume.