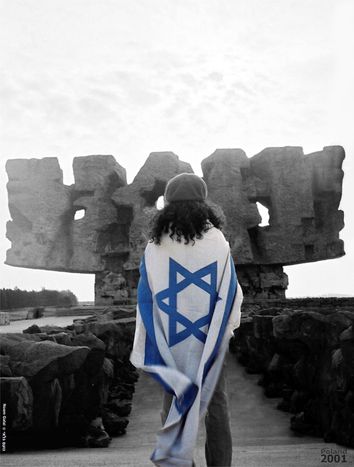 Sixty years after Israel declared independence, the polemic continues. Are its politics a matter of opinion or based on its right to existing? Questions that Europe has been posing for an age, and which materialise in different forms on every related occasion.

This time, the controversy arose from Turin international book fair’s decision to invite Israel as guest of honour between 8-12 May, two months after Paris did so in March. Italian organisers said the invite would represent the culture of the Jewish state, whilst protestors called it an excuse to celebrate the anniversary of its creation. From this perspective, it’s inconceivable to not bear in consideration the fact that ‘Israel continues its daily assassinations and violations of human rights. The same invite should go out to the Palestinian authorities,’ as in Vincenzo Chieppa’s words. The local leader of the Italian communist party spoke out in January 2008, when debate first broke out. The boycott started with Jordanian writers from Amman, and was backed by members of the radical left, community centres and figures such as philosopher Gianni Vattimo.

However, the fair’s organisers Ernesto Ferrero and Rolando Picchioni invited Arab and Palestinian writers too. They organised a freedom assembly for Palestine, which will be present in the Lignotto Fair from 8-12 May, amidst other demonstrations and activities.

Over in the UK, Swiss Muslim intellectual Tariq Ramadan called the boycott ‘the method that defenders of Palestinian rights have chosen, in Italy, to make a voice of protest be heard in the hymn praising Israel, behind which lies the sombre reality of the occupied territories. This 'cultural' choice echoes the 'political' silence by contributing to the displacement of the problem as the blind partisans of the State of Israel are so good at doing.’ The heated debate even led to Giorgio Napolitano, president of the Italian republic, to inaugurate the Turin Book Fair and soothe the atmosphere.

It’s not about sixty

Whilst the Italian debate about the event in May kicked off five months earlier, a similar story was already bubbling on the other side of the Alps. The French capital’s ‘Salon du Livre’ invited Israel as guest of honour between 14 – 19 March, including figures such as Amos Oz, David Grossmann and Abraham Yehoshua amongst others. ‘Why only Hebrew writers?’ the polemic went. Arabic is also an official language in Israel, and a large part of the population speak Russian. ‘And the Palestinians?’ Even if the organisers of both European book fairs hadn’t specified an intention to celebrate the birthday of the modern Jewish state, the authorities in Jerusalem did so when they accepted the invitations. The Muslim boycott in Paris was joined by Lebanon, Iran, Saudi Arabia, the Union of Palestinian writers and Algerian, Moroccan and Egyptian writers. The fair didn’t close without tensions either; on 16 May, a bomb scare led to thousands being evacuated.

In the centre-left Italian daily La Stampa, Amos Oz responded to the boycott by saying that ‘the only rule of literature is communication. Literature is the dialogue par excellence, of writers with the world.’ In any case, the confusion between politics and culture (the Israeli invite coinciding with its sixtieth birthday) and between anti-zionism and anti-semitism, between language and the hidden symbology, are both symptoms and consequences of the same problem.