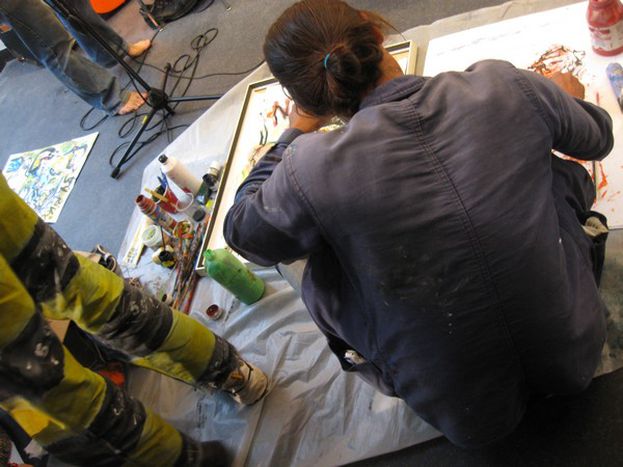 ‘We used to steal in through the back window; now we use the front door.’ As unauthorised locations become ever legit, artists find themselves playing tenant. From Paris to Rome via Berlin, European municipalities have started to cash in on the ‘squat mine’

9 September. At 59 Rue Rivoli, a street which is bang in the centre of Paris, a group of people have gathered in front of a freshly refurbished building. After undergoing three years of renovation work by the Paris municipality, owner of the building since 2002, the highly decorated façade of the most famous Parisian squat has been replaced by an insignificant Haussmannian look. But you can just about make out the word ‘Aftersquat’ beneath the paint. Gaspard Delanoë, president of the artists collective 59 Rivoli, is reassuring those taking part in the opening ceremony. They are complaining that the place is now looking somewhat too conventional. ‘Come back in six months!' he says. 'Things will have changed!’ The inauguration also symbolises a ten-year battle; after three years occupying the squats in the north-eastern neighbourhood of Belleville, a banner reminds us that the ‘squatters are back’. 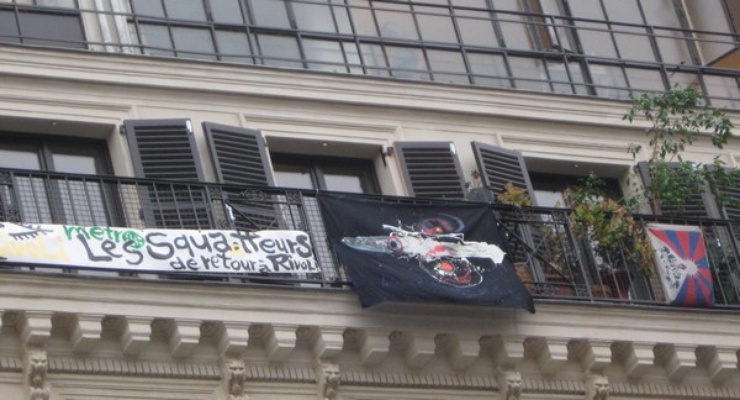 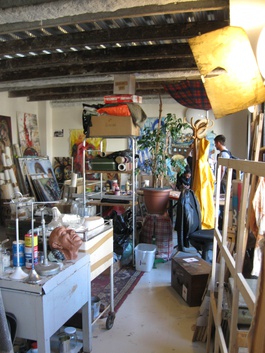 These people are not squatters; the term doesn’t quite fit. The Paris municipality is now renting the building to a group of artists for 130 euros (£117) a month as they do in several similar places. It’s a subtle difference that some feel the need to clarify. ‘We aren’t squatters,’ insist the artists from Frigo, a squat which lies in the 13th district, in the south of Paris. ‘We pay rent to the city.’ Another artist from 59 Rivoli rolls a cigarette. ‘We have to evolve because times are changing. From being ‘illegal’ and ‘underground’ we have become ‘alternative,’ he explains. If these changes are constructive from an artistic point of view, the general public seems to be left out. There’s no question of just popping in for a coffee or a beer unless there’s an exhibition on, unlike other, more accessible and participative concepts, such as La Suite in the 13th district. Here, the ‘Grooms collective’ welcome workshops and a variety of good initiatives.

Squats depend on each other in this city. When one is threatened, it’s the whole community that reacts. ‘We are still running thanks to the stock exchange site (Bourse - ed), which has since been closed down,’ continues the 59 Rivoli artist as he finishes his cigarette. ‘And if La Suite is still up and running, it’s due partly to our efforts.’ The battle continues to be waged. ‘We shall continue to squat and invest in unoccupied buildings to set up art hives wherever possible,’ promises Gaspard Delanoë. ‘The reopening of 59 Rivoli is a step in the right direction for artists.’

Other squats to check out 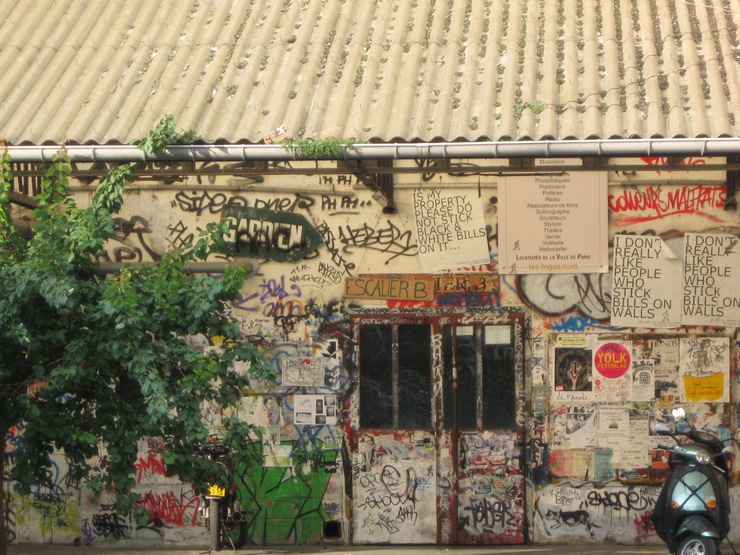 Paint and beer run together in the tagged and run down site of the Tacheles arthouse in the Oranienburgerstrasse in an orderly fashion, turning it into a seductive art complex for clients. Today, the former department store, which was taken over by the Nazis in 1934, is a temple for alternative culture. It has become a must for tourists with roughly 300, 000 visitors a year, much to the evident satisfaction of the Tacheles Artists Initative, who have ‘squatted’ the building since 1990 and currently rent the site for 180 euros (£162) a month 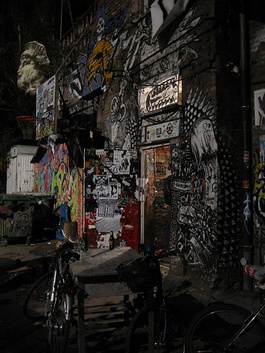 To the east of Berlin includes a skate park and a climbing wall with admission charges. Within 20 years, the Berlin that embarrassed has progressively settled down. In the eighties, while the German authorities had other priorities than squatters to deal with, the younger generations took advantage of the situation and stepped in to extend their activities. Berlin presented the right place at the right time for the opening of roughly 160 art squats. Taking Amsterdam's lead, the municipality, has bought up and rented out the sites at low cost. In basements and backyards, communities continue to meet and thrive on localities that hold a strong bonding dimension, as with the punks at Köpi, a site that has run since 1990 and has a bar, concert hall and a cinema 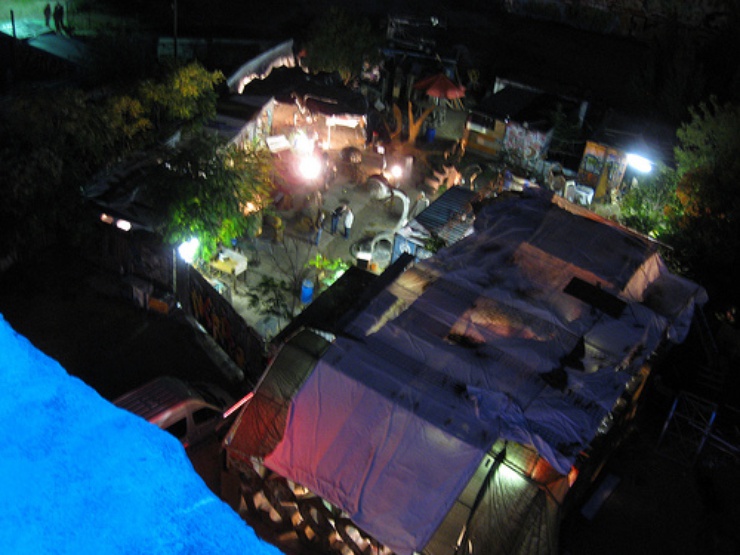 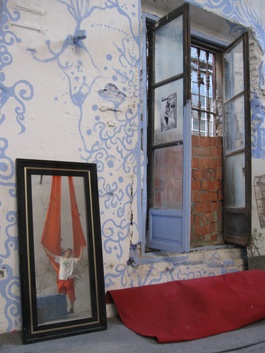 This change of politics doesn’t apply everywhere. The former hat factorym founded in 1917, was reopened in May 2008. The site was a hive of activity with weekly meetings, a reception and initiatives ranging from capoeira lessons on Mondays, theme cinema Tuesdays and popular lunches on Saturdays. However, in June 2009, the police evacuated the site. Negotiations are still going on between the owner, the municipality and those involved on the site

Calle Heliotropo, by Castellar, in the neighbourhood of San Luis de Sevilla

The Forte Prenestino, squatted since 1986, will open its doors between 16 - 18 October. For the first time, it will host the most important alternative cultural and social festival around Europe. On the verge of official establishments, urban culture takes on a European dimension. The notion of 'squ’art' is being re-invented and work going on to support culture that lies off the beaten track.