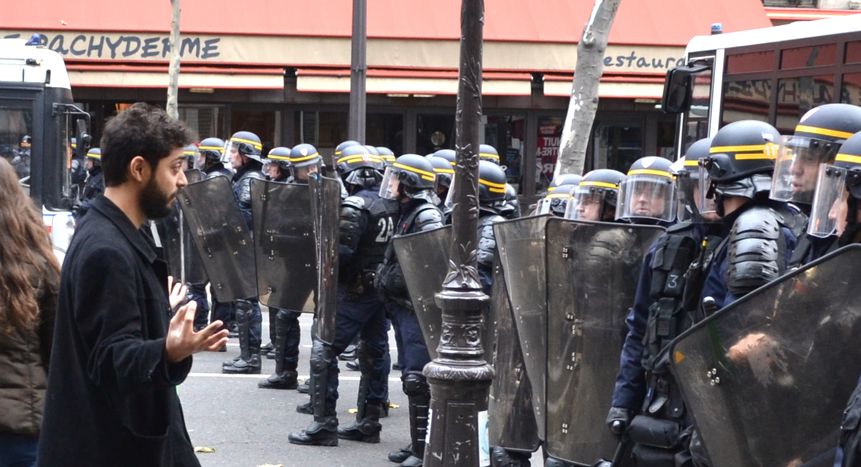 Following the attacks on the 13th of November, the French president Francois Hollande decreed a state of emergency, prohibiting the right to assemble during COP21. For those who still gathered in Place de la République, the need to demonstrate against climate change was stronger than their fear of the state or terrorism.

“State of emergency, a police state, they won’t stop our right to protest,” the Parisian demonstrators chant. Riot police form a strict line in between Boulevard Saint Martin and Place de la République. The expression on their faces, their riot gear, shields and nightsticks make it clear to protesters that they are dealing with a robotic force.

In the background dozens of police buses fill the square. Their blue sirens flash in the smoke of teargas and fireworks that encircle the monument of Marianne, the Goddess of Liberty. Two weeks ago, people also gathered together in this same place to commemorate the victims of the recent terrorist attacks. Today, they protest against climate change.

French president Francois Hollande decreed a state of emergency following the attacks of the 13th of November, which prohibits the right to assemble. But for people at Place de la République, the need to demonstrate against climate change is stronger than their fear of the state or terrorism.

Riot police slowly move their front line up the boulevard. People keep on singing: “Police everywhere, justice nowhere.” A group of protesters sits down. It becomes clear that people are not only marching for the climate, but also for their right to protest. 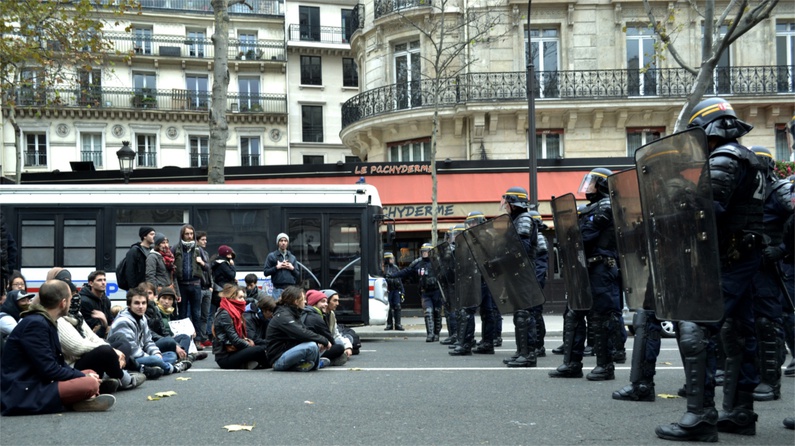 “I already got beaten earlier at the Place de la République,” a young man explains while showing a serious bruise on his leg, “I assume I will have gathered a couple more bruises by the end of today.”

Multiple firework bangs, set off in Place de la République, shake people up on the street. A police officer with a whistle in his mouth comes forward to organise a charge: “A point of information, you have to disperse,” he resounds through a megaphone. The group, one out of many in the area, does not disperse. 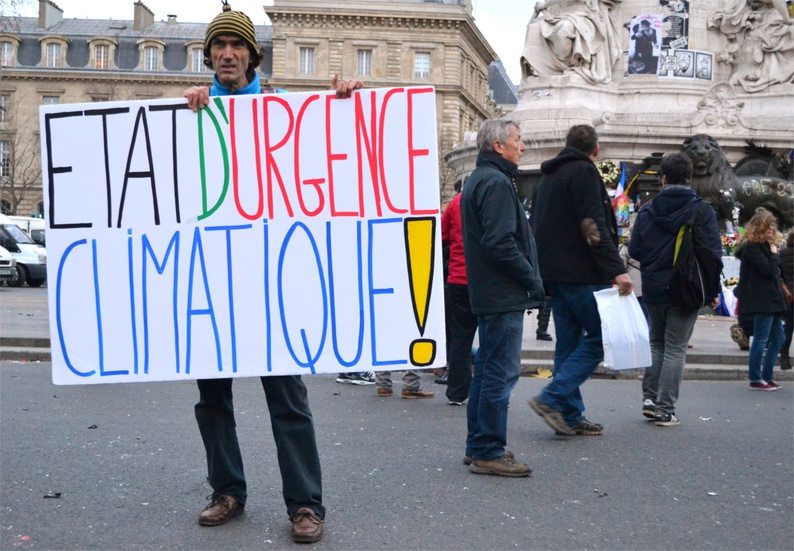 “This is France, but so much for liberty,” a protester shouts. The police fire a flare, which comes down in between protesters. A whistle blows, and then they charge. As the armed officers run up the boulevard, the demonstrators, consisting mainly of young men, flee. The group disperses.

The evening of the march is also the evening that the COP21 climate talks commence in Paris. For the next two weeks, world leaders are gathering to discuss climate change. At Sunday's march, although the French government prohibited all protests, thousands of people gathered in Paris to demand action to stop climate change. 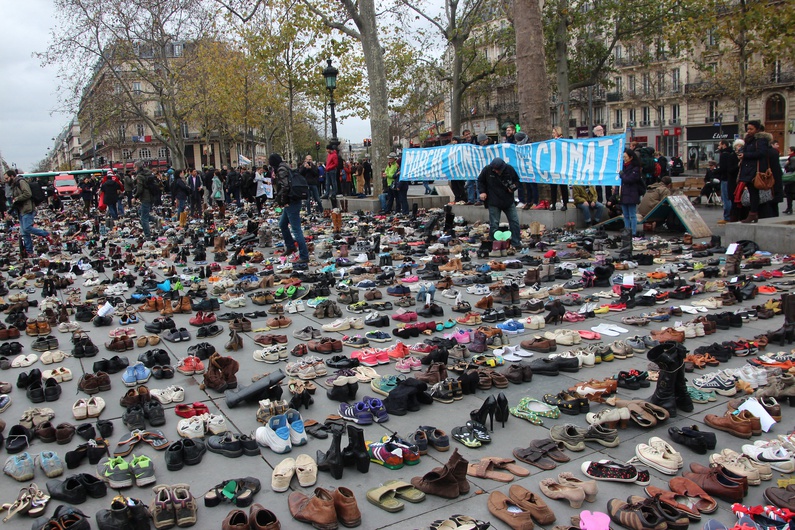 The media has shown videos of protesters throwing objects at the police, though the majority of people at Place de la République were peaceful protesters. They simply refused to accept the government’s fear of possible terrorist threats. The need to prevent climate change was deemed stronger than the fear of terrorism.