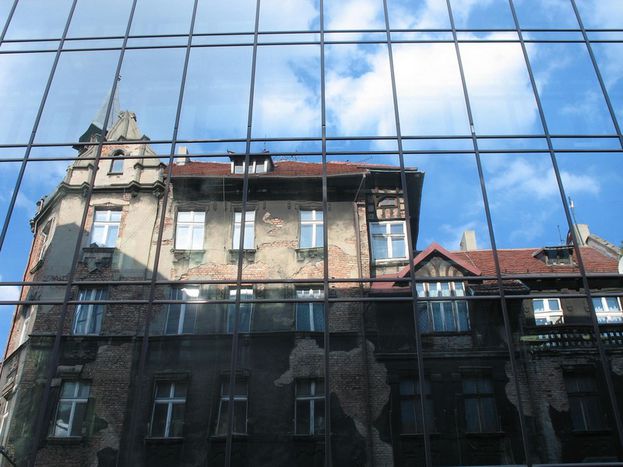 The tallest building in the world, the 828 metre (2716 ft) high Burj Khalifa skyscraper, was unveiled in Dubai at the beginning of January. Nowadays the question is more of building outwards rather than upwards, with four buzzwords - happiness, ecology,  smartness and economy - via two city models

Action stations! It’s time to get out there and do some field work for the architects, politicians and sociologists who are preparing grand designs for the principal cities in Europe. This is certainly the case, for example, of the ‘Grand Paris’ project in France. There's no shortage of ideas on the matter, and it’s not limited to the borders of France or the continent of Europe. This year’s universal exposition will be held in Shanghai between May and Ocotber. 70 million visitors are expected, and there is but one slogan: ‘Better City, Better Life’. What does it means to have a more ‘friendly’ city? 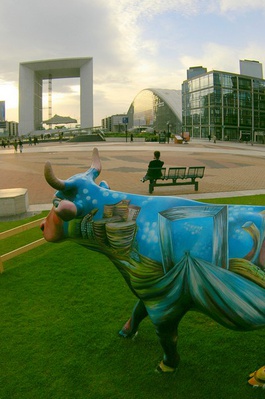 Antonio Duarte, an architect and ‘energetic’ city planner, in the bohemian and tourist district of Paris known as Montmartre. Aside from being the president of the ‘Grand Paris’ association, he’s very clued up on the notion of a city being a mirror of its society. Underneath his flat cap is a critical eye on the concept wanted by the government and its president, Nicolas Sarkozy, for the French capital. For Antonio, the most important thing is to see the concrete-jungle ghettos disappear; they hold back the poorer social classes and compound problems such as unemployment. There is no futuristic scale model to do this; instead a 2001 French law should be respected. The SRU (la solidarité et au renouvellement urbain, or solidarity and urban renewal), which imposes the construction of 20% of public housing in every town, is their first, concrete objective.

However, in order to see what’s coming in the future, there should be a ‘sign of happiness’ on at least one of avenues pursued; a modern yet ‘easy-on-the-eyes’ city. In a temporary laboratory, a number of specialists in the fields of city planning, architecture, ecology, climate, mobility and philosophy have worked hand-in-hand with some research laboratories from MIT (Massachusetts institute of technology) in Cambridge, and the TU (technische universität) in Berlin, in order to develop the vision of a capital city in the post-Kyoto era. (This was done under the direction of the LIN team; an architecture and town planning agency based in Berlin and Paris). In any case, Nicolas Sarkozy's will is for Paris to be the pioneer in the field; he’s ordered ten projects on the subject. Despite some disagreements, specialists are agreed on the necessity of increasing living areas and green spaces. So are we heading towards cities with more greenbelts? 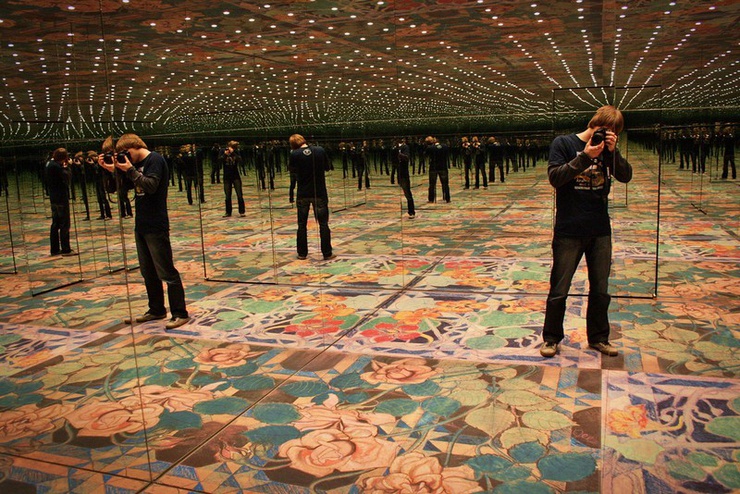 Whatever happens, the city of the future will be more ‘eco-friendly’. You have to take a trip to Krakow in order to see the practical implications which are hidden in this statement. Jan Machowski, the press attaché for the mayor’s office in Krakow, says that the plan implemented in one of the oldest Polish cities – situated in the south of the country – will be about 'competing with the use of private vehicles.' The stress here is on means of public transport; constructing car parks in the town centres and outlying routes, as well as investment to develop an express tramline. An existing public network of bicycle lanes is the icing on the cake. Meanwhile, fifty terminals to recharge electric cars will be made available in 2010. 'Currently, all of the urban community buses in Krakow comply with carbon emission regulations. The number of buses using compressed natural gas is growing each year,' adds Jan with pride. So will Krakow desist in polluting the Vistula river? An eco-friendly, water incinerating plant is being built in the east of the city and should be operational in 2014; it’s all coming along nicely…

However, there are some real intellectual workings behind these costly projects. The city designers of the future understand them well; the cities are in competition when it comes to technology, and are investing in education and research. The first centre of science and technology in France was built little by little on the Plateau de Saclay in the south of Paris in 2008; the international development of INRIA is an integral part of the Grand Paris project. Back in Poland, a centre of scientific innovation and an academic library are being built at the university of Silesia in Katowice, which is quite an industrial town due to its heritage. The ambition is for it to become one of the most modern places in the country in terms of research and accessibility.

However, nothing happens without EU funding, which has become essential for cities looking to expand their horizons. You can see it on the eastern side of Europe; collaborative links are being forged between the bustling and cosmopolitan cities of Vienna in Austria and Bratislava in Slovakia, and other smaller cities such as Brno in the south-east of the Czech Republic. With it comes the transference of cultures and economic development. Thus, the newly created geo-political centres have put cities that wish to have clout in Europe, and above all, be supranational, back in the running.