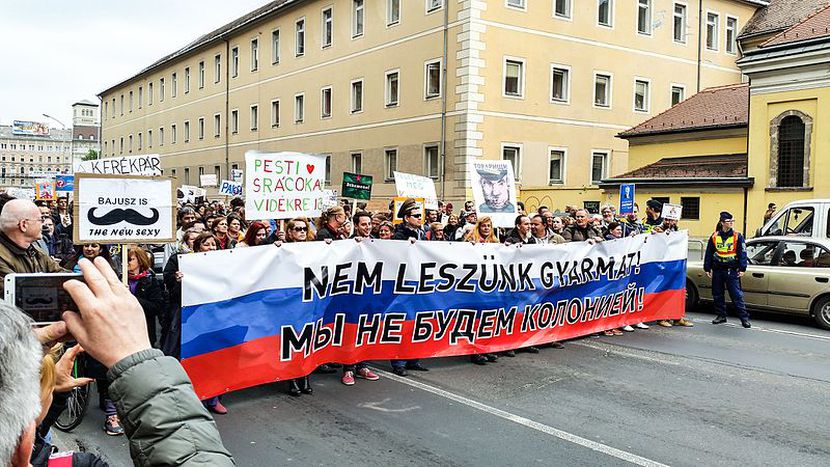 The media in Hungary seems to be building parallel realities. How reporting changes what people perceive as an issue and why do the agents and informants of communist regimes still walk free?

In 2016, the word of the year was infamously ‘post-truth’. However, this was no news in any post-communist country, where the distrust in governments and media is heavily grounded in historical experience. Regarding media, this distrust is getting more and more recognition, as critical theories gain space in academia and mainstream media outlets talking about being cautious. Considering the hidden agenda behind certain news clips is not always hard – however, the lack of reportage in specific issues is a similarly important factor which one needs to consider. As one uses as many of their senses in order to get a fuller picture of the world, as possible, similarly, one needs to be informed from different sources, different publications. Although this is usually not a major issue, in today’s Hungary the phenomenon became a symptom of something much more serious.

Magyar Nemzet, a newspaper whose owner fallen out with PM Viktor Orbán in a spectacular fashion, published an article on 29 April 2017. This article revealed that László Lehel, the director-president of the Hungarian Ecumenical Aid Service was working for the State Protection Authority (ÁVH) since 1983. The article exposed the details of the life of the undercover agent, who was meant to report on the activities of the ’counterrevolutionaries’ within his church. Moreover, he has joined ÁVH for ’patriotic reasons’ and was previously reporting to another division on the students of the university. The slight irony of the story is that the organisation, led by a previous communist informant has received billions of Hungarian Forints from the ‘national Christian-conservative’ government, Fidesz. László Lehel, who quit his position since has not yet responded to these allegations.

The story has appeared in numerous other media outlets: Index, HVG, Népszava, even Blikk (the Hungarian equivalent of The Sun) wrote about the ex-informant. What is more interesting, is the lack of this story in the government-related publications: none of the media outlets tied with the government, nor the national, public owned media reported on the issue. Only one of these outlets has reported on this incident, in which they summarise the whole investigation in one short paragraph.

A source, working in political journalism for decades now, has called this a normal phenomenon. ‘There are always topics which you do not discuss, if you are working in political journalism. It’s not like you're asked directly, censorship-style, that you can’t write about something, it’s more subtle. You just know that there are certain topics it’s better not to pursue. And don’t get me wrong, it’s present everywhere! Not just in Hungary on both sides but also elsewhere in the world, political journalism has preferences. Take the USA for example. Why do you think the New York Times was pushing against Trump so hard? Because a Mexican billionaire bought it in 2015, so when Trump was saying all that stuff about Mexicans being criminals, there was an obvious backlash.’

This lack of media polarisation regarding topic-choice is, however, a sign of a bigger malady. In the case of Hungary, this shows what it can actually become if it goes too far. The lack of reportage on such an important story can be explained by the fact, that the so-called ‘agent-files’ constitute a very uncomfortable topic for the government.  This is clear in the way they handled the issue so far, which is clearly not in line with that of other post-Soviet countries, such as Poland or the Czech Republic. The government (since the regime-change) have voted against the opening of these files every time when the opposition tried to make them public.  The committee which was set up by the current government to investigate the files is incredibly defeatist in claiming that it is ‘impossible’ to recover a complete list of agents. Although the government promised that they will open some of the files to researchers but strictly after the 2018 election. These signs all show that this topic is incredibly uncomfortable for the governing parties and they would rather not discuss it at all. This is the reason why the media outlets, even loosely connected to them, keep silent about the story of László Lehel, but they probably don’t realise that they might be causing a catastrophe with their obedience. 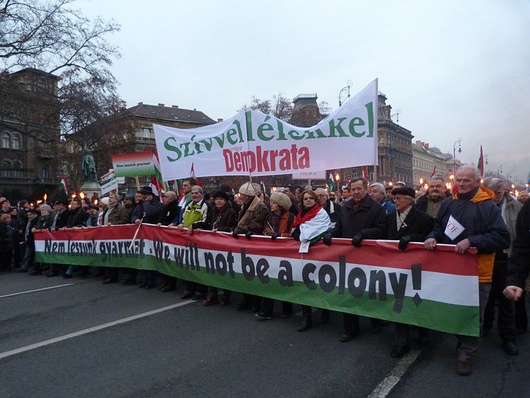 If we presuppose that the silencing of uncomfortable topics is not only present in this one case, those following the government-related media outlets are exposed to a phenomenon, which is today mostly associated with Facebook and social media: the echo chamber. The phenomenon, also called confirmative bias can be shortly summarised in that everyone prefers to look for and accept those pieces of information, which are similar to their pre-existing frameworks, worldviews, political preferences. This is a known and well-researched phenomenon in the world of social media but it seems like it levelled up, and now it runs on a national level in Hungary. However, it is an international problem.

We asked the chairman of Editor’s Forum Hungary, an NGO that aims to protect professional journalistic standards, Balázs Weyer what he thinks of this phenomenon. ‘It is very difficult not to read one type of media’ he said. ‘Polarisation is present internationally but Hungary is among the most hardcore ones’ he added. ‘But if you look at the US elections, Brexit or the recent British election, you can see it’s everywhere.

It is also important to note that social media itself influenced print press immensely. ‘People consume media less directly, so for example in Facebook the articles do not appear in the context in which they were originally meant. This context ceases to exist on Facebook’ Mr. Weyer said. ‘If the same article shared by two of your friends and one comments a heart and the other comments “Screw you guys”, well, it creates a very strong context.’ The social media also brought about changes for the editors and the audience as well. ‘In regard to the competition between speed and precision, the winner is clearly speed now’ he added. ‘And most importantly, neither the press nor the audience is adapted to these changes yet.’

The problem, therefore, consists of the press itself but also on the side of the audience as well. Every society needs to tackle this issue, as existing in alternative realities destroys the root and basis of debate, as there is no common ground not even in facts or events. No surprise therefore that when exiting these echo chambers, the two parties tear each other apart. As Mr. Weyer said in our interview: ‘If the media ceases to become a reliable source of information, we will lose one of the most important pillars of democracy itself.’