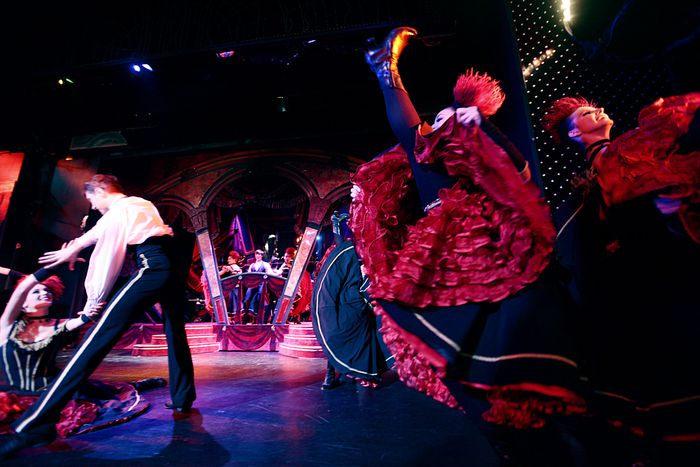 'Paradis Latin' cabaret in Paris - where everybody can-can

After almost 200 hundred years of history and can-can, what is still so appealing in the universe of Parisian cabarets?

Around 5pm dancers start to arrive at the Paradis Latin, one of Paris’ well known cabarets. Rather unusually, this time it’s the dancers who are doing the makeup, hair and wardrobe of a dozen ’mortals’ who are here this afternoon to participate in an afternoon can-can workshop. This new initiative instigated the Paradis Latin has met with quite the unexpected success. The waiting list is full for the next four months; some 2, 000 women are queuing to dance in the traditional 8.8 lbs can-can dress (the 'frou-frou'), and get ‘spanked’ by one of the professional male dancers of the troupe. After almost 200 years of history and can-can, what is still so appealing in the universe of Parisian cabarets?

'Can-can is complete freedom,’ says one of the workshop participants. For another, it is a lifelong dream come true, to put herself in the shoes of a cabaret dancer for two hours. For Karen and Rosemary from Colombia, the workshop is the highlight of their trip to France, a true incarnation of the capital’s magical atmosphere.

Half an hour later, all dressed up in red and yellow can-can dresses and with huge feather-like headbands, they are doing almost perfect high kicks and rond de jambs, with only their Converse trainers and city boots remaining incongruous to the scene. 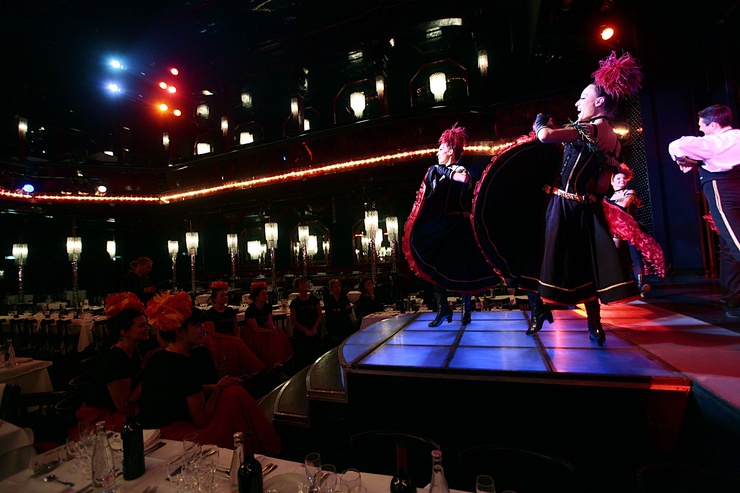 After the workshop a real 'fiesta par excellence' starts, which is as multicultural as this sentence is. Half a million rose petals and 15, 000 balloons are scattered onto the audience. With no less than 30, 000 bottles of champagne consumed throughout the year, the Paradis Latin’s recipe for success is similar to that of its neighbours and rivals, such as the Lido, the Moulin Rouge and the Crazy Horse. All of the houses host a mixture of dance and non-dance performances, circus and magic elements and just a hint of live singing. Professional dancers with a classical background, and who are too tall to become ballet dancers, appear onstage as half-naked Roméos or Juliettes (Paradis Latin), semi-nude traditional Indian dancers (Lido), or flesh-showing swimmers in a water tank full of snakes (Moulin Rouge). The 'barely-there touch' is the only recurring element of the shows that the Crazy Horse pushes even further then its  three other competitors, which renders its oft strictly–adult only classification imaginable. 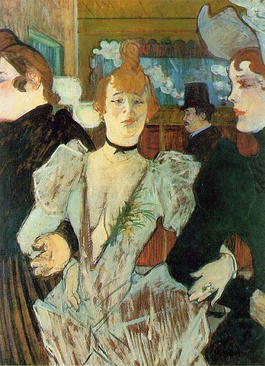 The eras in which Elton John and Shirley MacLaine performed at the Lido, or when Toulouse-Lautrec painted La Goulue at the Moulin Rouge, but the Belle Époque has long passed. Nowadays, in the quest of 'Paris, the most romantic city of the world', one is forced to realise that the aura of glamour evaporated. It transformed into queuing tourists and expensive mish-mash shows where the overdone make -up and the occasional lip synching of the dancers can be truly deceiving. Nevertheless, Parisian cabarets remain an essential part of the city’s myths; they belong to the city’s landmark brands. This time the romantic legend gets the upper hand on reality, and to preserve it we are ready to close our eyes to the imperfections and enjoy some kitschy fun.