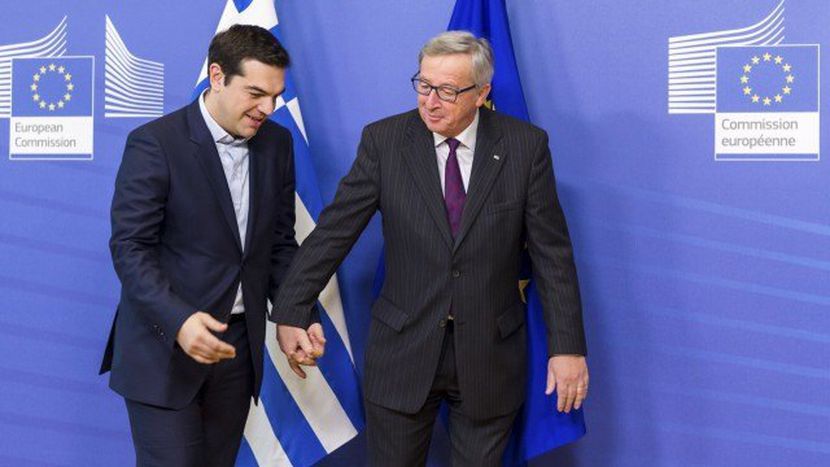 Panagiotis Kabolis, Athenian notary: “it is the last chance to make changes and prove that we can be trusted”.

In Cafebabel Sevilla we continue with the round of interviews with various professionals Greeks profiles to meet their views on the current situation. Just met the agreement between Tsipras and Brussels, it seems that, as our interviewee says, Panagiotis Kabolis, "it is the last chance to make Changes and prove that we can be trusted".

1)What does the referendum result mean for the Greeks and what message does this send to the rest of Europe?

There was much discussion about the meaning of the referendum. Those voting yes were voting yes to the permanence of Greece in the euro zone (that was the view of the European partners).

However, those voting no, were voting against the harsh measures contained in the proposals of the European partners.  As the current finance minister Tsakalotos admitted, the referendum was the only way out, as the proposals would not have been accepted by many members of the parliament belonging to Syriza. So the meaning of the referendum was, in my opinion to reinforce the position of Tsipras in the country.

Many Greeks celebrated Óxi as an act of defiance but the hard reality is that the country needs the money and the Óxi did not improve the position of Greece in the negotiations. I am not saying that a yes would be better on the level of negotiations.

As you might have seen, Tsipras asked for the support of the parliament in the negotiations: 251 MPS out of 300 voted in favour. The opposition helped but  17 of the Syriza MPS voted no or just presented or were absent, included ministers and important personalities of the party.

2) What might be the next steps in the renegotiation of the debt in order to receive more money?

3) What steps are possible and what is absolutely non-negotiable?

The thing is that Syriza promised much to the people to come to power without having any idea of how things work in Europe. Now Tsipras and most people of Syriza have a hard crash with reality and abandon their old ideas and another part is stuck in the left ideology.

4) Could this gesture of "rebellion" be mistaken for an exercise of irresponsibility ?

Now the discussion about changing Europe, I think this is a total nonsense because this is not happening as all countries are against us.  Another thing is that our people want a haircut of the debt without having made any deep changes. As you said, a big problem are the early pensions and the big state sector.  These people (early pensioners and civil servants) voted for Syriza because they do not want anything to change even if this means a catastrophy for the country.

5) Varoufakis quit. Why? The IMF’s reaction?

About Varoufakis. What can I say? The man was so incompetent. In a few months he destroyed every progress made in the past 5 years. Now we are almost back to square one. He should never have been minister. Now,  with the banks closed and the economy at a still stand I don’t see any chance to make good negotiations. As I see it, it is the last chance to make changes and prove that we can be trusted  (because this is the biggest problem that they do not trust us any more) but I am afraid that with this government it is going to be difficult.