The presidential elections are only the first step. So as to ensure the establishment of a democratic Palestine, Fatah needs to become a democratic political party and the radicals need to be integrated into the political mainstream 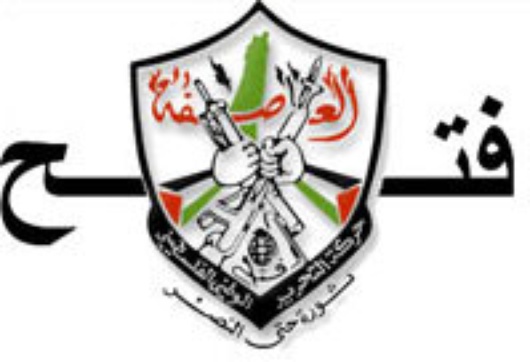 Following the harrowing pictures of the devastation wreaked upon South-East Asia by the Tsunami, happier news seems to be hitting the world’s airwaves. Mahmoud Abbas’ (alias Abu Mazen) victory in the Palestinian presidential elections is cause for celebration, with the elections seen as the first step in the establishment of a democratic Palestine. It is, however, not yet clear whether the planned reforms in Palestine will bring about a strengthening of democracy there. The success of the planned reforms will be measured on the basis of two things: whether Fatah, the largest and strongest movement within the Palestinian Liberation Organisation (PLO), can be changed into a democratic party, and whether the radical Hamas and Islamic Jihad movements can be integrated into the new political system.

More than 20,000 electoral observers oversaw the elections on Sunday the 9th of January, in which almost a million Palestinians went to the polls to elect the president of the Independent Palestinian Authority. Amongst the observers was the former French Prime Minister, Michel Rocard, who had warned prior to the election that problems with the lifting of travel restrictions for candidates could pose problems for the election. Israeli soldiers were reproached for arresting Hamas candidates during the first part of local elections, held on the 23rd December 2004, but this time criticism of the occupying forces was notably muted.

No choice in the elections

The main shortcoming of the election was that Mahmoud Abbas was the only candidate of the Fatah movement and the candidate receiving most, if not all, of the media attention. Under such circumstances it is hardly surprising that many Palestinians were left with the impression that they had no real choice for the election. The only real challenge to Abbas would have been Marwan Barghouti. But, having begun his electoral campaign from the Israeli prison cell to which he is confined, he withdrew his candidacy before Sunday’s polls under pressure from the Fatah movement. Barghouti wanted to draw attention to the authoritarian nomination of Abbas as the candidate for the Fatah movement. Hatem Abdul Qader, a Fatah politician in Jerusalem and, like Barghouti, part of the new generation of Palestinian politicians, believes that Barghouti has indeed succeeded in drawing attention to the matter. He believes that the big challenge for the new generation in the Fatah movement was not the presidential elections, but the next Fatah party conference: “We must establish a democratic system in the movement as well as a new style, a new vision – we need new thinking and to develop new concepts”. It was, none the less, important to get as many votes behind Abbas as possible, so as to empower him with the degree of legitimacy in the Fatah movement he will need to push through future reforms. Responsibility now needs to be bestowed upon the younger generation by the old guard; the ‘old boys’ network’ needs to be dismantled and the corruption swept away. The Fatah movement needs to change itself into a truly democratic party in time for the parliamentary elections in the spring.

A ceasefire on all fronts

Crucial in determining the long-term success of democracy in Palestine will be whether Hamas and Islamic Jihad, who boycotted the presidential elections, can be integrated into the democratic political system. First of all, Abbas will have to bring the radicals round to his strategy of soft diplomacy. So as to help Abbas gain the necessary support, Israel plans to release Palestinian prisoners and to lift blockades of the Gaza Strip and the West Bank. But for the new president to be able to convince the Palestinian people of the need for painful concessions to Israel, there must be visible and real progress towards the establishment of a Palestinian state. Hamas already showed at the elections for local councils that it is prepared to support a democratic Palestine. Changing the radical movements into political parties in time for the parliamentary elections and integrating them into the political system would take the wind out of the sails of the militarist elements within them. Hamas and Islamic Jihad could learn a lot from the IRA and their political arm, Sinn Fein – as well as from the PLO itself, which has undergone the metamorphosis from an underground guerrilla organisation to one holding offices of state.