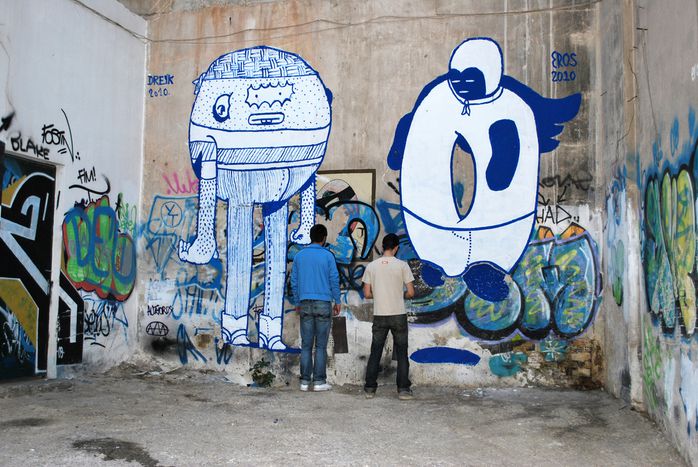 Between the established scenes of Barcelona and Berlin or the upcoming scene in Bucharest, the street art scene in Athens is still evolving as it accompanies its residents and their dreams, hopes and fears. The graphic designer, who has tagged the streets of the Greek capital since 1999, provides his personal insight