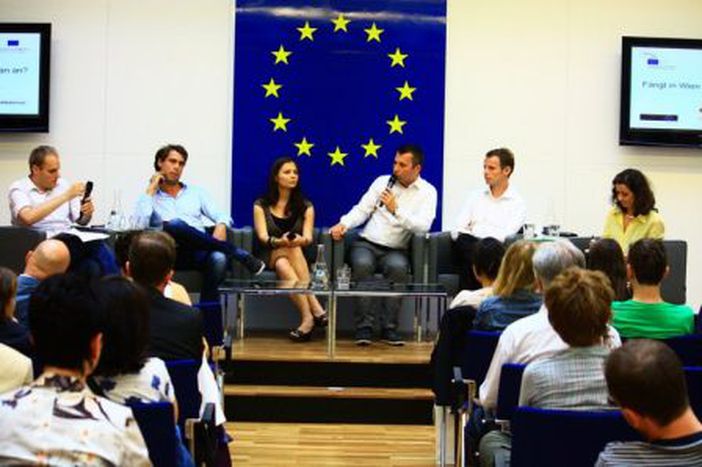 The purpose of the Orient Express debate, held in the House of the European Union on the 26th of May, was to debate the question “Do the Balkans begin in Vienna.” The answer was an emphatic yes, but encompassed questions relating to the relationship between Vienna and the Balkan countries, the history of this relationship and its effect on the people of this region.

Attending the conference were not only academics who studied the Balkans, but also younger people who actually hailed from this region, which gave the debate an interesting mix of learned opinion and people who had ‘hands-on’ experience of this interaction.

General agreement existed between the participants that there was a ‘Balkan connection’ between Vienna and the region, but there was discussion on the nature of this relationship. One of the debate speakers, Marina Delcheva, Marketing and Communications Editor for the Viennese city magazine Biber, pointed out that Austria had benefited strongly from the opening up of the Eastern European markets, as many Austrian firms (banks in particular) had opened up branches there. However, Austria has not opened up its job market to immigrants from these countries to a great extent, and has denied many highly skilled migrants jobs matching their qualifications, as these were not recognised in Austria. She also made an interesting point that many Austria firms had successfully established themselves in these countries because they were more used to the ‘friendly’ way of doing business that exists in Balkan countries

After the moderated discussion between the speakers, the floor was opened up to the audience for questions. 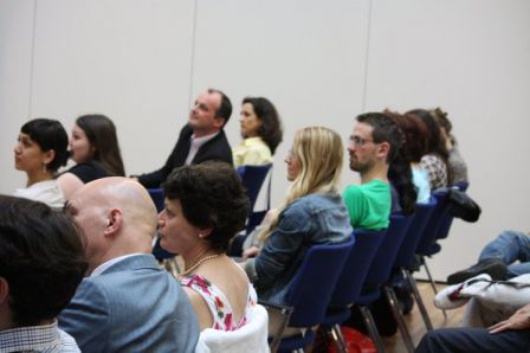 Many interesting (and relevant) points were brought up; including the degree to which immigrants from the Balkans felt at home in Vienna, and how closely connected Viennese felt to the Balkans. Many of the panellists who originated from the Balkan region claimed to feel more at home in Vienna, but, as speaker Dr. Silvia Nadjivan pointed out, the Viennese ‘mental map’ of Europe put the Balkans much further away from Austria as it actually is (after all, Vienna is closer to Belgrade than it is to Berlin!)

The discussion with the audience also resulted in a lively debate ranging from music, to the economy to questions of cultural hegemony. The discussion on music was particularly interesting, as Marina pointed out that the music which the majority of Austrians (and Western Europeans) listen to- Balkan jazz - isn’t actually a type of music which immigrants from the Balkans would listen to, but a kind of sanitised version which takes out the hard techno beats and replaces them with a more ‘bobo’ jazz version. This also led to an interesting debate on integration; does integration into ‘middle class’ Viennese society mean leaving your roots behind, or just presenting the more acceptable sides of Balkan culture that trendy “Bobos” find applying?

The question of cultural hegemony was also raised. On the one hand, Austrian businesses’ expansion into Balkan countries has been growing, but on the other, the Austrian government has failed to grant visas (or has granted only limited visas) to migrants from these countries. It was debated whether this could be a reflection of Austria’s typical view of the Balkan countries as places into which they could expand and develop, but certainly not the other way round. A representative in the audience from the WKÖ (Austrian chamber of commerce) certainly didn’t think so, and argued that the relationship between Austria and the Balkan countries was mutually beneficial, whereas many panellists felt that Austria, whilst happy to allow businesses to expand into these countries, had not been happy to see migrants looking for working opportunities come to Austria. 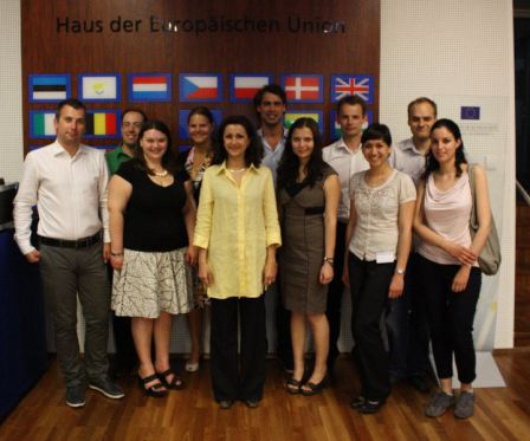 All in all, it was an interesting debate which raised many points about the relationship between Austria and the Balkans, a relationship which becomes ever more important as these countries come closer and closer to joining the EU.