Organic farming in Europe in need of fertiliser

The principles of organic farming form an integral part of the movement towards sustainable development. Even though they are essential nowadays, not all the countries of the European Union are finding it easy to implement these principles 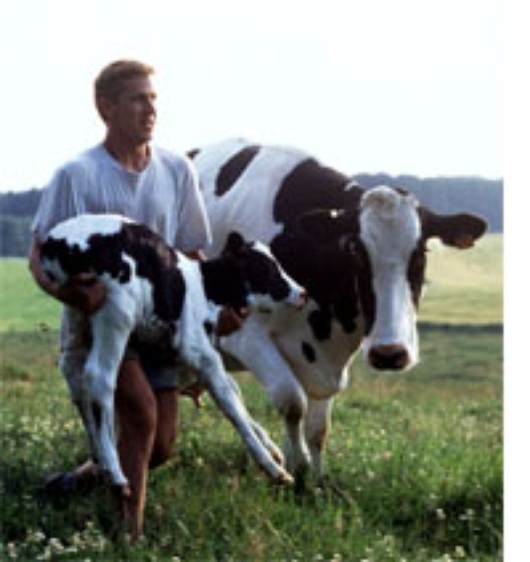 Organic farming, which does not permit the use of pesticides or artificial fertiliser, constitutes an important solution to the socio-environmental issues currently raised by farming in European countries. Several alarms have been raised: water pollution (including our drinking water resources); impoverishment of the earth, which compromises the durability of cultivation systems; the emergence of greenhouse gases, which are responsible for climate change; residues of potentially carcinogenic pesticides in foodstuffs, and so on. It is time to rethink intensive farming methods in order to preserve our production capacities and to promote sustainable forms of agriculture and, in particular, organic farming. However, at a European level, organic farming has a poor record and still remains quite limited. Will the recent European awareness programme provide enough fertiliser to regenerate this sector?

Only 3.5% of the Useful Agricultural Surface (UAS) in Europe is devoted to organic farming. This pales into insignificance when compared to the area allocated to organic farming in Australia and New Zealand. These countries together contain half of the world’s surface which is devoted to this type of farming. But within the European Union, the situation differs widely: Austria, Denmark and Italy, for example, need not be ashamed of their efforts. In these countries, up to 50% of the surface in some regions is cultivated according to organic principles. However, the majority of countries have a lot to learn from these model examples. France, in particular, placed thirteenth in European ranking, and Ireland, in penultimate position ahead of Greece.

European tools are not up to the job

Even though the European Action Plan for Organic Food and Farming of June 2003 properly identified the current failures and made substantial proposals to remedy them, the tools to operate these changes are stilll lacking.

Nevertheless, several issues seem to have come to the fore in this new programme. The EU will provide subsidies to support national awareness programmes to boost demand for organic products. As a result, major communication campaigns aiming at widening the field of consumers will be organised, such as the French "bio spring". A harmonisation of standards is planned in order to reduce the distortion of competition between the countries that follow different charters on organic produce. Let us hope, however, that this harmonisation will bring organic requirements to the top of the agenda as certain countries have shown themselves to be much less demanding than others regarding the rules of organic production. This type of agriculture must preserve its committed and resolutely alternative stance or it could suffer from a significant drop in its standards

However, the financial tools which are designed to support the development of organic agriculture remain vague and could hardly be described as enticing. The new Common Agricultural Policy (CAP), which should be the principal driving force behind a form of agriculture that is more respectful of the environment, is lacking in acceptance and comprehension. The funding that has been made possible by the new grants is certainly intended to promote environmental measures, but they are not specifically aimed at organic farming. Few other sources of financing are envisaged. Of course, there is the LEADER+ programme, covering the period 2000-2006, which aims at a better balanced method of rural development, taking into account new socio-environmental dimensions but, in practice, there are few listed projects devoted to organic farming. Thus, a move towards organic production still depends on the desire of each country to implement change.

It is possible, however, to take inspiration from some particularly successful action programmes or, at least, to try to reproduce some initiatives which enjoyed a certain success on their own land. For example, it seems that the Italian initiative which aims to promote 100%organic meals in school canteens could be easily applied to other countries. This decision led to the cultivation of more organic produce in Italy.

Another example, at the level of food processing companies this time: German brands of baby food have become "100% organic". This, of course, promotes both sides of the food production chain. Moreover, it undermines the argument used by brands, whereby they claim to encounter difficulties in promoting 100 % organic lines because of the difficulty in obtaining continuous supplies. The German government has made considerable funds available, 70 million euros to be exact, to create an unprecedented information programme to mobilise the media and stimulate research. The situation is improving thanks to the results of these various initiatives: Denmark, Germany and the Netherlands are all on their way to achieving their respective targets of setting aside 7%, 20% and 10% of the UAS for organic farming by 2010. An excellent result.

Obviously, there is no magic formula. But national programmes that are committed, ambitious and which do not balk at challenging widely accepted ideas on organic farming will result in significant advances every single time.