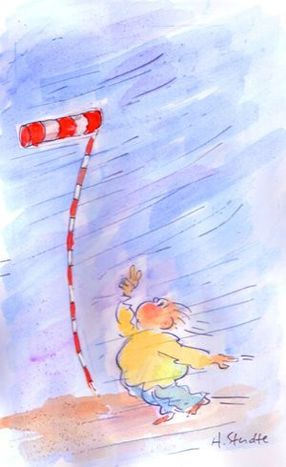 In Europe there are those who assert, those who dispute and those who protest… Opportunists owe it to themselves to be imaginative: they follow the herd in France, while in Spain they just go with the flow ("dejarse llevar por la corriente")! When talking about changing sides and switching allegiances, the Germans say that weathercocks put on their coats in the direction that the wind blows ("sein Fähnchen in den Wind hängen"), whereas they change their coats ("retourner sa veste") in Paris or change their shirts in Madrid ("cambiar de camisa"). In the UK, people who want to follow the crowd are said to jump on the bandwagon. In fact, these bizarre individuals are always where the wind blows and the Romanians understood this concept well ("merge unde bate vântul"). So is opportunism a typically European virtue?