Rocco Marseglia is Italian but he teaches literature in French high schools. A specialist in the Greek language, he has just returned from Mons, Belgium, where he attended full performances of Sophocle's 7 tragedies, put on stage by Wajdi Mouawad during a single day (from 5.30 in the morning to 01.00 at night). Theatre is one example, but what exactly is our intangible debt towards Greece?

Last year on the 17th of July, the Greek Debt Truth Commission published the first results of an analysis. This report highlights the fact that, before the Troika's intervention, the debt growth wasn't caused by excessive public expenditure (which has remained smaller than that of other European countries) but by the payment of extremely high interest rates.

Furthermore, the Commission proves how the first debt agreements were aimed mostly at decreasing the banks' exposure to Hellenic Treasury stocks and how the majority of the funds provided to Greece were directly transfered to finance institutions instead of providing a real benefit for the country. This explains why the same creditors, who had been eager to aid Greece in previous crisis, are by now ready to abandon the country to its own fate. 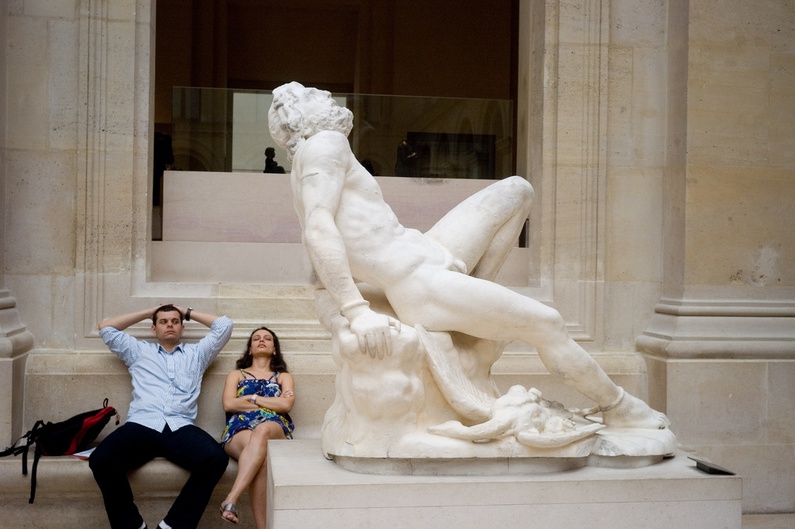 Between Humanism and finance: what about our debt to Greece?

In addition to the - mainly financial - debt, there's another, immaterial debt that is owed to Greece, which all countries over the centuries have incurred towards Athens. It would be wrong to believe that our debt lies inside notions of democracy, philosophy, mathematics, medicine, physics; or inside the theatre, historiography, architecture, rhetoric, mythology or countless other cultural branches that we identify with words of Greek origin. We indulge their classical etymology but such ideas defined historical and cultural realities that go back to ancient times and are generally very different from today: seeing them as mere ancestors of our ideas or - even worse - considering them universal categories which ancient Greek people have discovered is quite deceitful.

Ours is a debt of a different nature: the same antiquity (recovered and constantly re-elaborated), how to interpret and develop from it has been a powerful means through which European people have been able to reflect on themselves.

The revival of ancient scriptures has, for example, given birth to Humanism, the first major international and European cultural movement. Ancient art has been the favourite model firstly for the Italian Renaissance, and for Winckelmann's Neoclassicism after. To ancient Greece return back the Elizabethan theatre, French Classicism, German Romanticism, ancient and modern philosophy, psychoanalysis etc.

Many different ideas from the ancient world have enabled Europe to design and define itself and to channel its own creative energy.  The very Reichstag palace, where German Parliament could be called to have its say on an aid plan to Greece, imitates Hellenic architecture!

Debt and democracy: between Pericles and Solon

The real issue at stake in the Greek crisis is therefore much bigger. Athens has refused to agree to the conditions imposed by creditors, which until now have only contributed to reducing GDP and increasing public indebtedness (thus further aggravating the debt/GDP relationship). But that's not all.

They have also led to dramatic changes within Greek society and provoked an unbearable humanitarian crisis. Every European citizen must take the overwhelming "oxi" vote as an opportunity and a challenge: we are asked to reconnect with Europe's humanitarian roots by putting people ahead of the excesses of neoliberal economics.

While markets continue to burn more that the total amount of Greek debt, we have the urge to answer a serious political question: what should be Europe's model? It is precisely our cultural history which offers us once the tools to rethink. 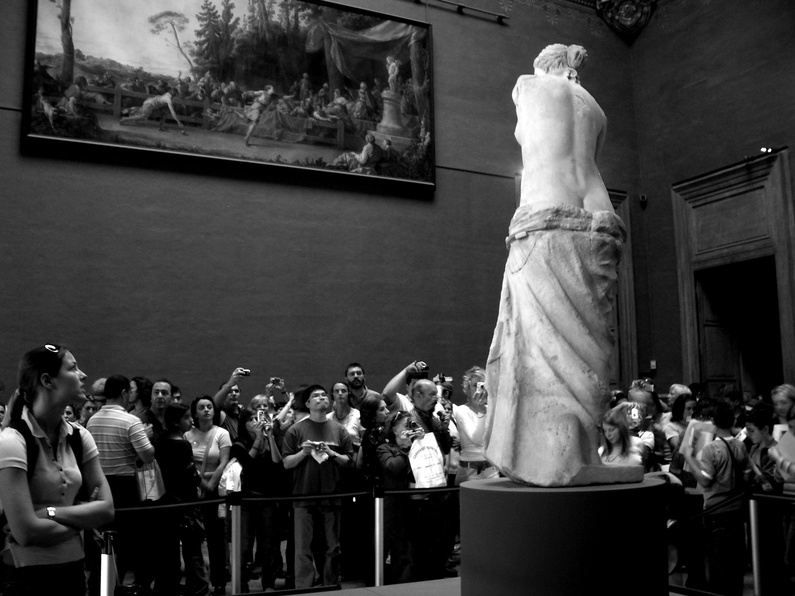 We must discuss with a comparative perspective, using two episodes of Greek history.

Right after the Persian Wars, Pericles, the politician who embodied Athenian democracy in the 5th century, imposed an imperialist policy on the Delian League (an association of Greek city-states). He forced them to pay a yearly tribute that nurtured the Athenian economy, these allies couldn't leave the League, and gradually became its actual subjects. Without suggesting any historical parallels, the comparison should make us remember that, even if it's within the very same European Union, the policy of Greece's creditors is in fact a policy of economical and financial neocolonialism. Is this the only way the Greeks must bend?

Not necessarily. Solon, who was seen by Athenians as the founding father of democracy, prefaced his constitutional reform with a measure known as "seisàchtheia", which means "shaking off the weight": the legislator freed peasants from economic ties to their owners, prevented slavery caused by late payments and abolished debts (like mature fruits that fall down from the tree after being shaken, freeing it from those weights).  This has helped boost the economy and laid the foundation for the successive democratic reforms. Today, we gain find this sense that people's democratic expression can only happen by "shaking off the weight" of finance, which is too heavy and brings down parts of the real economy and society.

The Greek dilemma and Europe's people

"Ti drasô?, what shall I do?" is the question that tragic heroes ask themselves when confronted with impossible choices. The same question was asked by more or less, ten million Greeks, who voted in last Sunday's referendum. We, as Europeans, have the difficult and urgent task of supporting Greece, just like Chrysothemis did with his sister Electra: "Drasô, I will do it. What is right to do should not be the object of debate but, on the contrary we should speed up the process." The Greeks voted No and now we need to remove the burden of debt and respect the democratic process.