Opinion: How I'd love to be in the Hungarian opposition right now

Since Prime Minister Viktor Orbán's speech in Paris on the 11th of January this year, the question of migrants has evolved into not only the number one crisis in Hungary, but also across the entire continent.

Though the matter initially served as ammunition to fling about during arguments between political parties, we are now reminded of the severity and imminence of the refugee crisis in each and every news bulletin read, and every programme broadcasted.

The lead-up to the current crisis is visible when considering the figures that reflect an  exponential growth of what were considered illegal trespassers of state borders. A couple of months back, the (approximately) 900 migrants crossing the state border during an average weekend seemed like an incredibly large figure, while the same number currently hitting 2000-2500 seems average.

Meanwhile, the shocking number of applications for asylum submitted in Germany reflect expectations of further millions to come. In fact, the last couple of months have seen the arrival of over one hundred thousand asylum seekers in Germany. Even so, why is the German case important in relation to the situation in Hungary? The answer lies in the blatant realisation that this question is no longer merely a challenge to the nation state but a much greater European problem. Added to this, the majority of newcomers do not want to settle and find employment here but much further west; feeding our suspicion that only the so-called great powers have the ability (only barely) to incorporate a population movement of such immense magnitude. Thus, it is also clear that Hungary does not possess resources equivalent to that of Germany. What is more, we have no valuable experience of similar crises because such movement of migrants through the country have up till now been unheard of.

It is essential to note that the southern periphery of the areas engulfed by the Schengen Agreement face an even more difficult situation than, for example, the Germans and Austrians. Under certain international regulations - though supporters of such ideas are numerous - it is not possible for Hungary to allow the masses go until they have been duly registered. It is important not to overlook the fact that the strategy of letting the migrants through the country has been the much favoured 'weapon' of Italy earlier on.

The Italians have, on the contrary, recently called for border restrictions on the German-Austrian border to reduce the number of those crossing. Above all it must not be forgotten that, should the Dublin III Regulation (concerning the deportation of migrants back to the first Schengen country they enter) come into real effect, all migrants initially registered by the Hungarian authorities will be sent back to Hungary. The prospects of such developments are of the highest concern, regarding the potential figures in question.

If anyone finds themselves wondering about why there are hundreds of migrants at Budapest's Keleti railway station, they are not alone. The problem lies in that no one knows what is happening and where the solution may lie. This hesitance and confusion resulted in the departure of the trains, followed by the closure of the station and the recent re-opening. Rushed actions produce no good results. Yet this is not exclusively a Hungarian symptom. The Austrians help the migrants board west-bound trains and then decide to search all vehicles at border crossings in pursuit of illegal migrants.

The Germans are criticising us Hungarians, while encouraging a tougher Italian stance and waving the ridiculous prospect of sanctions against Hungary despite it abiding by relevant international regulations. In fact, the entire Franco-German attitude is of exceptional comical value. The moment a member state disagrees with the above-mentioned axis, we are reminded of the 'common European values', followed by threats. 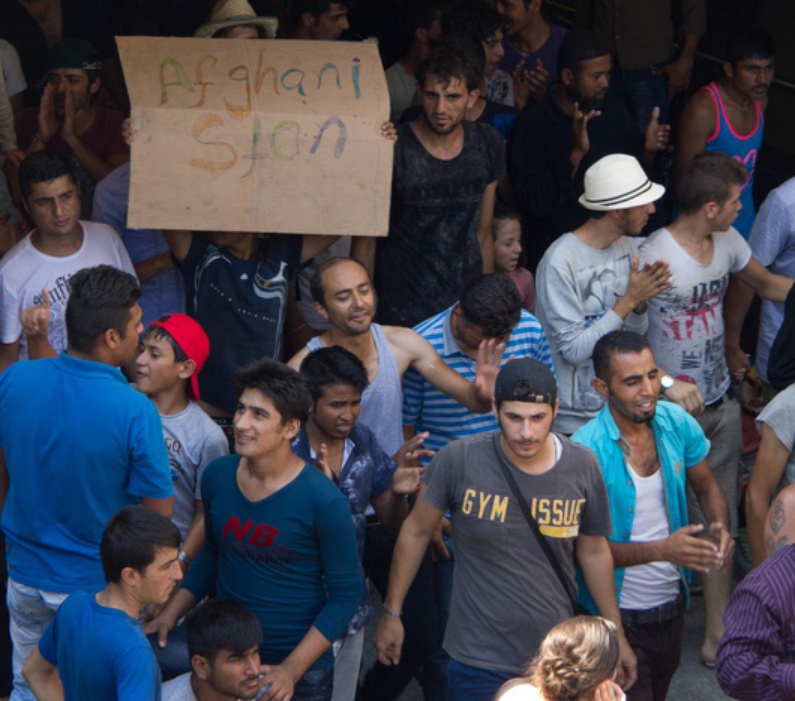 I have previously emphasised on numerous accounts my rejection of demagogy, no matter from which political benches it stems from. We must analyse the given problem from both a humanitarian and a greater-political perspective. Neither side must lose sight of the other because there may be tragic consequences - political or humanitarian. We cannot fashion an American-style response of shooting those that breach hermetically sealed state borders and neither can we ship everyone back to (in certain cases) war-stricken countries.

This would not only be inhumane but also irreconcilable with European moral values. On the other hand, it is impossible to allow entry and provide a living and benefits to everyone because, with so many people in question, not even Germany has the chance of suceeding, let alone Hungary. Having seen the difficulties of integrating the considerably large Turkish communities, the arrival of tens of thousands of other ethnicities will result, in the long term, in foreign enclaves within the country; assuming the Germans do not find the recipe for successful integration and crisis management. The chances of the latter have been called into question by German Minister of the Interior Thomas de Maizière, who has suggested an amendment in the constitution to help the 15-20 percent of the newcomers that may be illiterate and will have difficulties in finding employment.

How I'd love to sit on the opposition benches! I would not have to feel the burden of having to make decisions in seeking the balance between political and humanitarian perspectives. I would not have to feel responsible for finding the middle ground between international regulations and the reality on the ground. I could be ranting about the problem and be a demagogic humanist. What's more, why not take to the streets and protest in favour of the migrants?

Yet it is unclear to me why such demonstrations are held in the first place. To allow them through to Western Europe, breaching all the relevant international regulations? To keep them here against their own will? To find them a place to live? Hundreds of homeless people have no permanent dwelling, despite having searched for long the opportunity to have a roof above their heads. For better treatment? In this case, concrete and instant help would go further than mere demonstration.

And to be fair, the Hungarian authorities have never before faced such an overwhelming wave of migrants. Therefore it's no surprise that not everything is going according to plan. I admit that things could be better than they are, yet it is certainly not terrible.

In the current crisis, a clear vision is worth more than mounting the heights of 'European values'. How I'd love to be in opposition now!

Translation into English authorised by the original author. See the original Hungarian article 'Annyira lennék most ellenzéki' by Gergely Károly at CaféBabel.