Three authors of the German magazine Spiegel were investigating the case of Siemens, for one year and a half. Jörg Schmitt, one of three editors of the magazine spoke about his research during a recent meeting with him in Berlin .

As Jörg Schmitt remembers from the early days of his research on available documents regarding illegal transfer of funds through Liechtenstein, that there was evidence of bribery of the Greek parties.

"At that stage bribery existed only in a very specific segment of telecommunications. At that time we didnt know the actual size of the transactions with Greece and the millions given for bribes" says a German journalist. Through time, information that a specific account opened in Liechtenstein only for the Greek bribes, started to multiply.

"Soon we realized that there were very close relations between the manager of Siemens with people such as Mr Kokkalis and generally a close network of contacts within Greece. The country was regarded as a model for large profits. The bigger the profit, the greater the bribe ", says Jörg Schmitt .

While SPIEGEL editors were able to demonstrate the illegal actions of Siemens and which of its executives participated in, they were not able to find the recipients. The difficulty of identifying them, according to Jörg Schmitt, relates on the way the bribe was given, namely through a chain of ''ghost'' companies in Liechtenstein, where the owner's identity remains unknown. At the end of this chain was a person of the company who received the amounts and usually shared the cash to those politicians and government functionaries who in return gave to Siemens relevant public projects. 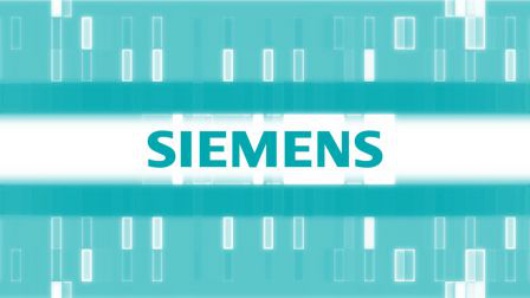 In the meantime, there are names of senior officials and higher public servants who where bribed by Siemens. We asked Jörg Schmitt to tell us why, according to him, these people are still free.

"As I have seen in other cases as well, I get the impression that the Greek judicial system moves very slowly and that many cases lead to nowhere. Now in regards to this case I can only make assumptions. I think that the influence exerted by politicians in Greece in such procedures is relatively high. But if you see just how wide the bribe was, you understand that nobody has interest to reveal the real dimensions of the case " Jörg Schmitt highlights .

At the same time, managers involved in the scandal help to ''close the issue'', by staying either silent or only providing limited information, but almost never the names of those who have been bribed. There is a high probability that they are really scared, " says Jörg Schmitt, and cites the case of managers who were responsible for undertaking public works in Russia. To protect the lives of their families, the German prosecutor's office refused to cooperate with Russian authorities.

Turning now to the Greek case, Jörg Schmitt is unable to express an opinion on the validity of Michalis Christoforakos's (former CEO of Siemens Hellas)  fear that if issued in Greece his life is in danger. For sure, Mr. Schmitt says that by staying in Germany, Christoforakos avoids custody and trials in Greece.

Finally we mentioned to Jörg Schmitt the case of former Defence Minister Akis Tsohatzopoulos, for whom SPIEGEL has left hints that he had been bribed in order for Greece to buy the German ''Leopard" tanks.

"Ultimately it was not possible to reveal who has been bribes. And that was the real problem of our investigation. We were not handed those documents that would allow us to write a meaningful story. " Jörg Schmitt said that many times in his investigative journalism many managers and even ministers lost their posts because of revelations, without however wanting to mention any names .