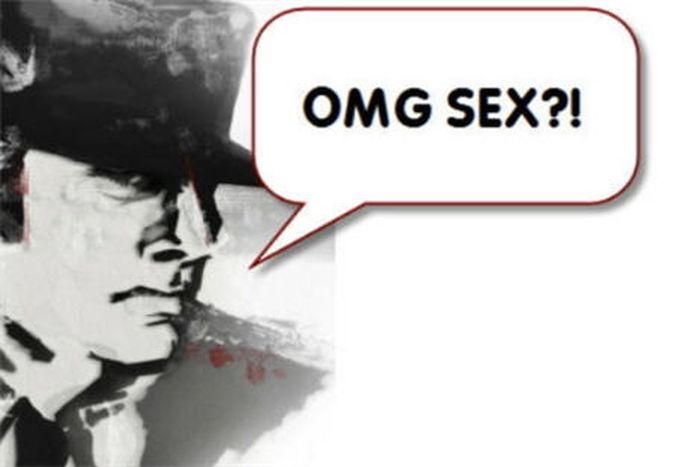 Only Sex Can Save Estonian Economy

An appeal from a well-known online vendor plumped down in my mailbox today, explaining that Estonia could be salvaged from foundering only if Estonians had more sex and, by doing so, also did breed.
I took a liking to this idea as to one to bolster up our economy. Moreover, Estonian economy is listing precariously, and creative approaches to problems always pay off.

The gravity of the situation can be perceived by reading a recent Eurostat news release. According to the latest data, by 2035 the population of Estonia will have plummeted by 7 per cent, and by 2060 even by 15 per cent. The same survey predicts that, unlike in Estonia, in 13 other EU countries there would have been a sizable population  growth by the same time.

According to the estimates of the survey, Cyprus would have had the largest rise of 66 per cent.  The most serious fall would have befallen Bulgaria (28 per cent).  Estonia would have a population of 1,13 million in 2060. Estonia’s population today is 1,34 million, thus we would have 200 000 souls less.

So, rather naïvely and emotionally, I shall now try and unravel how sex could deliver us from this certain economic doom.

Firstly, in those scores of years to come we should not be able to replenish our own workforce and Estonia would be inhabited by an ever-growing number of Chinese, persons of darkish countenance, Muslims etc. That is not to say that I have anything against them, I do not lump them together, either - I am simply worried about the future of my country and folk. This low-cost workforce would, however, bring different attitudes. Besides, the integrating of them into our society would probably be more expensive than bringing up our own children. It was even today that BLRT announced that they would like to employ skilled workers from China. It is also with horror that I ponder the paper of Johan Bäckman, criminologist and jurisprudent, who predicts in his yet unpublished a book that Estonia as a country will die a death within the next ten years.

Secondly, people of my age, now toiling in the sweat of their brows, would be bereft of their old-age pensions; in addition to this, the retiring age would be so advanced that I should not even live to see it, I should die long before being superannuated.

Thirdly, tax rates would soar, and the state would impose all sorts of taxes upon us. The less we should be in number, the heavier the tax burden would be per capita. It should come as a warning that childless persons are now being considered to be taxed, not to mention the car tax, or the fact that it has been proposed to freeze the further lowering of the personal income tax.

Moreover, if we do not engage ourselves in sex, we should get stress and be unproductive at work which, in turn, would bode ill for our economy.

Finally, I tell you: follow not my example, but follow my words instead – for, if formal matrimonial status is to be considered, I am single, of 32 summers, and childless. Why? I cannot say. I am just dedicated to my work.