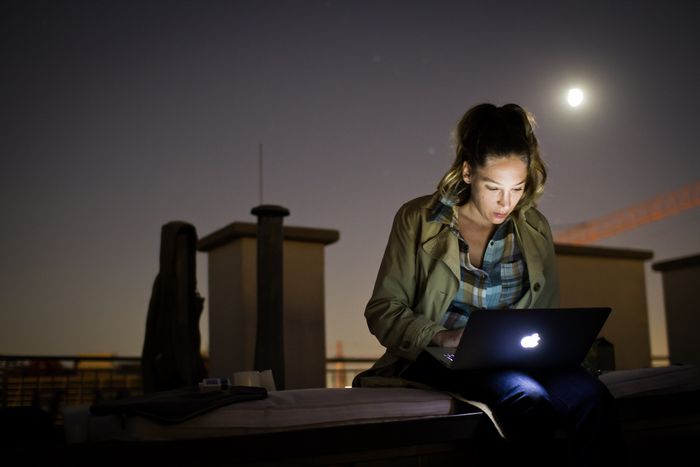 Online harassment, or how to escape the troll's nest

The digital age has changed journalism in many ways, not least of which due to near constant contact with readers online. While this can offer valuable insight into consumer preferences, it can also backfire if the trolls stumble out from under the bridge. We explore the harrowing world of online harassment.

"Don’t read the comments!" Maggie Downs tells me, a writer for the Los Angeles Times and Washington Post. After writing a personal story about going into labour and testing positive for meth, she knows a little about the now well-known refrain. Due to her high-profile position, her post on the online platform Narratively was shared all over the web – 17,000 times on Facebook alone. The comments are everywhere, it is hard to avoid them, but Downs says she is afraid to look.

Amy Binns, Senior Lecturer in Journalism at the University of Central Lancashire talks about how the comment section on online news platforms and social media is something that can generate a lively debate, containing constructive critiques and a fruitful exchange, not only for the reader but also for the journalist. However, "an interactive site" may also "carry the seeds of trouble" – Cyberharassment is part of the daily routine.

Who you gonna call? TrollBusters!

According to the Pew Research Centre, four in 10 Internet users are victims of online harassment. In a recent Guardian article – "The dark side of Guardian comments" – abuse was defined as either "threats to kill, rape or maim" and/or – less extreme – the "demeaning and insulting speech targeted at the writer of the article or another comment".

The Guardian automatically blocks such abuse, as do many other news platforms. This isn’t, however, true for every publication. In addition, a journalist’s digital workplace goes beyond online media outlets: Twitter, Facebook, Youtube, blogs and Instagram are equally important to an online contributor’s daily grind.

"Media organisations are woefully unprepared for this type of activity and also need training in providing appropriate support," says Michelle Ferrier, the founder of TrollBusters – an "online pest control for women writers" – where victims can report incidents of cyber-harassment. "Online harassment is often dismissed by law enforcement and frequently ignored by the platforms that enable the abuse."

What is problematic is that news platforms profit from the traffic, no matter how harmful. Asking the question, "What works best on Facebook?" before creating content is the rule rather than the exception. For example, the Huffington Post uses real-time testing of headlines to gain more readers. The logic behind this is simple: Trick the algorithm. Be on top. Win the infowar.

In order to re-establish trust in conventional newsrooms in an age where everyone can filter out information they don’t want to read, and content is promoted thanks to the numbers of clicks and shares it has received online, journalistic contact with the audience seems inevitable and necessary.

Ilka Jacobs from the Department of Communication at the University of Mainz argues that, thanks to the internet, "communicators" and "receivers" now have a fluid exchange of information – thus paving the way for individual political change.

Guardian writer Jessica Valenti summed up the problem, "Imagine going to work every day and walking through a gauntlet of 100 people saying ‘You're stupid’, ‘You're terrible’, ‘You suck’, ‘I can't believe you get paid for this’. It's a terrible way to go to work."

When I posted a guide on how to help refugees in Denmark to a Facebook group for international students in Aarhus, these were some of the comments I received: "Let's watch together how they abuse women in broad daylight." 17 likes. "WWIII. Syrians in Europe," read another.

The most disturbing: "To describe such people's state of mind, I coined a term: Refuphilia – an irrational (possibly dangerous) empathy towards a person who is supposedly a refugee."

"When you don't get comments you know that there's a problem"

There's a fear that minority topics will receive less coverage in the future, due to the online harassment such content is in danger of receiving. Considering that women and minorities are the most likely victims of trolling, the suggestion is not without merit. On the other hand, this is just one side of the story.

When I conducted an online survey asking journalists how they deal with such comments, one respondent also wrote: “When you don't get comments or people liking what you wrote then you know there is a problem.” Not everyone suffers from the negativity. In fact, journalists deal with it very differently. Answers ranged from, "I feel bad for days" and "I've told my psychiatrist", to "I try to ignore them", "I laugh at them", "I continue my work" and "I don’t read them unprepared".

The Internet connects a vast percentage of the global population – that’s a lot of opinions. It might be biased to expect the entirety of Earth’s population to agree on one common cause – as much as it is considered biased to think a journalist could always be inhumanely impartial. The difference now is one has to try even harder to be achieve impartiality.