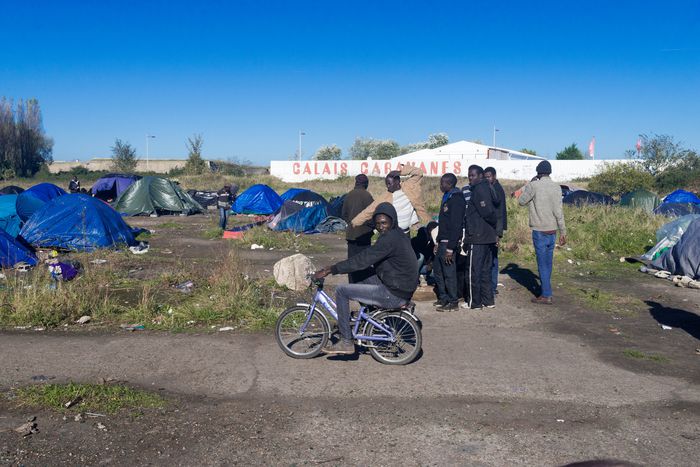 One week to clear out the Calais Jungle

Authorities have been ordered to clear out the Calais Jungle, home to more than 6,000 refugees, by the end of the week. Refugees will be re-distributed to the numerous reception centres dotted around France to have their asylum cases examined. Is this a sign of France's clumsiness in regard to integration? What will happen to those who wish to enter the UK?

With Calais, France has once again exposed how miserably its migration policy has failed, Il Sole 24 Ore comments:

"Even taking the highest estimates of the number of refugees in Calais (8,000) as the basis, if they are distributed among the 450 reception centres that's an average of 18 persons per centre. A modern, civilised and well organised country should easily be able to cope with such numbers. The real problem is that this situation (which oddly enough the ruling classes don't seem to be prepared for) is unfolding in an already explosive social context - with ghettos on the periphery, radicalisation and the spread of Islamic fundamentalism. Fear, distrust and hostility are being fomented and stoked by the propaganda of the far right. Clearly the solution is not to close the borders but to rely on proper integration." (25/10/2016)

France is shooting itself in the foot - Le Figaro, France

Distributing the refugees across France is not a solution, writes lawyer Xavier Saincol in Le Figaro:

"In the long term this way of handling the refugee crisis will have disastrous consequences. It conveys a negative image of immigration as the result of a powerless state and as a source of chaos. An organised, controlled immigration policy negotiated with the countries of origin could be a real chance for our country on the economic, demographic, cultural levels, as it is for Europe as a whole. With its policy of forced regional distribution of illegal migrants, the government is de facto burying the principle of controlled migration and the fight against illegal immigration. It mocks the idea of positive, regulated immigration that works to France's advantage." (25/10/2016)

"The french police know that within a few months the camp they are trying to clear will be full of desperate people hoping for a better future in the UK once more. Just as the waters of the Mediterranean are full of those fleeing war and misery, on Europe's northern coast there are thousands of people planning a journey that knows no laws or border. ...Immigration, legal or illegal, is a European issue with numerous positive aspects as well as very problematic ones. In both cases the European authorities should demonstrate realism and pragmatism and prevent the voice of populism being the one that benefits from the crisis. Moving the refugees from one location to another, as is being done in France, is nothing but a stopgap solution." (25/10/2016)

Why Britain is the dream destination - Savon Sanomat, Finland

The refugees in Calais see the UK as a gateway to the English-speaking world, which may explain why the island exerts such a powerful attraction on them, Savon Sanomat speculates:

"There are several reasons why the refugees don't want to stay in France or elsewhere on the European continent even if they have been granted asylum. ...One explanation is that now this is the last chance for them to reach the island kingdom. But this makes the puzzle all the more puzzling: why do people want to go to a country that according to all the economic forecasts is heading into a deep crisis? ...One reason may be that many people are familiar with the English language and culture. And Britain is also seen as a gateway to the rest of the English-speaking world which as a global whole is seen as a world of possibilities in which the individual is more than just the object of governmental measures." (25/10/2016)