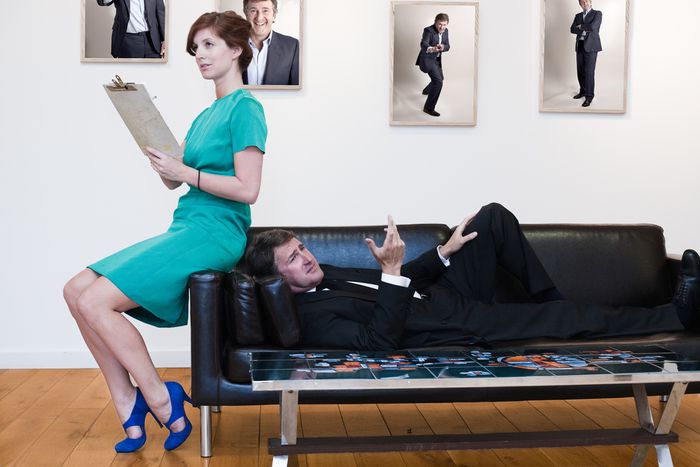 One third of Europeans suffer from mental illness: really?

On 6 September a controversial sounding report from the European college of neuropsychopharmacology revealed that 38.2% - of the EU population as well as people from Switzerland, Iceland and Norway - are not quite right up there. Four psychologists from Poland, Spain, France and Italy give cafebabel.com their verdict

Poland: 'being allowed to mourn a dead child'

‘As a psychiatrist with twenty-five years of experience, I find the results of this report ('The size and burden of mental disorders and other disorders of the brain in Europe 2010') to be hugely exaggerated. It has revealed the phenomenon that is the medicalisation of everyday life. Consequently emotional reactions are taken for illnesses. Today, someone who is sad is called depressed. A merry person is a maniac, and anxiety is a symptom of paranoia. For example, once I received a telephone call from an oncology department with an urgent request for me to see a woman suffering from severe depression. I asked how they knew that she was suffering from depression; it turned out that her child had just died of cancer. Understandably she would have been sitting crying in a corridor of the hospital. Twenty years ago, if someone was crying over the death of their child, they were simply crying over the death of their child. In this day and age, they would be suffering from a severe depression.’

Professor Łukasz Święcicki, head of the affective disorder department at the institute of psychology and neurology in Warsaw

Spain: 'caring about what others think'

‘The problems I see most often in my cabinet are related to depression, agoraphobia, marriage issues, psychosomatic worries or have something to do with food. Some patients take medication, and others don’t, as the doctors are on hand. It’s a very Spanish affliction to be worried about what ‘other people might think’. It’s not a disorder in itself, but works as kind of provocation of sorts – being rejected by others is something that really worries Spanish people. I have worked with some foreign patients and they weren’t so different from Spaniards when it came to their personal motivations.’

‘I haven’t heard anyone talking about this report myself. There are two things about mental troubles in general, and depression in particular: the triggers and the causes for that. The triggers can be anything from a break-up of a relationship to a bereavement or huge disappointment. It’s basically anything which would cause a change to the narcissistic component of a person. Secondly, we can distinguish three causes: psychosis, neurosis and depravity which might have roots in childhood. A person isn’t necessarily ill because they are neurotic. Depression is a transversal symptom of those three causes. Our society tends to inflate our egos, which is how I explain the rise of mental issues in Europe. It automatically leads to individualism. Generally speaking, it’s difficult to measure depression. This kind of report tries to pretend it knows what it is talking about. It’s interesting, but it’s not of much interest to me as a psychologist.’

Italy: 'being alone and precarious'

‘This research sounds a bit too alarmist to me. The document doesn’t go into exact detail about what the methodology used was. For example, what does it mean if one person suffered from insomnia? They’re sleeping badly, okay, but after a year or six months? What is certain is that problems such as depression and anxiety have been debated much more in recent times. That explains the high level of consumption of psycholeptics (calming medicaments). Problems which touch the sphere of sexuality – perversions, sexual dependence or suffering from a lack of desire – are more and more common. The collective malaise that you’ll find in Italy is down to a more generalised precarity, which affects people at work, at home with their families but also in their values and ideas. This mostly affects younger generations who find it hard to confront this existential precarity, who are alone and can’t count on a solid network of contacts.’