One man’s fight against migrant persecution in Macedonia

In the midst of the biggest political turmoil in the past decade, protests and counter protests on a daily basis and even talks of inter-ethnic civil war, one man is on a hunger strike in Skopje, the capital of Macedonia.

The man, Suad Misini, is a well-known political analyst on domestic matters. But his struggle has nothing to do with the domestic crisis, currently ubiquitous in Macedonian society. He is not a ruling party apologist, neither a part of the anti-government demonstrations, nor an advocate of the Albanian minority’s nationalist movement.

He is alone on a hunger strike, refusing to eat, drink water or accept medical assistance because of his outrage over the handling of the situation with the migrants in Macedonia. Wait, what? Migrants in Macedonia? Weren’t Macedonians themselves those who leave their homeland en masse, in a search for better life somewhere in Western Europe? After all, roughly 230,000 people are estimated to have emigrated from Macedonia to the European countries between 1998-2011, mostly because of economic reasons.

It is hard to imagine for the locals that they are not at the bottom of the chain of suffering. The wave of fugitives from the carnage in the Middle East has caught everybody by surprise, the under-fire government included. Hundreds and thousands of exhausted people wander through Macedonia by foot, with the last of their belongings salvaged from the horrors of the Syrian war on their backs, seeking refuge at the gates of Europe.

But Macedonia is not their idea of Europe. It’s not a part of their dream destination - the developed world of the EU. Macedonia is just a transit stop on the long road to salvation, a slightly less horrifying alternative to the Mediterranean death boats. Thus, conventional reasoning suggests that these people are not Macedonia’s problem. Ironically, that’s exactly the problem. Focused on our own mess, Macedonians were completely unprepared to deal with these migrants, on an institutional, but also on a human level.

The disgraceful truth is that these migrants brought the worst out of Macedonia on both levels. Many of the travellers have been detained by the authorities in a special facility, until their fate is decided. While the government is doing this in its typically bureaucratic fashion, further slowed down by all its resources dedicated to containing domestic dissent, this filthy ruin dubbed the Centre for Migrants hosts several times more than its capacity of 150 people, with women and children living in inhumane conditions. 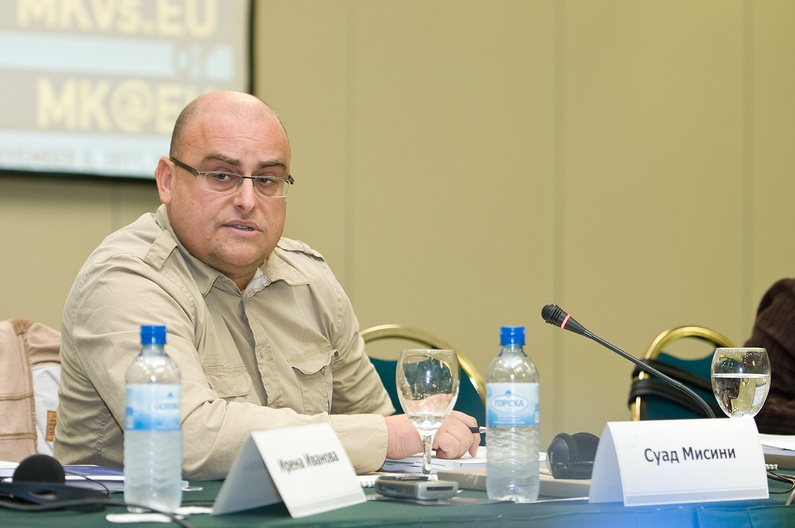 Those migrants that have somehow slipped through the net and avoided this overcrowded prison haven’t been too fortunate either. Some are taken into international human trafficking channels. Others are often mugged and beaten by lurking criminals while walking along the railways towards the north. Local merchants shamelessly try to profit from their tragedy, selling food and water to them at prices more than triple the usual, as a culmination of moral decadence during times of hardship.

To many, this was the biggest shock - witnessing how the once-famous Macedonian hospitality has deteriorated into indifference, cynicism and even greed, through failure to understand that there is poverty beyond our own that needs our help, right now. Slowly, some are starting to react to the horror with compassion, denouncing the migrant’s treatment in the country.

A solidarity march was staged in front of the detention centre, demanding better treatment, while humanitarian actions are organised for those on the roads. The government is also starting to take the issue more seriously, announcing new legislation that is supposed to make life easier for migrants passing through the country, similar to Serbia.

This is what Suad Misini wants. His hunger strike for the hungry is a mission is to raise awareness about the issue, but also to force action through appealing to fundamental human values. As the debate becomes fiercer, many still claim that this is something for the EU to deal with, and that Macedonia has enough problems on its own. They point out to the EU’s own shortcomings when dealing with the migrants.

While these individuals may be right, they need to be reminded that Macedonia’s EU ambition is not just to be a formal part of it, rather to embrace the ideas of the EU. Self-centred isolationism and disregard for human rights are not among them.

YouTube: Migrants In Macedonia Are Trapped In A Tiny Facility