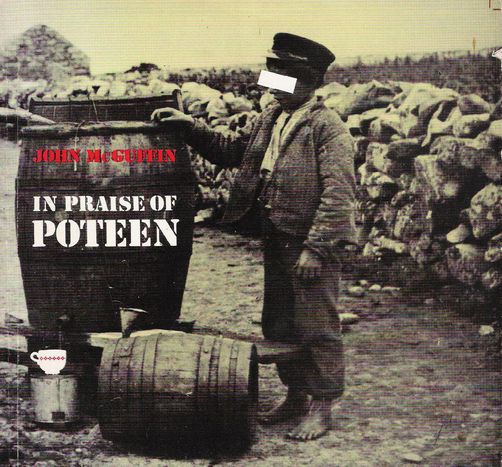 You’ll often find it in a clear, unmarked glass bottle, innocently snuggled at the back of a neighbour’s fridge, but the real Poteen (pronounced 'putch-een') isn’t sold in any shop in Dublin. St. Patrick apparently brewed it, and few people in Ireland haven’t tasted this ultra-alcoholic brew, but the lethal concoction has been illegal here since 1661

The Irish have been distilling uisce beatha (pronounced 'Ish-kah Bah-hah', Gaelic for ‘water of life') since records began. When the curious beverage first arrived in Britain, the English anglicised the word ‘uisce’ as ‘whiskey’. A sixteenth century ban on private alcohol production sent the makers of uisce beatha into hiding. They would manufacture their brew in secret woodlands or lonely bogs in a small, portable vat known as a poitín (little pot). Traditionally, there were many types of poitin, made from blackberries, yeast, sugar or barley. By the 1800s, farmers had to make do with the one crop they weren’t exporting to Britain to pay the severe taxes imposed by the colonial government - potatoes. This new ingredient transformed the home-brewed whiskey into something that packed an altogether stronger punch. 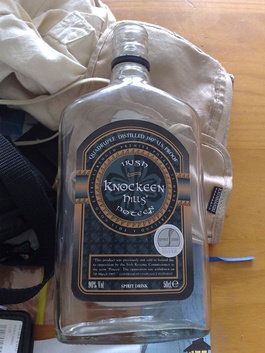 Often coming up at a whopping 95% ABV (alcohol per volume), it’s not difficult to see why poitín has kept on the wrong side of the law. Its centuries-old tradition of secrecy and interdiction has become part of rural Irish folklore. The spiritual home of poitín, as any Irishman will tell you, is in the remote and windswept territory of Connemara, on Ireland’s west coast. If you want to get some poitín today (which a great many people do), chances are that this is where you’ll have to go to find it. Locals here still prepare the mixture by the same method - and with the same secrecy - as they did in the sixteenth century. Production is laborious, requiring steady patience and exacting skill that is passed down through the generations. Once the process has been completed, each new batch of poitín offers up it’s most precious gift: ‘the pure drop’, or the first dram of poitín from the vat, which is renowned for its supposedly magical healing effects. Only the very select few, or indeed the very lucky, will ever have the chance to taste this forbidden elixir. On the other hand, the rest of barrel is freely available on the black market.

Since 1989, Irish off-licenses have been allowed to sell a diluted version of poitín at only 40% ABV, but even this is often for export only. You can be sure, however, that nothing you can buy in a shop compares to the real McCoy - and for that you’ll have to go searching for the local lad in the know. Don’t worry, he’s never far away.

First published on cafebabel.com on 16 March 2010