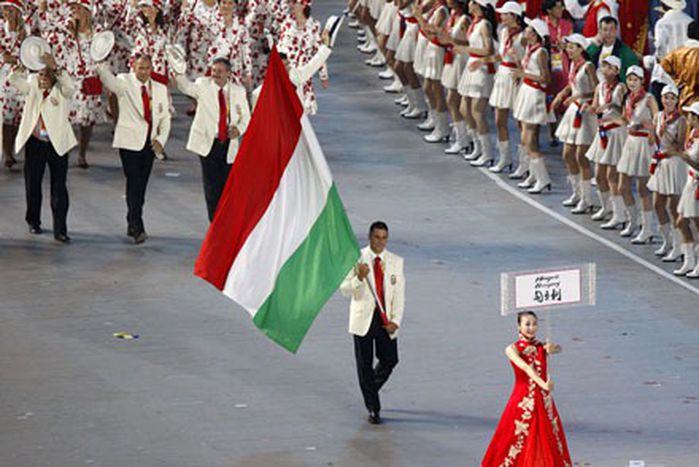 OlympiCafé - a new series of posts dedicated to the Games

Since the start colt of the 29th Olympic Games of modern times will be shot today, we can not help providing you a series of posts on Hungarians representing our small country in Beijing this summer. Get to know the sports and their icons in which Hungarians are traditionally good at and find out more about facts, figures, chances and results! Come, and enjoy with us the Games' fever!

Of course, it is not our task to inform you about the latest news and be the first who report about the triumph of the 302 gold-medal-winners of 30 different sports in which competition will be organised during the upcoming two weeks. There are many sources where you can get such information. But still, the concept behind this new series of posts is to make you acquainted with some information that you might not known so far and call your attention to the performance of Hungarians - often being amazing and particular.

To start with, did you know that Hungarians – that small nation of 10 million people – has the 6th place in overall medals competition??? It is not surprising that the U.S. is by far at the top of the list, but when comparing to point to number of inhabitants, the result is amazing; Following Finland and Sweden, Hungarians are the 3rd most successful.

Since 1896 Hungarians have won the gold medal 157 times. The 1952 Olympic Games of Helsinki was by far the most successful, since Hungarians brought 16 gold medals back home. But which sports are Hungarians especially good at? Fencing is at the top of the list (34 gold medals), followed by swimming (23), while wrestling is in the 3rd place (19). The most successful Hungarian sportsman is Aladár Gerevich who won 7 gold-, 1 silver- and 2 bronze medals between 1932 and 1960 in fencing.

It is not pompousness to state the Hungary is a 'sportnation'. But what are the reasons behind this commanding performance? What are the current problems that we face today – if there is any,– and what are the future prospects of Hungarian sport?

These are the questions that we are looking for answers to with help of Budapest blog members. During the upcoming two weeks we intend to publish a post day-to-day, each dealing with a different sport and its heroes. Since there is not enough place to tell you about all one, we decided to write only about those being especially interesting from the Hungarian point of view.

Besides, the order of sports is determined after the official programme of the Games so that they will be topical as possible. As the first piece of post, tomorrow we are coming with handball, a game very much beloved by Hungarians.