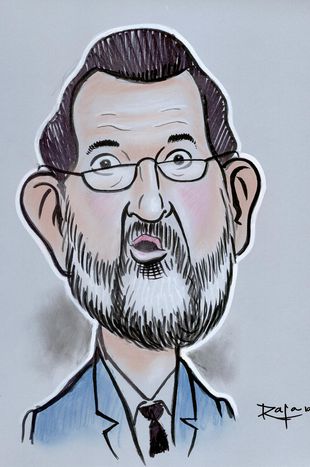 On 21 November early elections in Spain saw the people’s party take power from the socialists in an absolute majority to be led by Mariano Rajoy. It is Europe’s fifth government to fall because of the eurozone crisis. The French, Spanish, Italian, Austrian and local press say: ‘reforms, reforms, reforms’

The election victory of Spain's conservatives could be a turning point in the euro crisis, writes the French conservative daily: ‘Unlike Italy and Greece, Spain has a major advantage in this difficult phase of reforming its budget. The government has broad-based support among the population and has a comfortable majority in the two chambers of parliament. In forming a new cabinet and with his first measures Mariano Rajoy now has the chance to create a favourable climate that will hopefully calm the markets. Nothing is for sure yet, but if Spain manages to extricate itself from the crisis and pull the other southern European economies out with it, the change of government in Madrid could be a turning point in the euro crisis’ (Pierre Rousselin)

After his landslide election victory Spain's prime minister designate Rajoy must finally explain how he plans to lead his country out of the crisis, the Spanish left-liberal daily demands: ‘Rajoy clinched the victory by using his campaign speeches to hold together his heterogeneous base without mobilising socialist voters against him. That may have been enough to win over the electorate, but there's more to governing than that. If his enormous support all of a sudden dwindles it could be disastrous, not only for his people’s party (PP) but for the entire country, above all when people realise their country is on the verge of a crisis from which it cannot emerge without huge cuts. Rajoy avoided saying this in the campaigning, stressing instead the advantages of a change of leadership. The poor economic situation is now forcing him to state matters clearly. He must waste no time in clarifying his programme and appointing the team that is to carry it out’

‘Country far too important to be allowed to stagnate’ – Kurier, Austria

Spain's new government urgently needs the support of the EU to get its finances in order, writes the Austrian liberal daily: ‘Tightening the belt, the recipe for Spain that is now familiar to every last punter, may be necessary. However, this country is far too important to be allowed to stagnate on the southern edge of Europe, and needs more: an EU economic policy that not just opens markets and builds motorways but also helps countries like Spain to become reliable long-term economic partners - even against the dogmas of the free market. Madrid's new government cannot accomplish that on its own. Many people are once more dusting off the term 'Marshall Plan' for southern Europe. That only goes to show how long we have gone without putting enough thought into such genuine economic cooperation’ (Konrad Kramar)

As Spain's new prime minister, Mariano Rajoy has a chance to put the ailing country back on its feet if he acts swiftly enough, writes the Polish left-liberal news portal: ‘Rajoy must impose several unpopular reforms on the Spanish - as soon as possible and disregarding the social climate. This is because Spain can prevent a financial catastrophe, as one of the Spanish analysts has already said. It just needs to effect a manoeuvre called the 'Ave Maria' in American football which consists of shooting the ball from a great distance at the last minute and scoring a point. Spain must meet its EU obligations including reducing its budget deficit by 4.4% in the next few years. This can only be achieved if the new government makes drastic cuts in public spending and saves 30 billion euros’ (Agnieszka Mazurczyk)

The Spanish socialists suffered massive losses in the parliamentary elections, obtaining just 29% of the vote. The indignant movement also played a part in the socialist debacle, writes the Italian liberal-conservative daily: ‘Inexperience, the tendency to improvise and Zapatero's U-turn on tackling the crisis explain the negative judgement pronounced by many Spaniards who didn't belong to the indignant movement against his rule. However, it's obvious that the centre-left governments are no longer under threat just from the traditional parties of the far left who foster the rules of democracy, but also from movements that don't respect these rules any more or exploit them opportunistically. They wield their power by abstaining from voting. The indignant sent a clear message to the ruling socialists: If you carry on like this we will ensure your defeat’ (Michele Salvati)