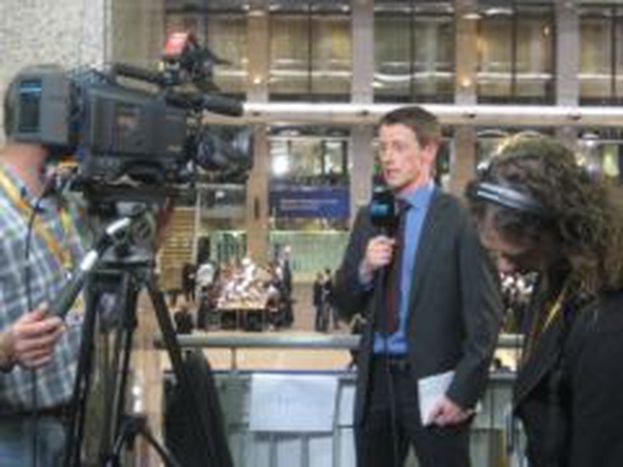 Official - Officious, Are Brits and Italians out of the race?

7 p.m. First rumors are spreading like fire By Pia Menning, Marinka De Rycke and Michael Aurori Rumors among the press members are getting more concrete.
First rumor is in here at the Council. It says that the British have redraw their support for at the position of President. The European socialists gathered today and decided not to back for the position of President.

Rumor says that there is a consensus to appoint . He will start on January 1st and the discussions are more about the staff he will be appointing and the money he will receive.

There are also some quite concrete rumors about the High Representative for Foreign Affairs. The Italian candidate is apparently out of the game. On the other hand British EU Trade Commissioner is regarded as a hot candidate. Her lack of experience is seen by as an advantage by a lot of people, given that the big member states do not prefer a high profile candidate at the post. Further she is a woman and this will answer the calls that where made in the last days for .