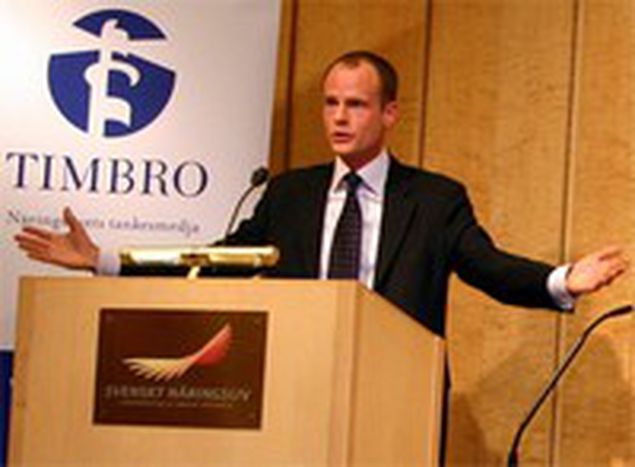 “Official figures do not tell the whole story”

In an interview with café babel, Johnny Munkhammar of Timbro, the free market think-tank of Swedish Enterprise, explains that the Scandinavian model is not all it’s cracked up to be.

You seem to believe that the Scandinavian social model is tantamount to stopping growth and progress. Why is this?

Sweden had the second highest growth rate in the world from 1890 to 1950, but since the tax rate rose from 20 % in 1950 to 50 % in 1980 we have fallen behind. For example, according to the Organisation for Economic Co-operation and Development (OECD), Sweden was the fourth richest country per capita in the world in 1970 whereas now it is down to number 14. It is no coincidence that an increase in taxes and the size of the state has resulted in a slowing down of economic growth, both in Scandinavia and the rest of Western Europe. There are several reasons for this. Firstly, high taxes on companies mean they have less money left for investments, hiring people, expanding and so on. As such, the taxes are a burden for the very businesses that produce growth and prosperity and have resulted in many jobs and companies moving out of Scandinavia. Secondly, we have high taxes on personal income, which makes working less profitable because you don't get to keep very much from your efforts. Thirdly, the high taxes are often used to pay for people who are not working, therefore making work less attractive and unemployment more attractive. Fourthly, the taxes pay for welfare services such as healthcare and education, which are often delivered by public monopolies. This prevents companies from expanding in this sector, which is becoming increasingly strategic as the industry sector is decreasing.

What is the alternative to high-taxes and state-intervention, bearing in mind that the Scandinavian countries have the lowest level of unemployment and the highest standards of living in Europe?

We do not have the highest living standards in Europe. True, we still live off the successes that took place before the state and taxes grew, but we are falling behind. Only one of the 50 largest Swedish companies came into existence after 1970, for example. And the low growth rate is apparent in everyday life; you have to wait for years to have treatment under the national health system. Neither do we have the lowest unemployment. The official figure of some 5-6 % is not the whole story: a recent study leaked by LO, Sweden’s largest trade union, pointed out that the real unemployment level is currently at about 20 %. This is because apart from the 5-6 % officially unemployed, there are almost as many unemployed who are undergoing various public programmes, there are also many others on sick-leave for years and early retirement is exploding… The alternative is a smaller state with lower taxes. This is what was successful before and it is what is successful in the rapidly growing economies of Central and Eastern Europe.

It is true that the economic situation is slightly worse in the large European countries than in Scandinavia. But this is not because we have a big state with high taxes. It is because we actually made some positive economic reforms in the 1980s and 90s. In Sweden, for example, pension reform cut state pensions by about 40 % and people now have private insurance. We also de-regulated telecommunications, so that companies such as Nokia and Ericsson could expand, and we cut marginal taxes. And these kinds of reforms would be the way to success - in terms of increased growth, more jobs and better living standards - for Germany, France and others too.

Can you name any country in Europe where the current welfare system works better than in Scandinavia?

That is a very wide question, also concerning what is meant by welfare systems. If we look at employment, which is important for people's welfare, it has decreased for four years in a row in Sweden. Only 3 million of our population of 9 million go to work on an average working day. The situation regarding employment is better in most other EU countries. Swedish growth, the base for all welfare, is currently one of the lowest in Europe. The annual figure from the first quarter was just 1.4 %. Healthcare is generally good in Sweden, but access to it is one of the worst in Western Europe. The results in Swedish schools are good in some topics, but results have been falling for several years in a row. The situation is in fact often better in many other European countries than in Scandinavia, even if we still live off the old successes - which in any case cannot last.