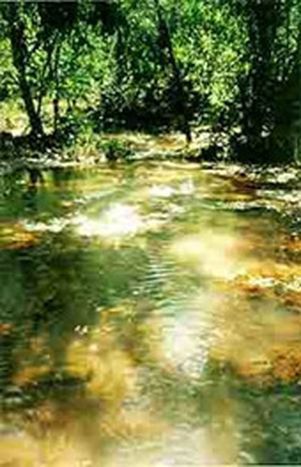 Water for life By Saana Tykkä Here in Vienna, we enjoy clean and tasty tap water. Yet, only few appear to know that water comes from the forests the city of Vienna owns in Lower Austria and Styria. These Viennese watershed forests, Rax, Schneeberg and Hochschwab, are well known to most Viennese from hiking and excursions.

Less known is the fact that the majority of these areas belong to the city of Vienna, and that these forests are vital for the purification and securing the important essence for supporting our life: water. Growing water consumption

The First Vienna Mountain Spring Pipeline was ceremoniously opened already on the 24th of October 1873. It soon became a symbol for liberation from water shortage and the danger of epidemics. In order to guarantee a water supply for the people of Vienna water protection areas and preservation areas were proclaimed around the supply sources of the First and Second Mountain Spring Pipelines. In addition, in 1965, the whole Rax-Schneeberg-Schneealpen massif was declared a water protection area. Nowadays, the water is distributed to Viennese households by two pipelines, which supply all of Vienna’s water. (The approximate consumption is 235 litres/inhabitant per day.) The whole water protection area is approximately the same size as Vienna and tended by the Forestry Office of the City of Vienna.

In this equation, forests and soil are filter and reservoir simultaneously. Without appropriate tree population in the water protection zones of Vienna, the supply of the Viennese drinking water would be endangered. The trees lessen the impact of the rain, which would otherwise wash the soil away. The soil, on the other hand, retains dust from the rainwater and neutralizes the water. In addition, the soil filters the rainwater. The water seeps to the springs underneath through the pores and voids of the soil that are made by soil-dwellers such as fungi and worms, which live in the decomposing foliage of the trees.

In the attention of the policy-makers

This relationship between forest, soil and water has gained a lot of attention during last years from both the international and local decision makers. For example, the Common European water policy framework was begun as early as in 1979. In addition to European Union, also other forest policy bodies such as Ministerial Conference on Protection on Forest in Europe (MCPFE) or United Nations Economic Commission for Europe (UNECE) have placed a strong emphasis on the issue of water. Different management practices are being implemented on securing water for the future. These management practices include excluding the introduction of harmful substances to the groundwater, promoting afforestration plans, as well as supporting other forestry practices that contribute to securing the water quality and supply.

The Viennese Spring Forests are managed with nature-oriented approaches, which include natural regeneration of forests, avoiding clear-cuttings and transporting timber (whenever possible) by cable crane or horses. The trees aren’t tended for economic reasons such as providing timber but to secure the ideal conditions for the soil. Quite surprisingly the spring protection forest has evolved from quite a different perspective. The area was given birth more than 200 years ago when quickly growing spruce was planted on the area. However, in the late 1970s, strong winds destroyed wider parts of the woods in the Rax and Schneeberg. After these destructive winds, the afforestration of the area was begun. Instead of only planting spruce for timber, a mixed forest was introduced. Nowadays, these forests have gained back their health and vitality. The relaxing atmosphere the trees provide us, the chance to exercise both our body and mind as we meander in the areas of Rax, Schneeberg and Hochschwab, is a privilege. But we shouldn’t forget the importance of these trees even when not in the forest.  I propose, next time we open a tap, we might consider raising a toast for the Viennese Watershed Forests and the best tasting water they secure for us.