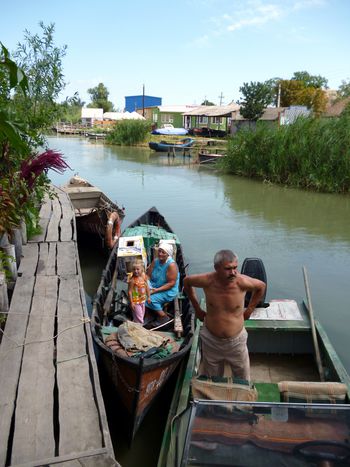 Inspired by British website 'Nerdy Day Trips', we should say that cafebabel.com isn’t just about metropolises and life in the big city, but also Europe’s far-flung corners. A German correspondent discovers pelicans, tortoises and old believers in a sleepy fishing village in Ukraine

Before starting its 2, 480 kilometre journey through Europe to the Black Sea, the Danube forms a delta. The continent’s second largest wetland was declared to be a Unesco biosphere reserve in 1991. The wetland is a popular tourist destination on the Romanian side of the border, while on the Ukrainian side of the border a smaller, less developed area of marshland is waiting to be explored.

Built on a labyrinth of canals which have brought the town some absurd nicknames, the little town of Vilkova is the last settlement before the mouth of the Danube. Along with three Russian ornithologists I am on one of the small boats which inhabitants use to ship visitors through the picturesque delta. The harbour is lined with wooden houses adorned with carvings, while wobbly planks bridge the canals which in summer shrink to muddy ditches. Wooden boats are anchored at the bridges from which old women sell apples, home-made wine and fresh fish. ‘Vylkovo has 3, 000 barges and just 600 cars,’ the ferryman explains. ‘Most of the inhabitants make a living from fishing.’ He tells us that he is a descendent of the people who settled in this area in the 17th century, fleeing religious repression in Russia. Even today the Lipovans, as they are known, continue to speak an old Russian dialect and practice religious rituals which date from the times of the tsarist church reforms. 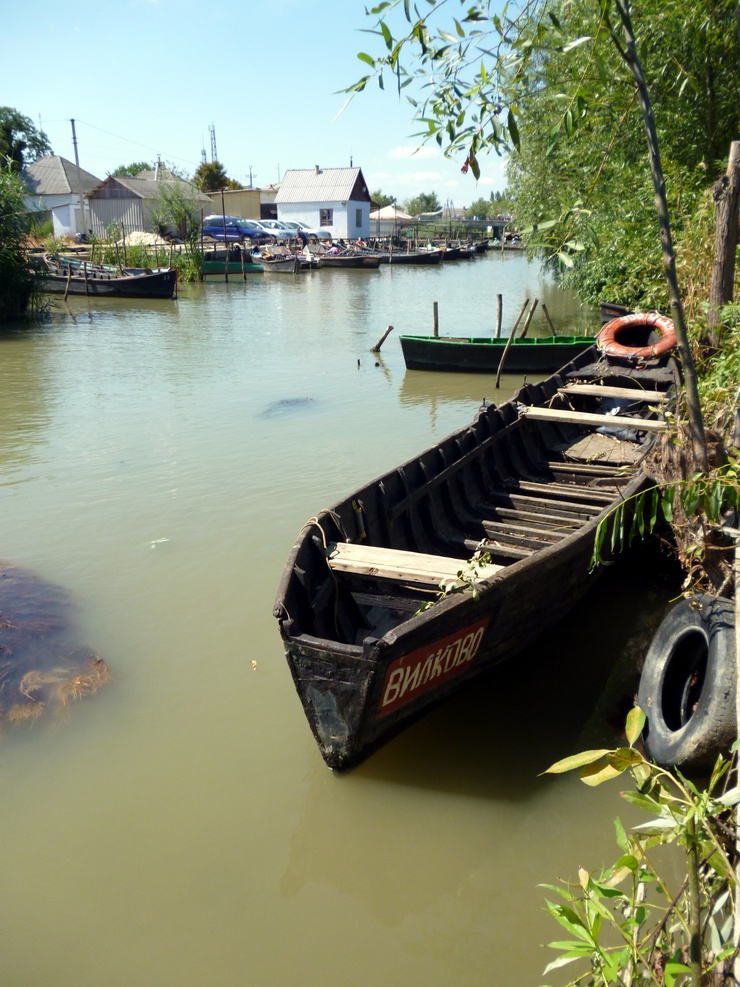 As so-called old believers they don’t attend the orthodox church services but instead have their own church. The delta’s isolation allows rituals and customs to be preserved which have long died out in more accessible regions. Even the landscape of dunes, poplar forests and meadows seems unspoilt. The ornithologists spy rare water birds such dalmatian pelicans as well as egrets, golden eagles and ravens, which are hard to find in Europe today, they say. If we are lucky, we might even spot some wild horses and spur-thighed tortoises. Over 100 types of fishes live in the lagoons, lakes and canals; sturgeon, carp and crucian carp are the most common. Ever since the waters were declared a protected area, they have slowly been recovering from the overfishing of the soviet fish farms. Despite this, diversity has decreased over the last years due to construction and extensions of the canals for shipping traffic. 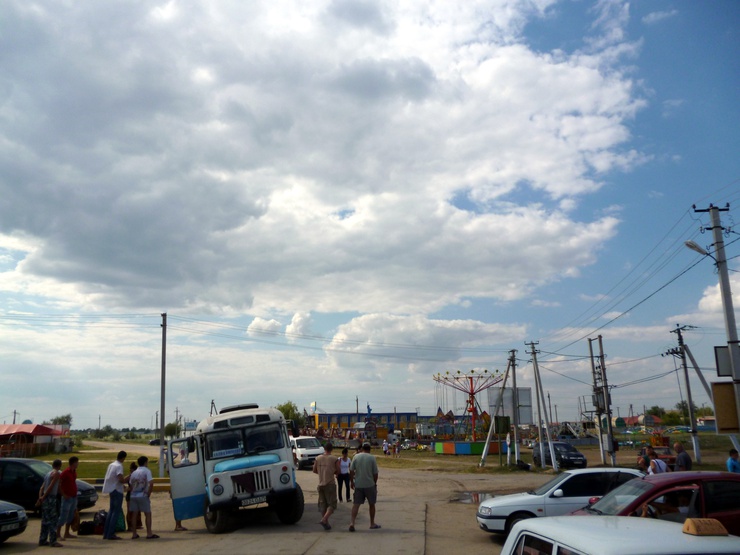 It may be seated at the centre of a stunning landscape but Vilkova is a place of isolation and post-soviet poverty: on the high street, the Lenin boulevard, stray dogs seek respite from the midday heat behind the memorial to Lenin. Many of the small shops have closed down. Vilkova has little in common with its Italian model. In front of a pub, which really is called ‘Venezia’, a few men sit outside, drinking beer and eating dried fish the way I would eat crisps. I order a coffee and am given a schnapps to go with it. The ancient bus taking me back to Odessa winds its way along the country road which is full of pot holes. Viewed from this isolated corner, words like Europe and civilisation seem so abstract that you might think the four and a half hour journey covers not just 200 kilometres but also several decades.