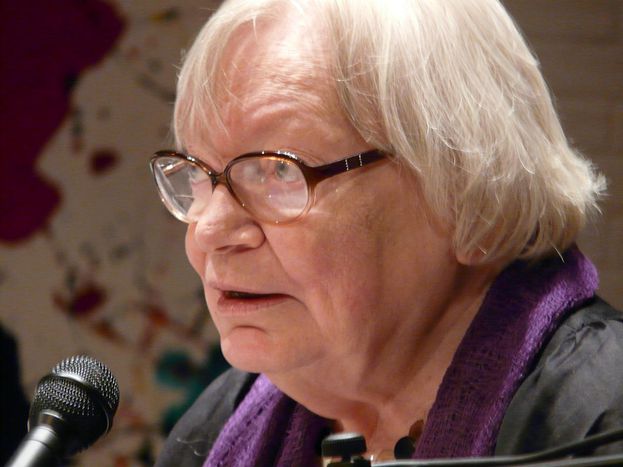 Why learn Welsh? They all speak English anyway. Why learn unpronounceable Flemish, impossible Finnish, self-assertive Catalan or miniscule Danish? But when the Danish experimental poet died on 2 January 2009 in Copenhagen,  a loser language lost its most beautiful voice

I don't particularly like to read Shakespeare. I find it too old-fashioned, too theatrical. The ‘funny part’ just isn't that funny. Reading Herman Hesse is a bit like working: the real satisfaction kicks in after you're done. I'd never read the same Umberto Eco text twice. But Danish poet Inger Christensen’s verses are like the kind of addictive wonderful music, that makes you hit repeat until your roommate comes home (even if repeat is for teenagers). The kind that makes you want to tell everybody about it. Boy did I tell people about Inger Christensen. My affection for her work was so well known, that I learned of her passing on 2 January 2009 from a comment on my own Facebook wall.

The former arts teacher, who is survived by one son, died three weeks short of celebrating 74. With her, my mother tongue lost its most beautiful voice. She has since topped the Danish bestseller charts. National media overflows with programmes, articles and tributes. She got everything except for the Nobel Prize, they say. Whatever that means.

She got everything except for the Nobel Prize, they say - whatever that means

It had been quiet; Christensen, born in Vejle in 1936, didn't publish much poetry again after her 1991 masterpiece Sommerfugledalen ('Butterfly Valley'). After her two previous masterpieces - the 239-page-long semi-political poem Det ('It', 1969) and her enchanting international breakthrough Alfabet ('Alphabet', 1981) - in both of which she challenged her poetry with strict mathematical, linguistic, and alphabetical structures, Butterfly Valley took her poetry - and Danish poetry – to new heights. 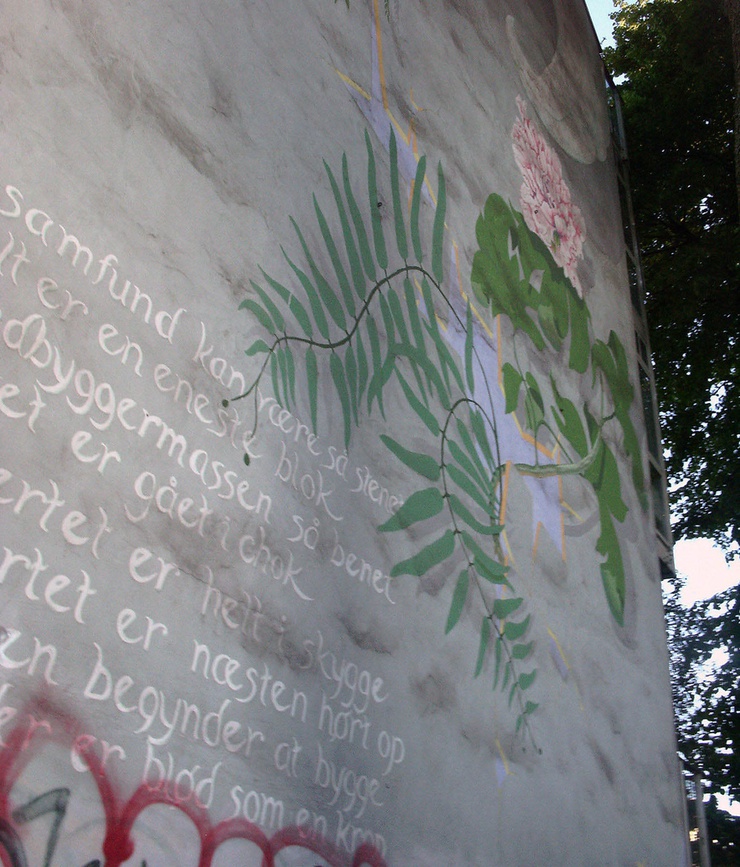 Butterfly Valley comes in the form of a 'sonnet redoublé'. That is a sequence of 15 sonnets, where the last line of every sonnet is the first line of the next. This makes the first 14 sonnets into a cycle. The 15th, the master sonnet, is itself composed of all the first-lines of the other 14 sonnets in the correct order of course. Sound confusing? Try googling it. The impressive, strict structure renders the poem practically untranslatable because of the many rhymes and inter-sonnetary meanings. When I first read it, I sat captivated in my chair, convinced that everything that I knew about language evolution and etymology (which wasn't much, i admit) was just nonsense. This experience, so perfect in form and meaning, was not just a puzzle of random phonemes combined into a nice little verse. It was the very reason why Danish language had evolved into its current state. As if all the words Christensen used did not exist before she formed them, connected them in sentences, and tied them together in verses and sonnets and this.

What did she write about?

The strictness of the form is so impressive that people describing Christensen’s poetry often forget to even mention its meaning; what did she write about? Just alphabets and butterflies? Well, that is where she started. But none of her poetic works deal with just a few themes or topics. In everything she wrote she included the whole universe and everything in it - life, death, love, sorrow, joy, friendship, insanity, art, nature, dreams, memories, reality and everything else that can be named or just alluded to.

Inger Christensen's poetry is still the single, but nonetheless most sufficient, reason to learn Danish

I know this calls for a taste of her words. A sample from a poem, or just a single line. But I can’t bring myself to do it. I read the translations in German and English and they don’t resemble the original any more than My Little Pony resembles a real horse. So why learn Flemish or Finnish or Catalan? I honestly don’t know. But Danish – that rugged, unpleasant language from the flat north - has a secret. A warm, fuzzy secret. When a loser language loses its most beautiful voice, we thank God that books are still in. Because even though Inger Christensen passed away a month ago, her poetry is still the single, but nonetheless most sufficient, reason to learn Danish. Or at least try to, while doing your Erasmus year in Copenhagen.