“Now is the time that the Barroso Commission should act” 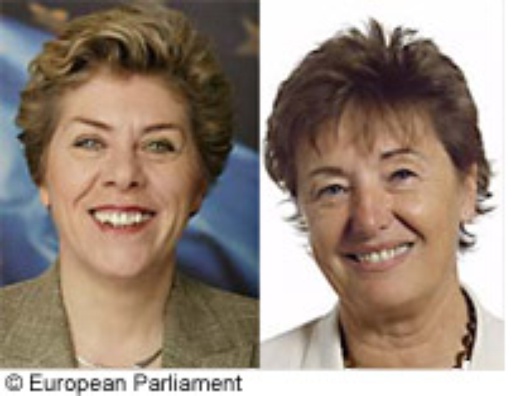 The debate on Turkish accession to the EU has stirred up fears about the impact the entry of such a populous country with a largely different history and cultural make-up could have on the EU. There is no denying the legitimacy of some of the concerns raised in the debate, in particular the failure of Turkey to guarantee the protection of its citizens’ human rights; above all those of women. Two of those to have raised these concerns are German MEP Lissy Gröner, member of the European Parliament’s Committee on Women's Rights and Gender Equality, and Italian MEP Pia Locatelli, President of the NGO Socialist International Women.

Gröner describes women’s rights as a ‘key issue’ for her, which has a definite impact on her stance on Turkish accession to the EU. Like Locatelli, she was in favour of opening negotiations with Ankara, but insists that the country has a lot to do before it can be considered as part of the European Union. “It’s not guaranteed that because negotiations have been opened, the result is ‘yes’to Turkish entry” says Gröner. “Turkey has done a lot to implement the Copenhagen criteria. But the Copenhagen criteria also mean full implementation of democracy, and there is not full democracy if women’s rights are not fully implemented.” Locatelli is a little more positive in pointing out that ”At least now the existence of violence against women is admitted by Turkish society, when some years ago was not considered as a problem.”

One of the principal problems as far as Gröner is concerned is the absence of a political voice for Turkish women, although there are female politicians and there was even a female Prime Minister from 1993-95. Locatelli goes some way to explaining this phenomenon:”I recall a conversation I had many years ago with Turkan Akyol, former Turkish Minister for Women. She told me that it is very difficult to reach women because of the different situations and mentalities that you find in Turkey. It is a country of contradictions.” Now the European Parliament has set itself the task of establishing how well the rights of women (such as the right to mental and physical integrity, to liberty and security, to freedom of expression and the right to choice in marriage) are protected. A delegation of MEPs will be in the country in February meeting women and politicians with the aim of drafting a report on the reality in Turkey. On paper, women’s rights in Turkey are now exemplary. The task of the Parliament delegation is to establish whether this is the case in reality. In some areas, particularly those where Sharia law is still used, this seems unlikely.

Should the EU act?

Indeed, Turkey is not the only country with questionable women’s rights. Gröner is keen to emphasise that Turkey should not be singled out for bad practice – women there are better integrated into the economy than in some current EU Member States, and they are well represented at university, she says. “We will name and blame if necessary,” she adds, referring to the 25 EU member states. But despite the EU’s mixed record on women’s rights, Gröner believes that Turkey’s aspiration to join the club has already led to improvements for its women. “Let’s hope that Turkey will join the EU if it means the improvement of conditions for Turkish women and the guarantee of human rights. It is true that Turkey has a high strategic importance for the European Union. It could represent a political and cultural bridge towards the Islamic Middle East” Locatelli concludes.