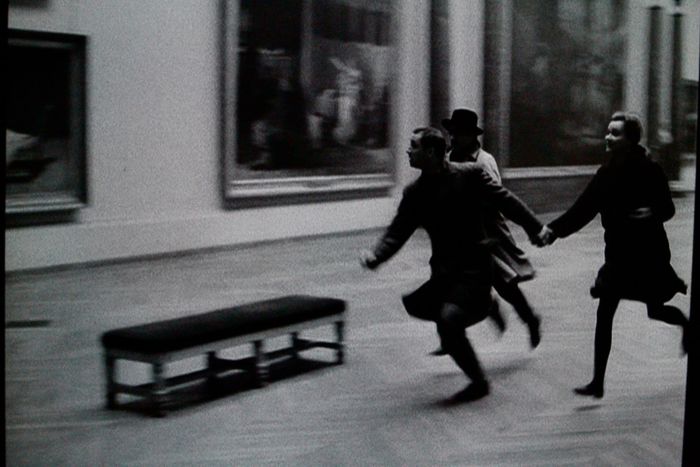 'Tis a seat that has not been vacant for the past seven years, 'tis a seat which has been duly warmed for you by our outgoing editor...and we are hoping to keep it warm, as soon as we can. Please see the details below for more information and share with any interested young people - native English speakers only! Young blood! Come forth!

The not-for-profit association Babel International aims to promote the emergence of European public opinion. Based in Paris, it runs the online participatory magazine cafébabel, in 6 languages. As the first European online media, founded on 1 February 2001, cafébabel is sustained by a highly motivated team of around 1, 500 volunteers (authors, translators, facilitators), has an online community of around 15, 000 people, and boasts a central editorial team of 10 professionals in Paris. The association organises debates, training courses and feature reports, and trains and supports a team of volunteers across Europe.

We are hiring under a 'civic service' contract to:

Any native English language speakers under the age of 26 (imperative), with the desire to be a formative part of a European media association, based in Paris.

Passionate about media and online culture, you enjoy writing and editing articles.

Experience in the practice of participatory journalism (blogging, internet media) is a plus.

French language skills is a plus.

Why a ‘civic service’ contract?

‘Civic service’ is a programme run by the French state which is one step up from an internship. 18- to 25-year-olds can work with an organisation to ‘carry out a mission of general interest’. cafébabel’s mission is to promote European citizenship, and to offer a platform for young Europeans to express themselves through participatory journalism. This placement - of a non-renewable, 8-month duration - is open without the condition of having a degree. Your motivation matters.

Integrated in the heart of the editorial team of cafébabel in Paris, working under the director of publication and editorial coordinator, your mission consists of:

450€ net per month is paid for by Babel International, which also covers:

Possibility of extra 100€ per month increase for those with proof of ‘RSA’ (French minimum state benefits, ‘active solidarity revenue’).

Conditions: To be eligible, you must a native English speaker who is under the age of 26, thus born after 23 October 1987.