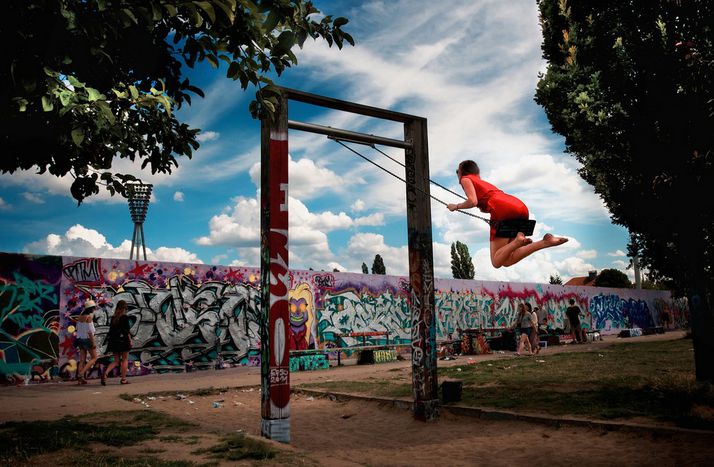 November 1989: Saying you were there

The theatre group would be cancelled on this Friday afternoon because world history was taking place.  A young Berliner's memories of 1989.

The 9th of November 1989 was a cold, clear Thursday. The days before had been grey and rainy, but on that Thursday in November the sun came out. Like most primary school children in West Berlin, school was out after the fifth class and I was home just before one. What I did that afternoon I don't know anymore. I certainly didn't have any appointments. Children didn't have such things in those days. Only on Fridays did I go to a theatre group.  But this week it would be cancelled because world history was taking place.

Not until Friday did everybody understand. The news probably made it into our apartment at night when I was asleep. In any case at the breakfast table my parents were already hysterical. The news program of RIAS-Berlin was running non-stop on the radio. At school the teachers said today was a special day which we must never forget. The play rehearsal was cancelled. One got a sense something was happening.

In the early evening on the radio the bastions were falling every minute: Sonnenallee - open, Checkpoint Charlie - open, Glienicker Bridge - open, Kirchhainer Damm - open. My grandmother packed all the sweets we had in the house into jute bags. We drove with them to the main road of our district which had for decades been a dead end. Now it became the gateway into the west. We stood at the side of the street and knocked on the Trabbis. The Trabbis honked. We lit candles and handed out sweets. I saw some children from my class with their parents, all of them were armed with similar bags, many adults had moist eyes. 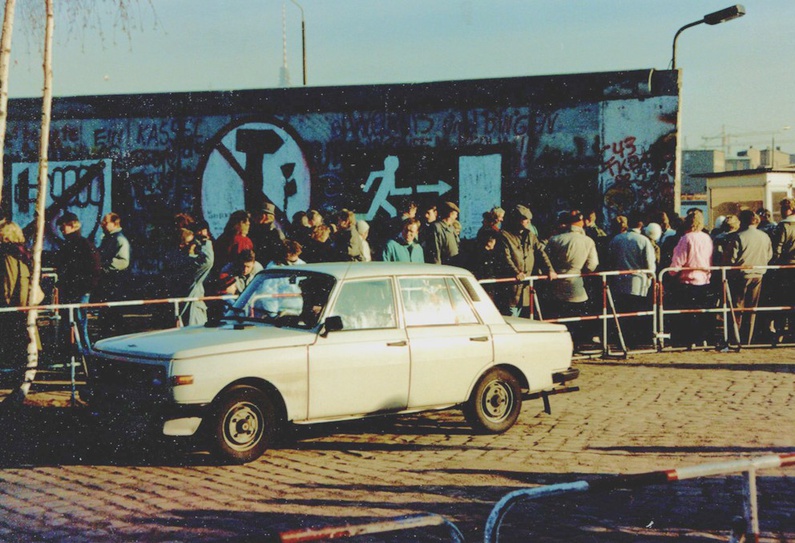 I was there in the back of the Kombi Van

In the evening I was at the Brandenburg Gate. At least according to family legend. Unfortunately I can remember nothing. According to my parents I lay in the back of our VW Kombi van and slept blissfully while outside history was being written. If today people ask me where I was at that time I always say: I was there.

What had actually happened? There are several very different answers to this question. The journalist in me would say that a grey-haired gentleman gave a poorly prepared press conference and through his slips of the tongue released a political tsunami. The historian which I have become would, to be on the safe side, say nothing at all but tilt her head thoughtfully. She would counter with the question: Can major historical events be understood at all from close proximity?

What more is a quarter century than just the blink of the eye in world history? Patience please Ladies and Gentlemen, at the appropriate time we will tell you how and why the Cold War came to an end and whether the transformation of the world, which perhaps first entered a noticeable new phase only on the 11th of September 2001, fulfilled the euphoric hopes of the moment or perhaps on the other hand disappointed.

However the child in me that I was back then answers that there was something in the cold, clear November air.  Something that was different to the day before and which brought the grown-ups to tears. Something which shows us that everything can always turn out always differently to what we think.