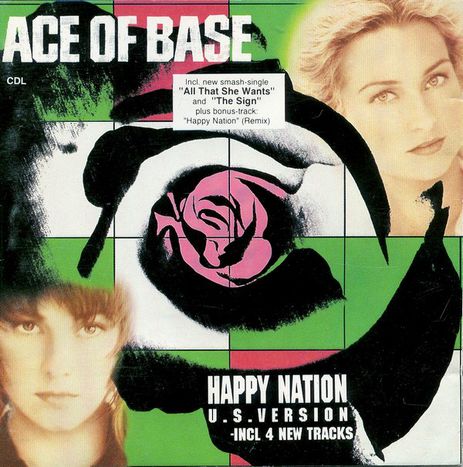 Nostalgia: Sweden's top of the pops in the nineties

Swedish hits had the whole world bopping around from 1989 to 1999 thanks to artists such as Neneh Cherry, her brother Eagle Eye, Ace of Base and The Cardigans: a selection of the best Swedish music videos from the end of the 20th century

Originally from Gothenburg, Ace of Base (the name allegedly comes from their feeling of being 'masters of the studio'), was made up of siblings Jenny, Linn and Jonas Berggren, and friend Ulf Ekberg. From the early nineties, Ace of Base had a string of hits including The Sign, UK number one All That She Wants and Don't Turn Around. Their style is often compared to that of Abba

In 1989, the young Neneh Marianne Karlsson experienced her first global success with the hit Buffalo Stance. The singer was born in Sweden to American parents, and is also the sister of musician Eagle Eye Cherry. After a break in her artistic career, Neneh Cherry, 45, was back on the scene in 2006, with the group Cirkus. They jammed together in a free concert in Paris on 5 August last year, and reprise the gig this year on 7 August. Catch them at the Hotel de Ville

Save Tonight is undoubtedly the success of Neneh's Stockholm-born half-brother, Eagle Eye Nanoo Cherry, 38. An intriguing music video, a classic song, and it gives us a feel of what 1997 was like! The singer's fourth and last album Live and Kicking climbed back up the charts in 2006, and was a collaboration with various artists, including French singer Gérald de Palmas

Izabella Scorupco, 39, was a Swede of Polish origin who made her debut with the song Shame shame shame. The pretty blonde then hit Hollywood, becoming the James Bond Girl in GoldenEye alongside Pierce Brosnan

A 100% pure Swedish group. Lovefool was the first single released from album First Band On the Moon. The Cardigans have not been on the scene since 2005, but lead singer Nina Persson, 34, has gone solo and acted, as well as collaborating on a range of projects, such as the album Dark Night of the Soul

One-hit wonder? Emilia Rydberg, 31, had everyone singing tunelessly that they were a Big Big Girl. The Stockholm-born singer has an Ethiopian father and in June 2009 released latest single Teardrops

Making me gloooooriouuuuuuus .... does this song mean something to you? Jon Erik Andrea Johnsson, 39, has had his most famous hit used in adverts ranging from chocolate spreads to Volvo

We end on a former Eurotrash (the UK show) star. Before playing the role of a bimbo on French and Italian TV (check out their version of The Wheel of Fortune) the 1997 playmate of the year, 34, took a blind shot at being a singer. Commercial failure alert