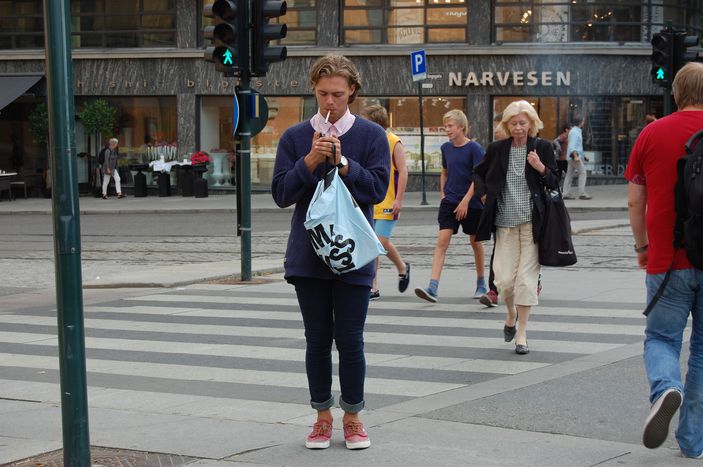 On 24 August, Oslo district court will pronounce a verdict against terrorist Anders Behring Breivik, who admitted killing 77 people on 22 July 2011, but denies criminal guilt. The city itself remains subdued, its people semi-alert

I’m going to sell my horse tomorrow, says the bus driver from Oslo’s Rygge airport to the city centre. As a mop-haired fellow bus driver walks past us this late Tuesday night, she whispers that he has a wife and two children in Sweden, but she’s seen him at a party two years ago dressed up as a woman. Sometimes, he even drives the bus with traces of makeup on and a pair of neat white gloves. Such is my welcome to Norway. The Norwegians I know and meet are generally eccentric, fun and comfortable. It’s normal in an oil-rich country where salaries are advertised at 20 euros an hour minimum for immigrants in construction work. Those are the Polish, most lately.

Norway’s biggest immigrant minorities are Pakistani and Somali. You can see that on the streets. Integration is alive. The August sun is humid, switching to the typical clouds over this Scandinavian country. One reference most modestly from wikipedia describes the weather in Oslo as ‘outstandingly’ cloudy. It’s an eye-catching choice of description. The clouds over the city’s recent history are darker. I don’t choose to mention Anders Breivik or the 77 people that the terrorist killed right here last summer, bombing the government buildings in the city centre before moving 40km east of Oslo to a summer camp for young political activisits on Utoya; nor is it one of those listed on the islands you can visit by ferry on the fjord’s tourist boards east of the city centre. Interestingly, neither do most Norwegians I meet in acquaintance. They settle with a cloudy ‘Did you hear about what happened here last 22 July’. Norway’s version of 9/11 is ‘outstandingly’ boxed, but not ticked and checked. 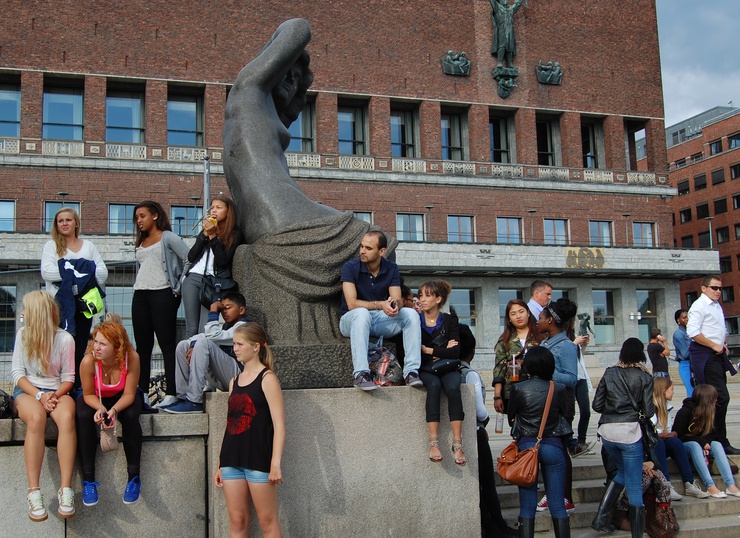 The young Norwegians I do meet echo the feelings of general naivety that their country faces with the gunman’s trial looking set to wind up, especially within its disproportionate judicial system. Petty crime, though low in comparison to European cities, is heavily sentenced as serious crime is so low. ‘We don’t even have a high security prison for him’. ‘He can access letters and newspapers from his cell’. As a prisoner in Norway, the right-wing fanatic even has the right to vote. The topics of multiculturalism and islam which the 32-year-old emphasises his attacks as he was dressed eccentrically in a policeman’s uniform were against, do not seem to have an everyday resonance.

Reports prove stricter security measures could have stopped much of the damage and deaths in Norway’s first such attack since world war two happening earlier. I subconsciously question Norway's only police surveillance helicopter, which circles now and again over the city. Whilst the innocence of some may well have been pierced as Breivik flourishes in prison with his internet connection, the muted climate of fear is expounded by new threats. A 12-year-old girl who went missing in south London in the midst of its olympic games made national news, but Londoners did keep on with their Olympic fever. Sigrid Giskegjerde Schjetne, the 16-year-old girl who is now missing from Oslo, symbolises the latest criminal trend, in a rise on assaults against young women. As if in a twisted Norwegian folk tale, the figure of a lone wolf continues to haunt the capital’s people, who hesitantly await Breivik's fate on 24 August, unsure if their system can follow through.