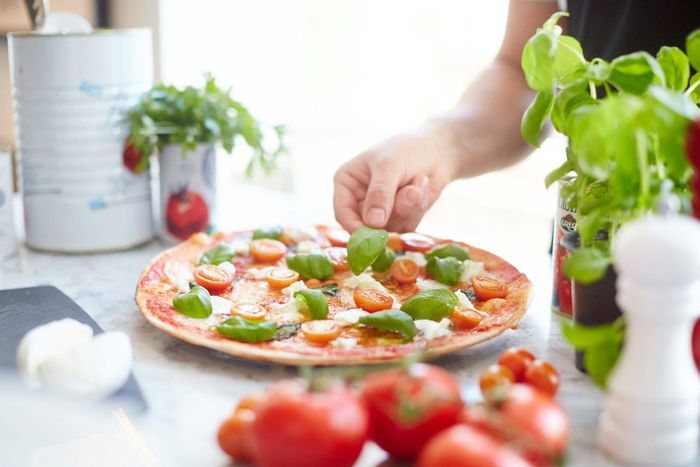 Yet, as we know, the rest of the world experiments with toppings, much to the horror of our Italian friends. Here’s a list of pizza toppings we've tried, from the strange to the offensive:

For our Italian editor Cecilia, it’s the pineapples that really rankle: “Hate is a strong word. And the Canadians are a pretty inoffensive bunch of people. So you might be wondering, why should I hate Canada? Well, if you’re Italian and, though it doesn’t really need to be said, you’re (probably) in love with pizza, you can (maybe, very tenuously) justify this strong reaction.

And the reason is this: despite its name, the Hawaiian pizza has nothing to do with Hawaii: it's a Canadian idea. And there is nothing to be proud of here - putting pineapple on a delicious mix of tomato, mozzarella and ham should be a crime against humanity. Look, I’m kidding (to an extent...) but eating pizza with pineapple or with pasta on it… for me it's too much.” 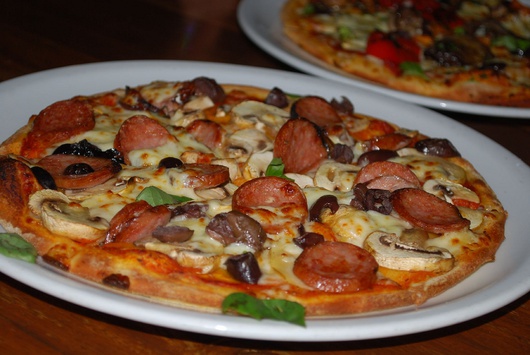 Spanish editor Ainhoa had high hopes but was disappointed by the final product: “I once tried a 'pizza hot dog' in Madrid from a takeaway. I thought it would be quite nice to eat this pseudo-hot dog with the dough of a pizza. I had imagined it to be something simple with tomato, sausage and cheese.Instead, it was some strange combination of pizza and hotdog, which ruined the taste of both – an impact multiplied by copious amounts of ketchup, mayonnaise and mustard.

The dough tried to imitate the texture of a hot dog so it was very chewy.  It ended up being nothing but a ridiculous amount of condiments, too spicy to convey any specific taste.”

As for my own experience with strange pizza toppings, the strangest one was suggested by some Dutch friends in Denmark. They proudly put forward the idea of banana slices and blue cheese. Yes, you’ve read that correctly. It sounds pretty horrendous, but it’s genuinely not so bad. If you’re feeling adventurous or perhaps bored, give it a go! What’s the worst that could happen? 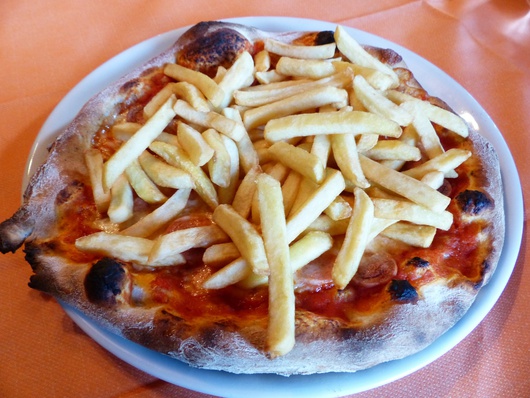 If you’re Italian, look away now. It’s for the best. This one is from Matthieu, our French editor, and no punches have been pulled. “We might now know the name of the inventor of kebab - who died in 2013 - we are still looking for the guys behind the kebab pizza. It’s obviously not a dietician but a random genius that had the initiative to gather a student's two greatest passions: pizza and kebab. The principle? It’s simple. Take everything between your kebab’s flatbread and put it all on a pizza. Yeah, the fries too.”

To our Italian readers and general pizza connoisseurs, on behalf of all of cafébabel: mi dispiace tantissimo, mi sento molto in colpa per cio' che ho fatto , vi chiedo perdono!